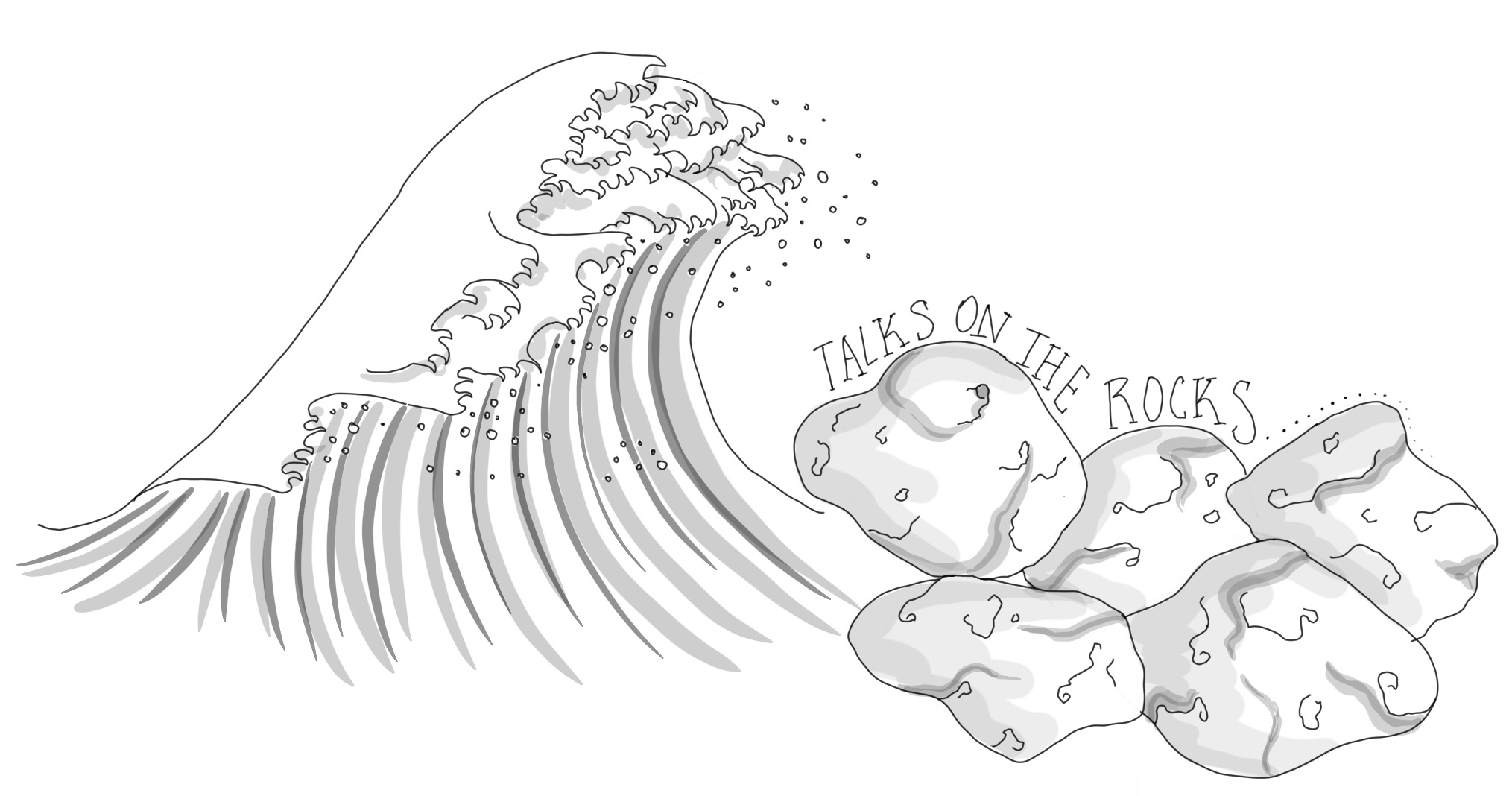 Plastic spiderwebs hang from the rafters, and patrons and barkeeps flit around, masquerading as witches and clowns. It was Halloween at Shay’s Pub in Harvard Square. It was also the first installment of a new column in The Harvard Independent, “Talks on the Rocks”—in which three members of our editorial board converse over drinks with one of Harvard’s many diverse and accomplished student organizations.

For our first conversation, we sat down with two members of the John F. Kennedy Jr. Forum. The slasher film soundtrack playing overhead and the werewolf statue guarding the door were apt to the topic of discussion: the future of political discourse and how the JFK Jr. Forum is attempting to rescue it.

At the Harvard Institute of Politics’ JFK Jr. Forum, Ryan Tierney ’24 and Cormac Savage ’25 serve as the Director of Community Partnerships and Director of Ideation, respectively. While Tierney organizes representative student body engagement, Savage oversees the acquisition of global thinkers to the Forum’s space at the Harvard Kennedy School.

Founded in 1978, The John F. Kennedy Jr. Forum, held at the Kennedy School of Government, “regularly hosts leaders in politics, government, business, labor, and the media,” according to its website. Members of the JFK Jr. Forum work in conjunction with other IOP staff to schedule visiting or guest speakers up to four times a week. The 40-minute talks are typically moderated in a conversational format, followed by an opportunity for attendees to ask questions.

The ability to enter directly into conversation with decision-makers is distinct from the political discourse occurring elsewhere on campus. Tierney said, “With other political debate platforms on campus, no one leaves getting any questions answered, and to bring outside voices into the dialogue is really valuable.”

Savage recalled a question from Croatian Prime Minister Andrej Plenković’s appearance at The Forum, during which an audience member asked, “How do you feel about the fact that your party justifies genocide?” Tierney and Savage said the Prime Minister answered the question directly.

Overarchingly, discussions in the Forum allow the public to challenge leaders and hold them accountable, whilst gaining further insight into decisions made behind closed doors.

“Sometimes people do use [the platform] to promote an outside agenda,” Tierney conceded, in reference to attendees who use the unvetted Q&A time to push personal political agendas. Nonetheless, the Forum plays an important role by introducing students to an authentic view of perspectives they may not otherwise encounter. While attendees certainly skew liberal—which as Tierney noted “mirrors the demographics of the Harvard community”—the Committee has made a concentrated effort to bring in conservative voices as well. Tierney even attends the Conservative Coalition’s meetings to welcome students from less recognized political identities to the Forum’s events.

After acknowledging that the Forum committee receives understandable pushback for inviting certain guests to speak, Tierney and Savage both agreed that the only two disqualifying factors for speakers are “election deniers and those who will justify genocide.” That said, the committee seeks to acquire guests that will generate healthy discourse on a variety of topics with representation from diverse cultural, political, and affinity groups students may not otherwise have exposure to.

This past week, the JFK Jr. Forum hosted a guest that Tierney described was “an incredibly interesting speaker,” Dr. Anthony Fauci. As Tierney explained, the Forum has been trying to solicit him since the beginning of Covid. Fauci spent the hour in a conversation moderated by Peter Staley, AIDS and LGBTQ+ activist. The two men discussed Fauci’s career as director of the National Institute of Allergy, masking mandates, and the politics of Covid-19, all while sipping glasses of pinot noir.

Savage wishes to see more student representation in the selected moderators, as student moderators are “representative of all the people in the audience and the questions they have.” The moderators, typically Harvard affiliates with experience in the guest speaker’s particular field, are essentially responsible for the outlook of the entire conversation. They draft questions, direct the speaker to certain topics, and dictate the tone of the discussion.

As the middlemen between Harvard undergraduates and staff at the Harvard IOP, Forum Committee members such as Tierney and Savage are responsible for framing discussions, sparking ideas for future events, and promoting speakers to the Harvard student body.

Forum relevance and student engagement can stem anywhere from guests connected to current events, speakers who represent specific student organizations on campus, or those who defend opinions warranting appropriate controversy.  The structure of this discourse is exactly what distinguishes IOP Forum from other platforms for political discussion at Harvard.

The structure of a 40-minute closed conversation, followed by open discussion between the speaker and the audience, generates a unique appreciation for students and speakers with contrasting opinions. Savage, a self-proclaimed liberal, recounted how the Chris Christie Forum specifically helped humanize a politician he would not typically sympathize with.

“I had to listen to Chris Christie for 40 minutes. I got a sense of not only how he would defend himself but get a sense of him as a person,” Savage recalled. “After hearing his point of view and getting to know him as a person, you feel less inclined to attack him … and that’s the beauty of the structure of Forum.”

The sacred 40 minutes that precede open discussion are not only unique to Forum but also rare in most political dialogues on campus. Rather than forcing ourselves to take alternative opinions into consideration, Savage noted that Harvard students, as well as most Americans, “have forgotten how to disagree agreeably.”

“There are times where political disagreement can change personal relationships at Harvard. That should not happen,” Tierney said. “Forum is one of the only places at Harvard that is moving in a direction to make that open discussion more accessible.”