Wisconsin Watch is a nonprofit and nonpartisan newsroom. Subscribe to our newsletter to get our investigative stories and Friday news roundup.

Rebuking far-right officials who last year gained control of their school board, concerned residents of Kiel, Wisconsin, this month clawed back political power by blocking the ouster of a popular superintendent.

Two members subsequently resigned from the Kiel Area School District board, returning the usually seven-member body to a moderate majority — at least temporarily.

It’s the latest chapter in a saga that last spring erupted into bomb threats and left some feeling their northeastern Wisconsin community, population 4,000, had been “hijacked by something bigger.”

With his contract set to expire, Superintendent Brad Ebert faced scrutiny from a small but vocal group called Tri-County Citizens for Education. In 2022, the group pushed restrictions on certain library books, sought to block anti-racism training and helped flip the school board to a majority that criticized efforts for racial equity and LGBTQ rights.

Concerns that the board would oust Ebert spurred residents to pack the Kiel Performing Arts center for a Jan. 4 meeting. So many attended that district officials moved the meeting from the high school library. Nearly all 26 residents who shared comments called for Ebert to stay, with many blaming the board for Kiel’s recent political turmoil.

Ebert’s supporters pointed to balanced budgets, the high-fives he gives students walking into school, his attendance at basketball games and other school functions.

“He just never turns off. He’s 100 percent for kids, all of the time,” middle school band teacher Becky Marcus told Wisconsin Watch. “I couldn’t be apathetic and assume someone else would stand up for him.”

After facing the public outcry, the board unanimously voted to renew Ebert’s contract. Board member Jamie Henschel, a Tri-County Citizens ally elected in April, concluded the meeting by resigning, citing unspecified bullying and harassment from board members.

“We need to lose the hate. If you think we are setting a good example for our children in this community, we are not. We are showing them how to divide a community,” Henschel told his board colleagues.

Board members also agreed to discuss removing board president Randy Olm, who was aligned with Tri-County Citizens, at the following school board meeting. Olm resigned days later, pointing to health concerns. He did not respond to questions from Wisconsin Watch.

“Let me be clear, I love working here,” Ebert said in a written statement after his contract was renewed. “I promise to continue to do whatever is needed and whatever is best for ALL students, families and staff to ensure the Kiel Schools are welcoming, supportive and safe for all.”

Ebert remains in his job as partisan culture wars spur an exodus of the superintendents at public school districts in Wisconsin and elsewhere.

Get Wisconsin news you need straight to your inbox.

Sign up for our free story updates and Friday news roundups.

Tri-County Citizens ratcheted up most of the pressure on Ebert. Seeking to block “woke ideology” and lessons on racial justice, the group helped elect like-minded school board challengers last April by canvassing, producing campaign videos and creating a political action committee to raise funds.

Matt Piper, a Tri-County Citizens leader who plans to run for a school board seat in April’s election, declined to be interviewed for this story.

“As exemplified by your writings regarding Kiel, you sir have shown yourself to be an intentional promoter of partisan lies and deception,” he told a Wisconsin Watch reporter. “I pray daily for the conversion of all hearts in your ilk.”

In a previous interview, Piper described Tri-County Citizens as “just concerned citizens reaching out to our neighbors.”

David Voss, a resident whose two children attended Kiel schools, believes the group saw Ebert as a barrier to its goals.

“What nobody said publicly is the real reason Tri-County Citizens don’t want Dr. Ebert as superintendent: He was in the way of their agenda,” he said. “Ebert is anything but a sock puppet. He is a leader.”

Tri-County Citizens criticized Ebert for launching a 2022 investigation into the alleged sexual harassment of a transgender student by three middle school boys.

Support a free and independent press.

If you value news from Wisconsin Watch, make a tax-deductible donation today so we can continue doing statewide investigations that matter to you.

Under a federal law called Title IX, schools must investigate allegations of sexual harassment. After a teacher documented a complaint, the boys’ parents, along with the conservative Wisconsin Institute for Law and Liberty, pushed what they later acknowledged was an incomplete narrative to the media: that the boys mistakenly used the wrong pronouns to address the transgender student.

While the story ricocheted across news media nationwide, an anonymous emailer threatened to blow up Kiel and warned the threats would continue until the district dropped the investigation. The threats spanning nine days prompted Kiel officials to pivot to online classes for the remainder of the school year, cancel the Memorial Day parade and halt in-person government meetings.

As fear enveloped Kiel, the school board abruptly closed the harassment investigation. Civil rights advocates said the move sent a chilling message to school districts that protecting transgender students could put them in danger.

Tri-County Citizens members also pressured Ebert to account for the handling of a separate probe into the bullying of a Black high school student, Armond Wempner, who faced ongoing racial harassment before transferring to a neighboring school district in 2020.

As Wisconsin Watch detailed in October, the Wempner family filed a federal lawsuit against the district, alleging it violated Armond’s civil rights by failing to appropriately address racial hostility.

Despite deep concerns about the way the school district handled the case — including Ebert’s early role —  Amy Wempner, Armond’s mother, supported the superintendent at the Jan. 4 meeting and largely faulted the school board.

“The federal complaint was not filed because of Brad Ebert. If you are looking to place blame for that complaint, look elsewhere,” she told the board.

Wempner told Wisconsin Watch she believes the board hampered Ebert’s response to racial bullying by slow-walking compliance with a legal settlement that required educating staff and students about responding to racism and harassment.

Wempner said she felt compelled to support Ebert after his critics sought to use her family’s lawsuit to justify his outster. In December, the Wempners and the school district settled the lawsuit, with each party agreeing to undisclosed terms.

In campaigning to reshape the school board, Tri-County Citizens seized on wedge issues surrounding gender identity and cast children as victims of a reverse-racist plot to reshape Kiel using critical race theory. Sometimes called CRT, the academic concept asserts white supremacy from America’s past lives on in its laws and institutions, shaping today’s racial disparities.

Tri-County Citizens sought to prevent schools from implementing the anti-racism training required by the Wempner settlement, alleging the exercise would promote CRT.

Such arguments found traction among Kiel voters last spring. But some residents say the outrage politics have worn thin.

“There are a lot of people in the area who are truly more conservative. They’ve lived in this community for a long time and like to see things stay the same,” said Eli Shaver, chair of the Calumet County Democratic Party.

“But I think the extremism of the rhetoric and the subsequent bomb threats really caused a lot of those people to reconsider the positions of the people they had initially voted for, to the point where I don’t think those people will ever be snowed again.”

Jude Allen, a parent of two children in the district, said hostile rhetoric and misinformation prompted her to publicly support Ebert.

“I can say without hesitation I am one of many who would have remained quiet if these extremists hadn’t started spewing defamatory filth against our teachers and librarians,” Allen said.

The possibility that these dynamics would oust Ebert represented a local tipping point, said Shane Konen, who with his wife helped organize a group called Best For Kids to encourage more tolerance in Kiel.

“Until now, a lot of the political stuff in the community has been dealing in abstractions,” Konen said. “But this was about a real person that everybody knew and liked, with the exception of a select few, and that made the issue real for people.”

On Jan. 18, the remaining school board members elected Dan Meyer as their new president. He said he looks forward to refocusing on education issues. But he considers the last two years of rancor lost time.

“What if all this time talking about CRT and false allegations of pornography in schools, about indoctrinating students, what if all that time was used for something positive — like having parents and grandparents reading to young students?” he said.

The nonprofit Wisconsin Watch (www.WisconsinWatch.org) collaborates with WPR, PBS Wisconsin, other news media and the University of Wisconsin-Madison School of Journalism and Mass Communication. All works created, published, posted or disseminated by Wisconsin Watch do not necessarily reflect the views or opinions of UW-Madison or any of its affiliates.

Republish our articles for free, online or in print, under a Creative Commons license.

Scroll down to copy and paste the code of our article into your CMS. The codes for images, graphics and other embeddable elements may not transfer exactly as they appear on our site. You are welcome to republish our articles for free using the following ground rules.

Why Nationalism Is Hostile to America (Part 1) – New Ideal 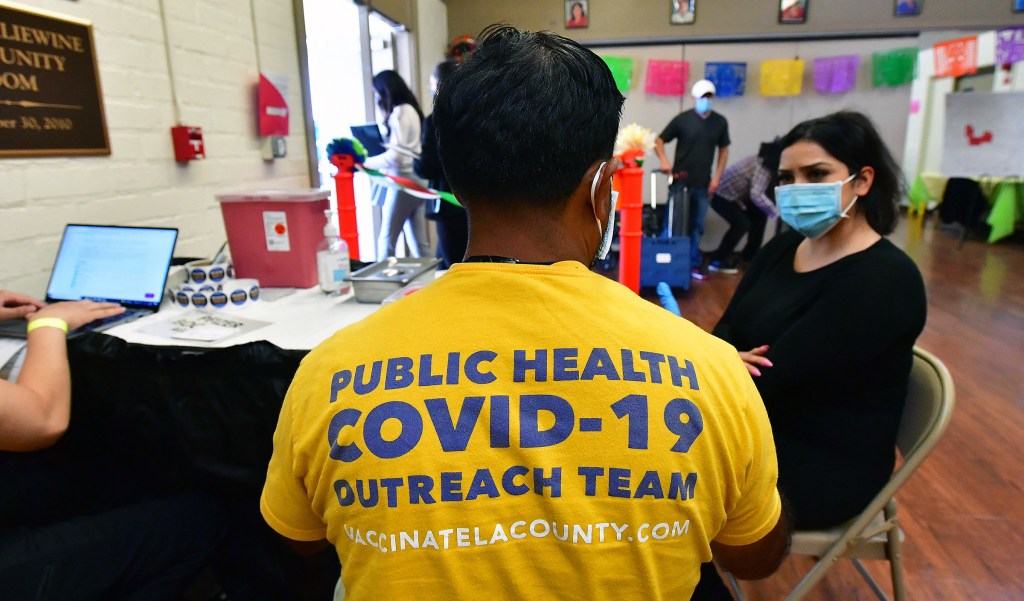 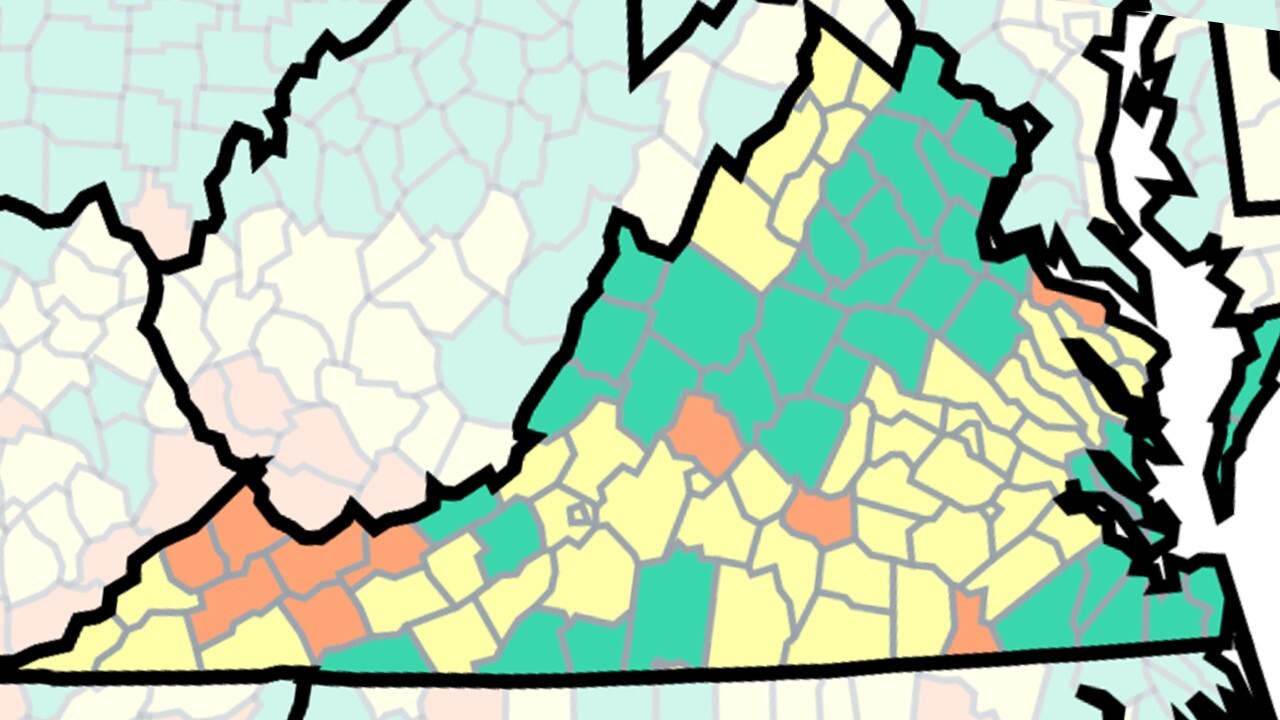 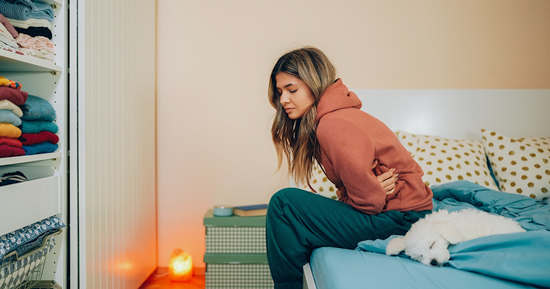