“The View” hosts turned to their audience members Tuesday and asked if they got their third COVID-19 booster shots after announcing co-host Whoopi Goldberg had tested positive for the virus.

“It’s coming back, another friend of mine got it, too. I mean we have to be careful again,” Behar said.

Co-host Sunny Hostin noted it was “interesting” because a lot of people weren’t getting the “new booster.” 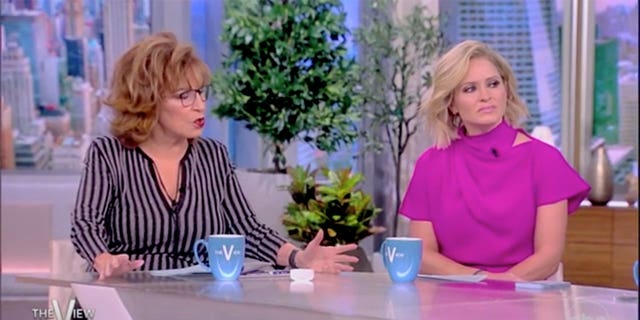 Co-hosts Sara Haines and Joy Behar on “The View.” (Screenshot/ABC/TheView)

“Clap if you had your third booster,” Behar said to the masked audience. The audience applauded loudly in response.

Behar said they were “smart” and Hostin told them it was “worth it.” The hosts then went on to discuss their first “Hot Topic,” Donald Trump’s upcoming potential announcement that he will be running for president in 2024.

Goldberg was also out on Monday, and this marks the second time this year she’s missed episodes of the show because she contracted the virus.

The Federal Food and Drug Administration authorized an updated booster shot that targets the Omicron variant in August.

The updated shots contain “two messenger RNA (mRNA) components of SARS-CoV-2 virus, one of the original strain of SARS-CoV-2 and the other one in common between the BA.4 and BA.5 lineages of the Omicron variant of SARS-CoV-2,” according to the FDA. 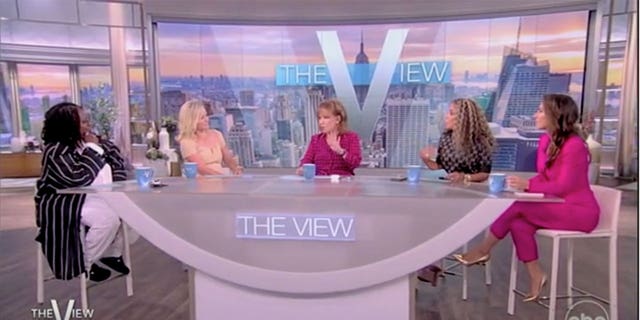 ‘THE VIEW’ HOSTS MOST BLATANT COVID MISINFORMATION AND PANIC MOMENTS

In September 2021, two co-hosts of “The View” tested positive in the middle of the show and left the set ahead of an interview with Vice President Kamala Harris.

After Hostin and co-host Ana Navarro were asked to leave the set, Behar, who also did not know what was going on, interviewed Harris.

The tests ended up being false positives and the show’s producer, Brian Teta, said later that “mistakes were made.” 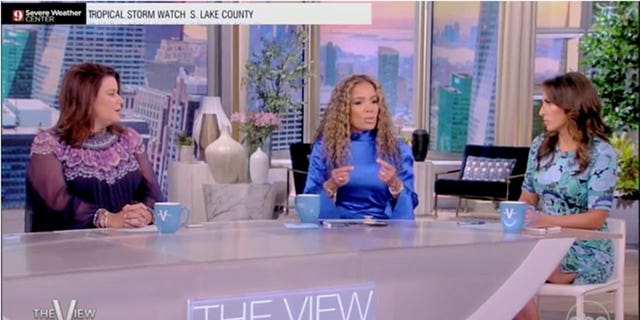 “We found out moments before we came back on the air, and in that moment all I could think of was that we had to keep the hosts safe and we had to keep the vice president safe. She could not walk out no matter what. And that led to some really awkward television that I’d like to have back if I could,” Teta said as he addressed the previous episode.

Hanna Panreck is an associate editor at Fox News.