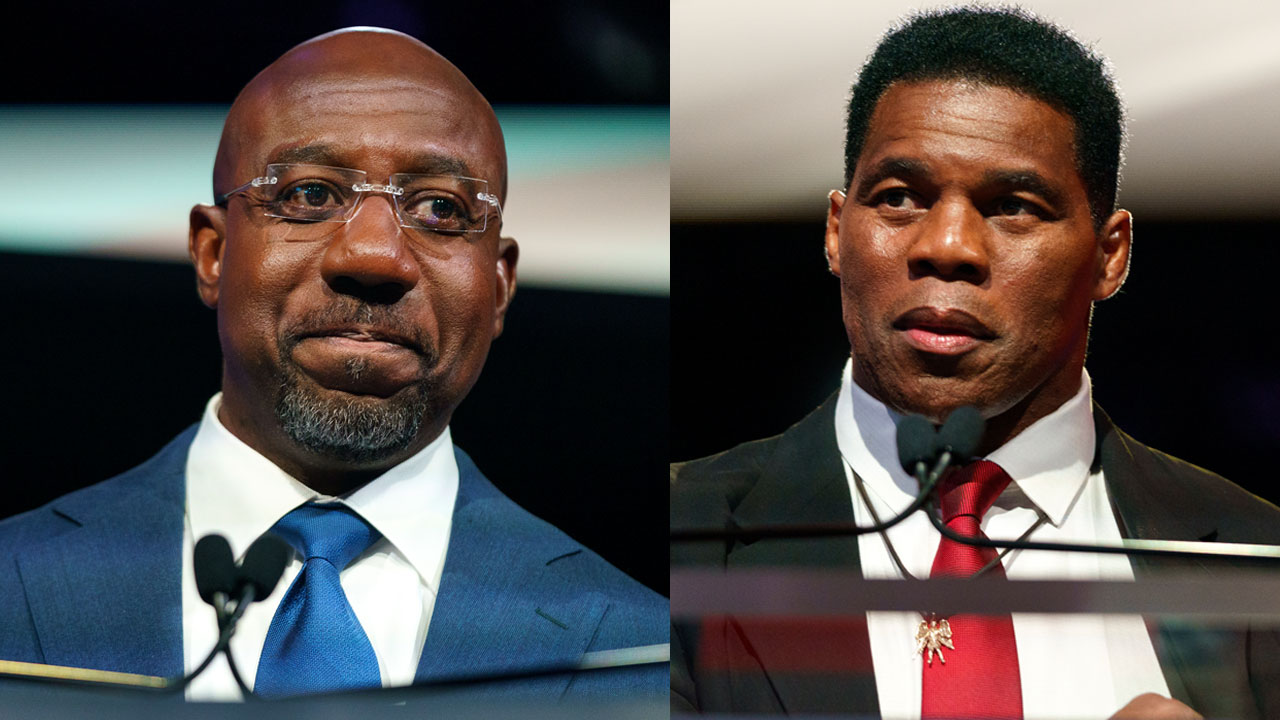 Thank you for signing up!

Why was a runoff necessary?: A runoff is required under Georgia law if no candidate reaches the 50 percent threshold. Warnock won 49.44 percent of the vote, while Walker won 48.49 percent. The remaining portion of the vote went to a Libertarian candidate. Numbers from The New York Times

Why Capitol Hill is watching the results very closely: It will determine whether Democrats will control 50 or 51 Senate seats. 51 seats will make Senate Majority Leader Charles Schumer’s (D-N.Y.) life much easier. One senator alone (cough, Sen. Joe Manchin (D-W.Va.) or Kyrsten Sinema (D-Ariz.)) can’t tank a Democratic bill. Plus, Senate committees are divvied up proportionately, so while Dems would chair committees in a 50-50 Senate, committees would have even representation.

What FiveThirtyEight is saying about the race: “Warnock has a small polling lead in Georgia — But Walker could still win.” The latest polling graphics

Tidbit — what happens when all the campaign reporters have one place to be (and that place is easily accessible by airport: The Atlanta Journal-Constitution’s Greg Bluestein tweeted a photo of the swarm of reporters in Atlanta last night. Photo

FIVE THINGS TO WATCH ON TUESDAY:

2. “Are the polls wrong, again?” — Polls definitely point to a Warnock victory.

3. “How does Trump react?” — If Walker loses, does Trump blame him? Does former President Trump go radio silent?

4. “Has Walker lost the middle?” — “One data point from Nov. 8 was especially stark: Walker won roughly 200,000 fewer votes than his party colleague in the state, Gov. Brian Kemp … That pointed to a potentially grave problem for Walker — a seeming inability to connect with moderate Republicans and independent voters.”

5. “Does Warnock thank Biden?” — “If Warnock wins, it’ll be worth noting whether he name-checks Biden in a victory speech or tries to maintain his independent image.”

Full explanations for each, from The Hill’s Niall Stanage

There’s a 70 percent chance of rain in Atlanta. How that could affect turnout

It’s Tuesday. I’m Cate Martel with a quick recap of the morning and what’s coming up. Did someone forward this newsletter to you? Sign up here.

Former President Trump drew criticism last week for calling for the termination of the Constitution so he could return to the White House as president.

How Trump reacted to the criticism: “On Monday, amid extensive coverage of Trump’s comments over the weekend, the former president claimed he did not want to ‘terminate’ the Constitution, but he stood by his belief that there should be a do-over of the 2020 election or that he should be returned to the White House.”

Trump’s clarification on Truth Social: “The Fake News is actually trying to convince the American People that I said I wanted to ‘terminate’ the Constitution. This is simply more DISINFORMATION & LIES, just like RUSSIA, RUSSIA, RUSSIA, and all of their other HOAXES & SCAMS … if an election is irrefutably fraudulent, it should go to the rightful winner or, at a minimum, be redone. Where open and blatant fraud is involved, there should be no time limit for change!” Trump’s full Truth Social posts

This isn’t the only controversy Trump has found himself in recently: Think: Trump’s pre-Thanksgiving dinner with Ye and white nationalist Nick Fuentes.

How these controversies could play out, both in the GOP and more broadly, via The Hill’s Brett Samuels

From The Hill’s Al Weaver

Lol — ‘one room even has a plant’: “On Monday, employees returning to work at the company’s San Francisco location were greeted by modest bedrooms featuring unmade mattresses, drab curtains and giant conference-room telepresence monitors — a significant upgrade over the Therm-a-Rest+sleeping bag situation showcased by one Twitter employee in November. One room even has a plant.”

A source reacted to the beds: “One source said that no announcement or context was provided to employees, and presumed that the beds are for remaining ‘hardcore’ staffers to be able to stay overnight at the office. ‘It’s not a good look,’ they said. ‘It’s yet another unspoken sign of disrespect. There is no discussion. Just like, beds showed up.’”

Nancy wants to leave on a high note:

Speaker Nancy Pelosi (D-Calif.) is aiming for a series of political wins during lame duck before she steps down as the Democratic leader.

The Hill’s Mike Lillis on what to expect

TIDBIT — WHAT LAWMAKERS ARE COMPLAINING ABOUT ON TUESDAY:

Punchbowl News’s Jake Sherman tweeted that he and his colleague Heather Caygle “have both heard complaints about the food at the White House congressional ball on Monday night. Yes. Members and staff complain about this. Apparently, there wasn’t enough and it wasn’t as good as the Obama years. Lots of people complaining.”

The flu shot is a magic potion this year:

Centers for Disease Control and Prevention (CDC) Director Rochelle Walensky said on Monday that this year’s flu shots appear to be “a very good match” for the strains of influenza.

Yes, but: Flu shot numbers are down this year, including for seniors, children and pregnant women. The numbers from CNN

The Atlantic’s Amanda Mull tweeted, “what was the best novel you read this year[?]” Read the responses of suggestions for books to read

Wow, this is stunning:

Photographer Dave Lyons tweeted, “Last night with the US Capitol Christmas Tree – with calm winds and clear skies, I returned to take a clear reflection photo. What a view!” Photo — this looks like a movie or book cover

The New York Times’s Jane Coaston tweeted, “If you live in DC and have small children the Botanical Garden now has model trains and every small child here is riveted.” Watch

The House and Senate are in. President Biden is in Phoenix on Tuesday. Vice President Harris is in Washington, D.C., with no public events.

And to leave you smiling, here’s a dog who can move and groove to the beat