The Perfect Enemy | The Fed will have to inflict some temporary pain to get inflation under control - The Dallas Morning News
Skip to content
May 27, 2022
Read Time:4 Minute 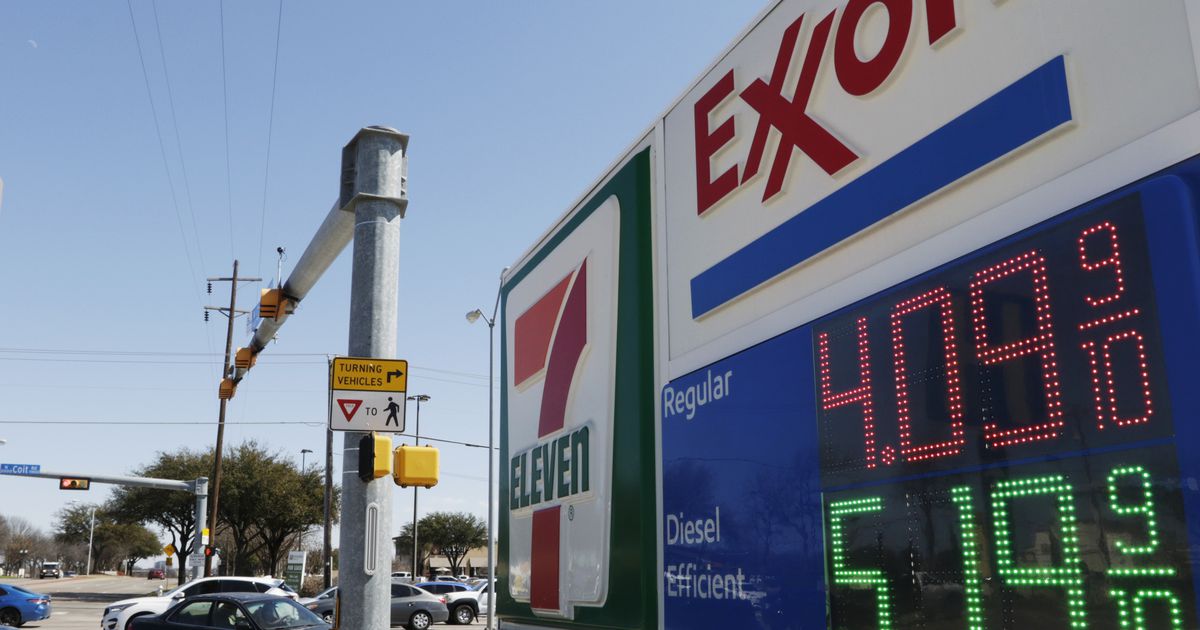 Whether paying for gas or groceries, it is apparent that we are experiencing a price inflation surge. And history is not on the side of those who argue it will be brief.

The disagreement about the extent and duration of the inflation spike is testament to the imprecision of monetary policy. This ambiguity frequently invites policy mistakes, including when to take corrective action.

History shows that rate hikes can rein in inflation if they are sustained until the public regains trust in price stability. But this approach requires the political will to withstand short-term economic pain.

Based on economic indicators and policy tools, we know when conditions exist for a sustained inflation increase. In our current economy, these inflationary conditions have occurred due in part to the necessary efforts to stem both the housing crisis more than a decade ago and the recent economic challenges from the COVID-19 pandemic.

Among the economic indicators used to determine monetary policy are the money supply and short-term interest rates — two variables the Federal Reserve controls. Substantial increases in the monetary base (the raw material for changes in the money supply) and very low interest rates (the federal funds rate) have been the norm. And these variables currently point to added price inflation.

Against the backdrop, the Federal Reserve announced an increase in the federal funds rate on March 16 with the promise that more increases are forthcoming. Ostensibly, the goal is to lower inflation. And yet, there is a cloud of uncertainty about the actual implementation, suggesting the policy shift is too little and too late.

Our research on American monetary policy from 1960 to 2000 shows that policy errors can occur and price stability transitions are definitely not a sure thing. One reason for failure is that monetary policymakers did not have real-time information, or they don’t understand when is best to act. Often in the past they were late and lacked the will to sustain the policy shift. This situation was particularly true during the late 1960s and the 1970s.

Interest rate increases bring their own challenges, a fact that must be acknowledged. Transitions to price and inflation stability require restraining growth in the money supply. But this, in turn, prompts a rise in the interest rate administered by the Federal Reserve. The pain is felt first in sectors that are sensitive to interest rates, such as autos and housing. Slower economic growth and higher unemployment are likely, and there’s a potential for recession.

That economic pain translates into political pain for incumbent politicians, who then seek to curb Federal Reserve autonomy. Politics is a major source of the Federal Reserve’s reticence. But the cost of not acting is greater. When the Federal Reserve has been reluctant to change course in the past, its delays have proven more costly.

The ominous signs witnessed in the 1970s are now in play. For example, the public expects higher inflation, as reflected in wages and contracts, and the lack of prior Federal Reserve action means prices will be difficult to bring down. Worse still in this situation, the duration of the economic slowdown depends on how the public responds in lowering its inflation expectations. Delayed actions or failed timing means inflation expectations will develop a built-in persistence due to the lack of corrective measures.

The Federal Reserve can only influence — not control — inflation expectations. Demonstrating the will to sustain a price stabilizing policy can work, as Federal Reserve Chairman Paul Volcker’s painful experience of the early 1980s proved, but people will have to believe a slower price inflation is coming and that it will endure. Volcker persevered and sustained the price stabilizing policy, which ultimately led us out of a recession that was the worst since the Great Depression.

The challenge is clear. Interest rates will need to increase and at levels and for a duration not seen for many years. This will involve short-term pain. But if the Federal Reserve will sustain price stabilizing monetary policy until it gains credibility, as it did during the Volcker era, inflation expectations will come down and economic stability will follow.

Chairman Volcker’s recollection on his efforts relayed in his book Changing Fortunes states it plainly, “In the end there is only one excuse for pursuing such strongly restrictive monetary policies. That is the simple conviction that over time the economy will work better, more efficiently and more fairly, with better prospects and more saving, in an environment of reasonable price stability.” We could not agree more.

Jim Granato is dean of the University of Houston Hobby School of Public Affairs.

M.C. Sunny Wong is professor and graduate director at the Hobby School. They are the co-authors of “The Role of Policymakers in Business Cycle Fluctuations.” They wrote this column for The Dallas Morning News.

Find the full opinion section here. Got an opinion about this issue? Send a letter to the editor and you just might get published.