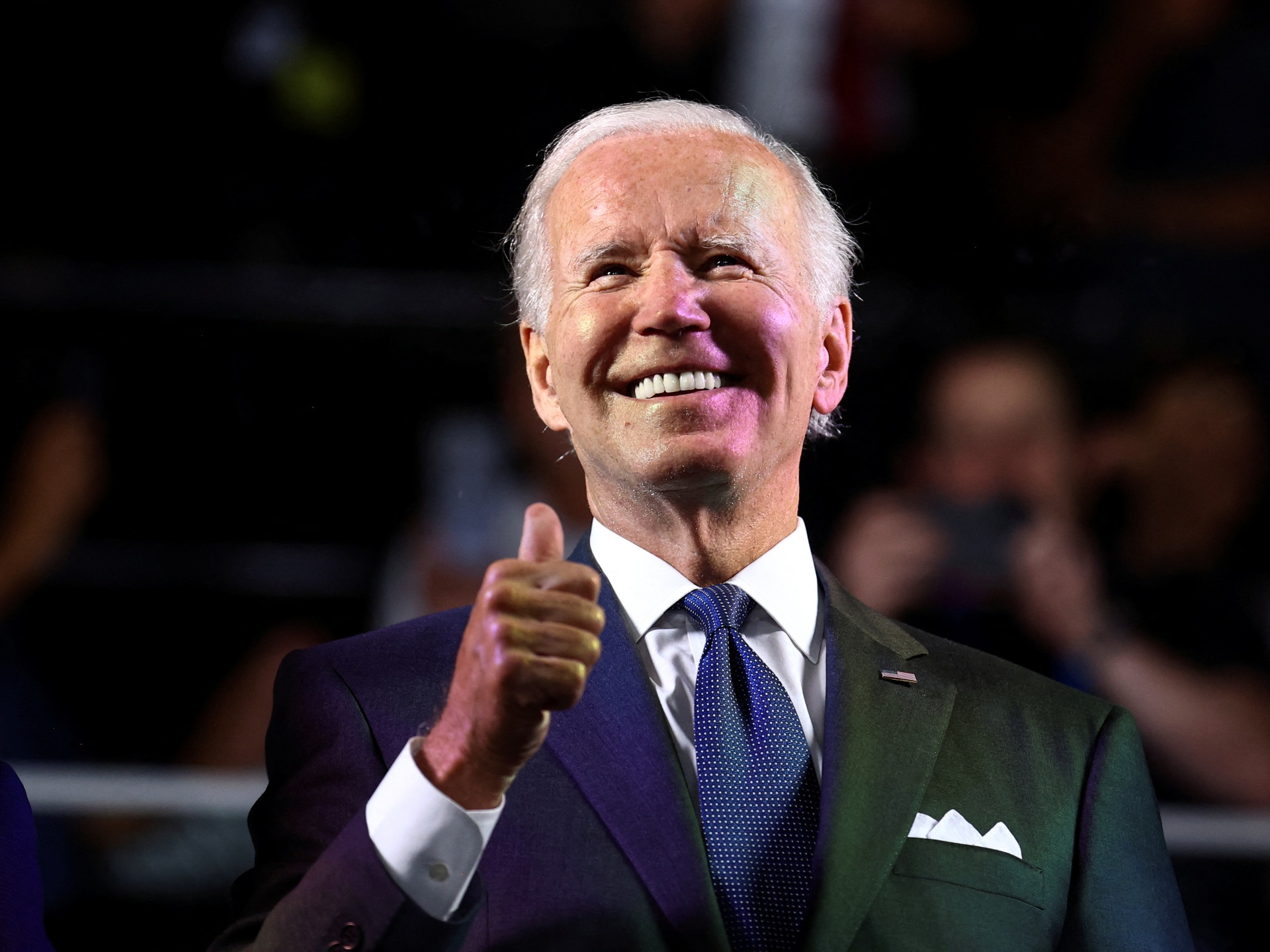 In 2020, during his campaign for president of the United States, Joe Biden pledged to make Roe v Wade “the law of the land”. While the 1973 landmark ruling that legalised abortion nationwide was of course technically already the law of the land, its protections had been successively sabotaged in accordance with the national predilection for trampling on human rights.

Fast forward to June 2022, a year and a half into the Biden presidency, and the US Supreme Court overturned Roe v Wade – a move that disproportionately harmed poor minority women and effectively aborted any pretences to progressivism on the domestic landscape.

Then in October, Biden promised to push to codify Roe into law if Democrats retained both houses of Congress in the November midterm elections.

Now, as Biden hits the halfway mark of his term in January 2023, how has he fared in terms of his other promises to the American left? Granted, this can be a tricky subject for consideration, since any minor deviation from the dominant right-wing US discourse and devotion to neoliberal dystopia is often cast as radical leftism.

Take, for example, the radical leftist idea that we should not burn ourselves and the planet to death with climate change. Although Biden’s pro-climate agenda initially gave the world some hope that the apocalypse was not absolutely imminent, Republican legislators are dutifully labouring to reverse any optimism. The Supreme Court has further rained on the parade by essentially ruling in favour of greenhouse gas emissions.

The conservative majority court has also stymied Biden’s student loan relief project, the fate of which is currently up in the air. In November 2021, the nation’s top judicial body ended the Biden administration’s moratorium on evictions, which had been implemented in the context of the coronavirus pandemic.

And yet Biden’s failures on the “left” cannot be entirely deflected onto his right-wing detractors in Congress and on the Supreme Court. He is also part and parcel of a US political system that is perhaps best defined as a corporate plutocracy disguised as democracy.

As the nominal figurehead of the whole arrangement, Biden inevitably acts to preserve elite power. Recently, he singlehandedly betrayed railroad workers fighting for paid sick leave – despite his previous promise to be “the most pro-union president” in history.

Nor is there any lack of hypocrisy surrounding Biden’s sworn commitment to ending the “forever wars” of the US. After all, there is a vast chasm of difference between saying you have ended war and continuing to saturate the planet with US bases and military personnel.

Then there are the “forever wars” on the domestic front, such as over gun control – an issue Biden was supposed to confront with guns blazing, you might say. The January shooting of a Virginia teacher by a six-year-old student is merely one of the latest indications that Biden is failing dismally to right the wrongs of the US – or to steer the country ever-so-slightly to the left.

There is also the old “forever war” on asylum seekers, which has seen Biden out-Trump his transparently sociopathic predecessor Donald Trump even while promoting more humane immigration reform. According to Biden himself, he does not “like” Title 42 – a Trumpian policy that, using COVID-19 as a pretext, permits the US to summarily expel asylum seekers from US territory without allowing them to apply for asylum as required by international law.

But while Biden’s ostensible efforts to suspend Title 42 expulsions have thus far been thwarted by US courts, the president announced on January 5 that asylum seekers from Cuba, Haiti, and Nicaragua who arrive “illegally” in the US will be summarily expelled and denied the right to seek asylum – a manoeuvre that is possible thanks to none other than the supposedly “disliked” Title 42.

Beyond Cubans, Haitians, and Nicaraguans, of course, there are a whole lot of people victimised by the institutionalised xenophobia of the US – a country that has unilaterally endowed itself with the right to transcend international borders militarily and economically while simultaneously militarising itself against the fallout.

When I asked Lou Dubose, the former longtime editor of The Washington Spectator, to comment on Biden’s performance vis-à-vis the American left at the halfway mark of his term, he reckoned that Biden had “exceeded” the perennially low expectations of a US president.

However, Dubose said, Biden was still “failing humanity” in his handling of the humanitarian crisis on the US border – where families were “still being separated” and where Biden was unlikely to “creatively use executive authority to improve the lives of hundreds of thousands of immigrants living in limbo, with their backs to political violence and starvation in their countries and their faces looking to US for some relief”.

Obviously, relief is the least the US could provide after creating much of that violence and starvation in the first place. Some sort of relief would also no doubt be appreciated by the poor and working-class folks in the US itself who are eternally brutalised by their own government.

But with two more years of Biden, the US’s forever war on humanity is far from over – and there is no relief in sight.

The views expressed in this article are the author’s own and do not necessarily reflect Al Jazeera’s editorial stance.