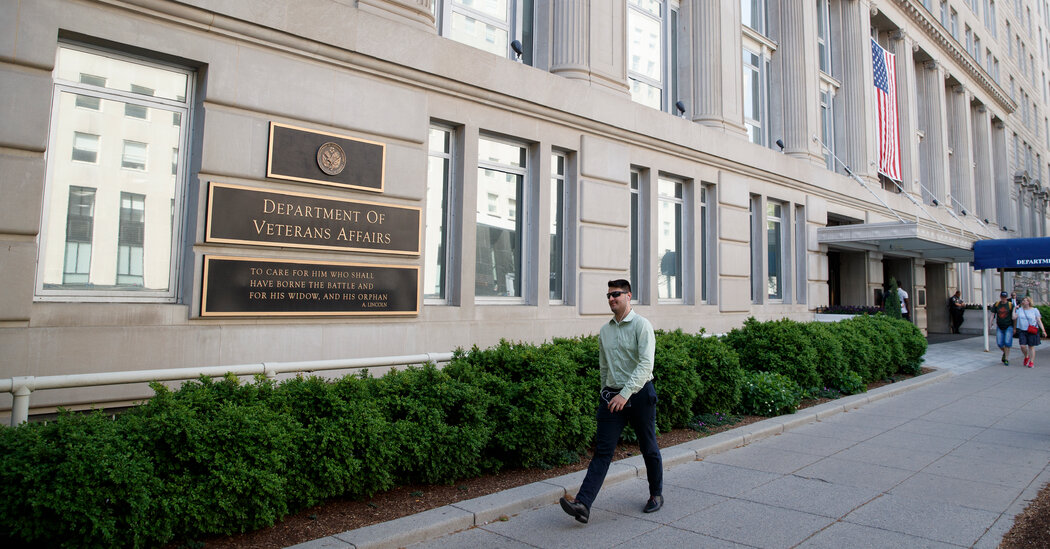 The unanimous ruling was the first one summarized by a justice since the start of the coronavirus pandemic and an indication that the court is off to a slow start this term.

WASHINGTON — The Supreme Court, which had not announced a decision from the bench since the start of the coronavirus pandemic almost three years ago, returned to the courtroom on Monday to issue a unanimous decision in a case on veterans’ benefits.

The decision, the first in an argued case in the term that started in October, was announced by its author, Justice Amy Coney Barrett. It was the first time she had summarized an opinion from the bench.

Chief Justice John G. Roberts Jr. noted a second development: The court “dismissed as improvidently granted” a case on the scope of the attorney-client privilege.

If the developments were minor, they nonetheless marked a return to normalcy, reviving a courtroom ceremony that has been part of tradition for centuries.

Only three other members of the court attended the session on Monday: Justices Clarence Thomas, Sonia Sotomayor and Ketanji Brown Jackson.

A race to the right. After a series of judicial bombshells in June that included eliminating the right to abortion, a Supreme Court dominated by conservatives returns to the bench — and there are few signs that the court’s rightward shift is slowing. Here’s a closer look at the new term:

Affirmative action. The marquee cases of the new term are challenges to the race-conscious admissions programs at Harvard and the University of North Carolina. While the court has repeatedly upheld affirmative-action programs, a six-justice conservative supermajority may put more than 40 years of precedents at risk.

Voting rights. The role race may play in government decision-making also figures in a case that is a challenge under the Voting Rights Act to an Alabama electoral map that a lower court had said diluted the power of Black voters. The case is a major new test of the Voting Rights Act in a court that has gradually limited the law’s reach in other contexts.

Online speech. In a few upcoming cases, the Supreme Court is poised to reconsider two key tenets under which social networks have long operated: that the platforms have the power to decide what content to keep online and what to take down, and that the websites cannot be held legally responsible for most of what their users post online.

Discrimination against gay couples. The justices heard an appeal from a web designer who objects to providing services for same-sex marriages in a case that pits claims of religious freedom against laws banning discrimination based on sexual orientation. The court last considered the issue in 2018 in a similar dispute, but failed to yield a definitive ruling.

Immigration. The Supreme Court will hear arguments on the constitutionality of a 1986 law that makes it a crime to urge unauthorized immigrants to stay in the United States. The justices had already heard arguments on that question three years ago; several of them suggested then that the law violated the First Amendment.

The case on veterans’ benefits, Arellano v. McDonough, No. 21-432, concerned Adolfo R. Arellano, who served in the Navy from 1977 to 1981. About 30 years later, he applied for benefits stemming from what he said was trauma he had suffered while serving on an aircraft carrier that collided with another ship.

The Department of Veterans Affairs granted his request for benefits — but only prospectively. Mr. Arellano, who said he had been too ill to understand that he had been entitled to apply for benefits earlier, asked for them covering the intervening decades.

Justice Barrett wrote that the federal law governing the matter allows a retroactive award of benefits, but only up to a year and only if the application is filed within a year of the veteran’s discharge.

“Congress did not throw the door wide open in these circumstances or any other,” Justice Barrett wrote, adding that “hard and fast limits on retroactive benefits can create harsh results.”

The choice, she wrote, belonged to lawmakers. “Congress could have designed a scheme that allowed adjudicators to maximize fairness in every case,” Justice Barrett wrote. “But Congress has the power to choose between rules, which prioritize efficiency and predictability, and standards, which prioritize optimal results in individual cases.”

The case the court dismissed, In re Grand Jury, No. 21-1397, was the subject of arguments this month. The question was whether a law firm has to turn over documents to a grand jury that contained both legal advice and ordinary tax-return accounting.

The justices apparently concluded that the case was not a suitable vehicle for resolving the question, leaving the appeals court’s ruling in place.

More on the U.S. Supreme Court

At the argument, Justice Elena Kagan said the firm’s argument was ambitious.

“We’ve had the attorney-client privilege for a long time, and until 2014, nobody ever suggested that the test that you’re proposing is the right one,” she told the firm’s lawyer. “Everybody instead used the primary purpose test.”

Later, Justice Kagan invoked “the ancient legal principle” of “if it ain’t broke, don’t fix it.”

The Supreme Court has been moving at an exceptionally slow pace this term. It typically issues its first decisions in November, and the delay this term may be further evidence of frayed relations among the justices after the leak in May of the decision overturning Roe v. Wade.

An inconclusive report issued last week on the search for the person responsible for the leak was unlikely to have helped matters.

Until Monday, no justice had delivered an opinion from the bench since March 3, 2020, when Justice Samuel A. Alito Jr. summarized his majority opinion in Kansas v. Garcia, an immigration case. Since then, the court had announced its decisions simply by posting them online.

The court has welcomed two new members in the interim, Justices Barrett and Jackson.

The pandemic prompted many changes. The justices initially heard arguments by telephone but returned to the bench to hear from lawyers in person in October 2021.

The court has provided live audio of its arguments since spring 2020, but it has said it will not do the same for the announcements of opinions.