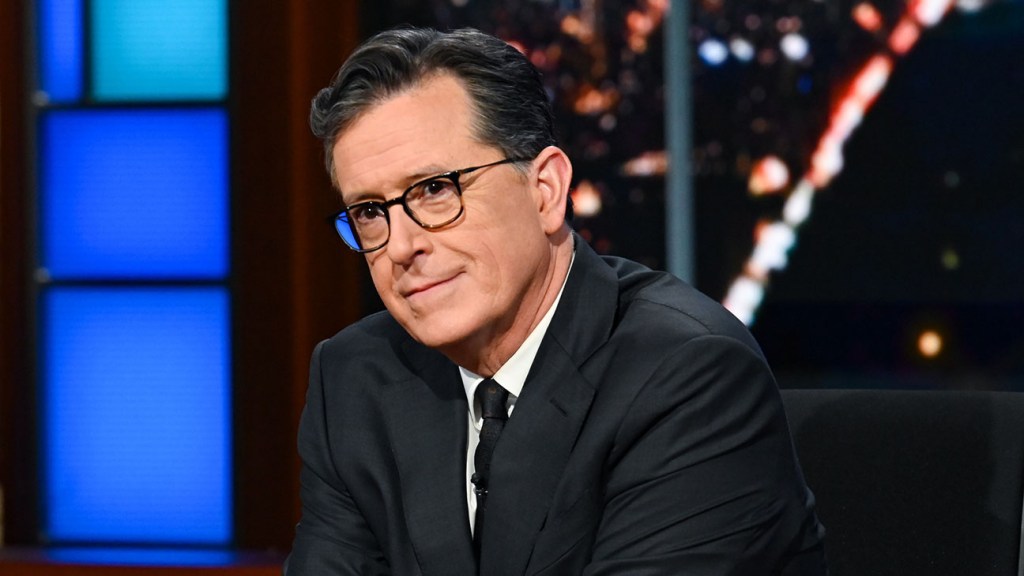 Stephen Colbert returned to CBS’ Late Show on Monday night after having COVID-19, which he shared with the audience that, despite being “fully vaxxed and boosted,” was “no fun.”

Colbert announced he tested positive on April 21, forcing the cancellation of that night’s show. The Late Show had a planned week off from taping new episodes last week, giving Colbert extra time to recover.

At the top of Monday night’s show, the host quipped that applause from the audience was “all the medicine you need” while sharing that he was “back” and “feeling fine.”

Still, it seems that he didn’t feel great during his first few days after testing positive and that he’s still not totally back to normal.

“The first three days sucked,” Colbert said. “But by day six, I was testing negative. Now on day 12, I’m back with a serious head cold. So, go figure.”

Later, at his desk ahead of introducing another segment, Colbert urged those who were watching to get vaccinated and boosted if they haven’t already done so “because it is not a pleasant experience.”

He also revealed that his wife, Evie, was sick at the same time he was, saying that the pair were “forced nesting” at home together.

And he shared well wishes for fellow late night host Jimmy Kimmel, who announced Monday that he had tested positive for COVID-19.

But he couldn’t resist joking about how his West Coast counterpart could have gotten sick.

“Of course, I’m on the East Coast, Jimmy’s in L.A., there’s no way I could have given it to him,” Colbert said. “And yes, last week, I did lick a lot of things and FedEx them to his office. But I only paid for two days: gotta be sterile by the time he opens it.”