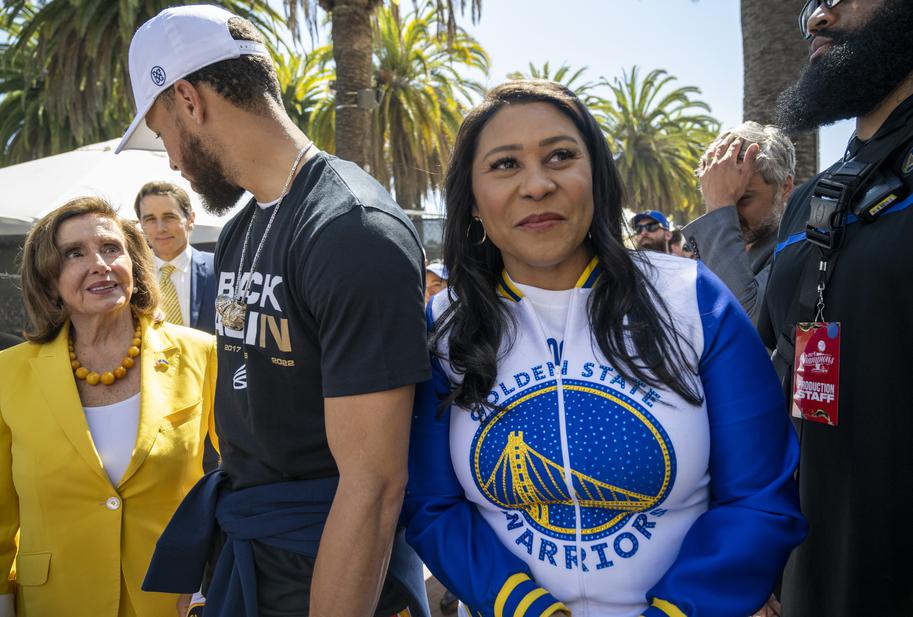 She is vaccinated and boosted and feeling well, the statement said. She will be conducting meetings from home and will not attend any public events while isolating.

Breed’s spokesperson Parisa Safarzadeh said the mayor tested positive Wednesday morning and notified her staff and close contacts. Safarzadeh was not aware if the mayor had any known exposure to COVID-19.

“She takes it very seriously as do all of us,” Safarzadeh said. “She’s just another person that unfortunately has it.”

Over the past week, Breed attended a Juneteenth celebration in the Fillmore district, the opening of the Stern Grove Festival and hosted an outdoor movie night in the Presidio with State Sen. Scott Wiener.

She welcomed the Golden State Warriors team as they arrived on the tarmac in San Francisco over the weekend, hugging many of them. On Monday, she attended the Warriors championship parade, posing with many of the team’s star players and politicians including Congresswomen Nancy Pelosi and Barbara Lee, and Oakland Mayor Libby Schaaf.

On Tuesday, Breed met with San Francisco’s department heads and commissioners and posed for a photo inside City Hall.

Wiener had no close exposure to Breed and tested negative Wednesday on a routine test, a spokesperson said. Schaaf is working and not sick, her staff said. Pelosi already had COVID-19 three months ago.

Safarzadeh did not have specifics Wednesday morning on which of Monday’s parade attendees interacted closely with Breed.

“That was largely outside, which is very helpful,” Safarzadeh said.

Breed had a busy public schedule for the rest of this week, including two events Wednesday and a press event to launch the city’s new drug sobering center Thursday. Safarzadeh wasn’t immediately aware that any events needed to be canceled or postponed, but would likely continue on without the mayor in person.

A recent study showed COVID has become milder for many people over time, and vaccination has been proven to reduce the risk of severe illness or death.

This is a breaking news story, check back for updates.