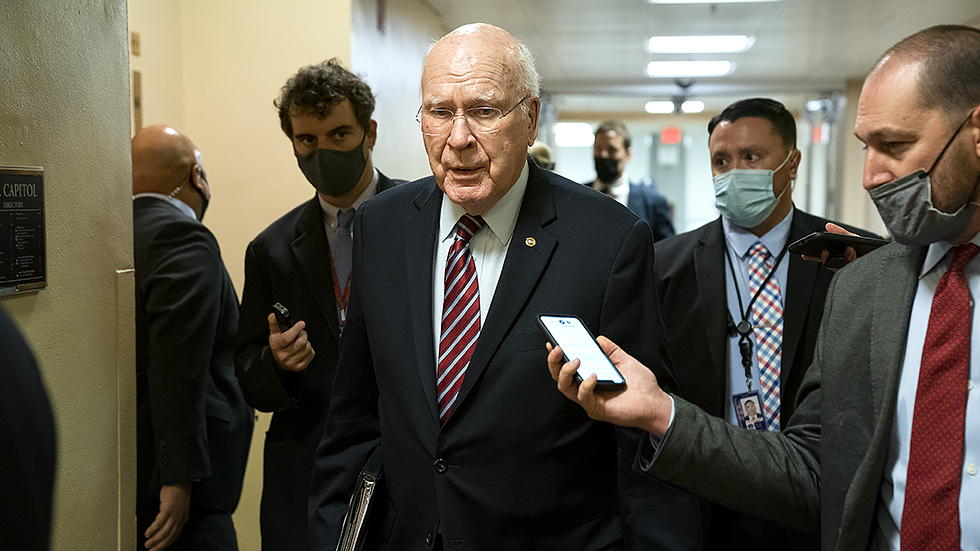 Senate Democrats on Thursday unveiled a measure to provide $21 billion in emergency funding to fight COVID-19, but immediately ran into roadblocks from Republicans.

The measure would provide funding for research on improved vaccines that can better combat new variants and allow for the purchasing of additional vaccines, tests and treatments.

There has been a months-long battle over COVID-19 funding, however, and the latest move from Democrats did not lead to any signs of the showdown being resolved.

Democrats said the measure also could be used to fight “other emerging diseases,” amid increased talk of needing funding to fight monkeypox as well.

Democrats released the bill alongside a sweeping package to fund the entire government next year, but that package is also a long way from passing given the need to reach a deal with Republicans and the potential for simply kicking the can down the road with stopgap bills to continue current funding levels.

Republicans have long said they do not see an urgent need for the COVID-19 funding and have said any money should be paid for by cuts from previous relief packages.

The response to the move from Senate Democrats highlights that there is still no resolution to provide new funding to fight the pandemic, despite months of dire warnings from the White House that the country’s response is suffering because of the shortfall.

“For months, the alarm has been raised that we are insufficiently prepared for the next phase of this pandemic,” Senate Appropriations Committee Chairman Patrick Leahy (D-Vt.) said Thursday in making the case for the new funds. “We lack the necessary resources to support testing, sustain supplies of therapeutics, and procure the next generation of vaccines that will be vital to finally ending this pandemic.”

The new funding would provide $16 billion for research, development and purchasing of next-generation vaccines, as well as tests and treatments. There is also $5 billion for global vaccination efforts, which are rapidly running out of funding.

The White House previously shifted some funding from other parts of the pandemic response to buy 105 million doses of updated vaccines for a fall campaign.

But the Biden administration warned that to do so it was forced to cut from other areas, like maintaining testing capacity and researching next-generation vaccines that can target multiple variants of the virus at once.

“Supplies of monoclonal antibody treatments are expected to be exhausted within a month, and testing supplies have dwindled to little more than 300 million tests — far below the anticipated need of 1 billion to meet the demand as children return to school in the fall,” Senate Appropriations Committee Democrats said in a press release on the newly unveiled measure.

Is the US in a recession? It depends on who you ask Manchin says he is firm on closing tax loophole; Sinema absent from caucus meeting

Sen. Roy Blunt (Mo.), the top Republican on the Senate Appropriations health subcommittee, said that he had long supported more funding to fight the virus but that the Biden administration had a “credibility problem” after previously issuing warnings and then later shifting funds to meet some needs.

Shelby also noted that COVID-19 funding was initially included in a bipartisan funding deal back in March and that it was a revolt from some House Democrats, who objected to cutting a portion of aid to states to pay for it, who forced it to be stripped out.

“So obviously they didn’t think it was a priority,” Shelby said.