The Perfect Enemy | Sen. Sanders (I-VT) on abortion and COVID: “I get very tired of hearing the hypocrisy from the extreme right wing …” - Yahoo News
Skip to content
May 27, 2022
Read Time:1 Minute 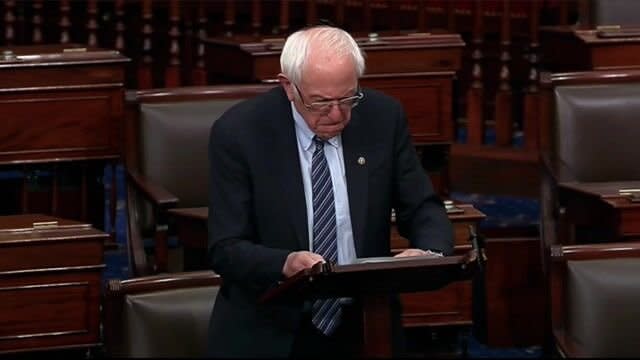 Senator Bernie Sanders (I-VT) addressed the Senate on Wednesday in support of the Women’s Health Protection Act. Democrats are working to force a vote on the bill in the wake of the leaked Supreme Court draft opinion signaling the Court would overturn Roe v. Wade, the 1973 landmark case establishing a woman’s constitutional right to have an abortion. WHPA passed the House in 2021 but failed in the Senate in February. As the legislation requires 60 votes to pass the filibuster, it will likely fail again.

Sanders reiterated how tired he is of this hypocrisy and challenged the right-wingers. “If you want to get the government off of the backs of the American people, understand that it is women who control their own bodies, not politicians,” he said.