WASHINGTON (AP) — US regulators said Friday they are no longer considering authorizing a second COVID-19 booster shot for all adults under 50 this summer, focusing instead on revamped vaccines for the fall that will target the newest viral subvariants.

Pfizer and Moderna expect to have updated versions of their shots available as early as September, the Food and Drug Administration said in a statement. That would set the stage for a fall booster campaign to strengthen protection against the latest versions of Omicron.

The announcement means the US won’t pursue a summer round of boosters using the current vaccines for adults under 50, as some Biden administration officials and outside experts previously suggested. They had argued that another round of shots now could help head off rising cases and hospitalizations caused by the highly transmissible omicron strains.

Currently, all Americans age 5 and over are eligible for a booster shot five months after their initial primary series. Fourth doses of the Pfizer or Moderna shots — a second booster — are recommended for Americans 50 and older and for younger people with serious health issues that make them more vulnerable to COVID-19.

The FDA urged eligible adults who haven’t been boosted to get their extra shot now: “You can still benefit from existing booster options and leave time to receive an updated booster in the fall,” the agency said in a statement.

The White House has also emphasized that getting the fourth dose now won’t impact anyone’s ability to get Omicron-targeted shots once they’re made available — although how long it’s been since their last dose will play a role in how soon they’re eligible. 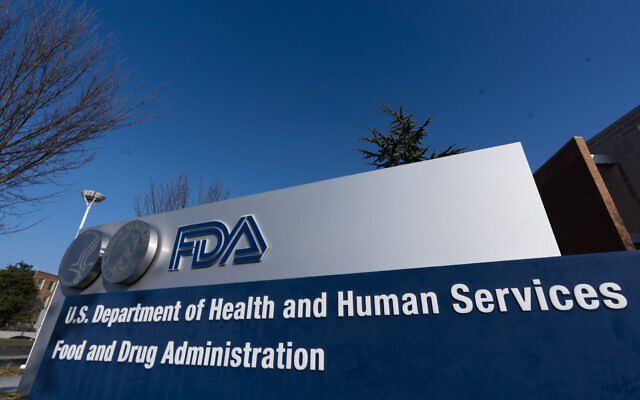 A sign for the Food and Drug Administration is seen in Silver Spring, Maryland, on December 10, 2020. (AP Photo/Manuel Balce Ceneta)

Two omicron subvariants, BA.4 and BA.5 are even more contagious than their predecessors and have pushed new daily cases above 125,000 and hospitalizations to 6,300. Those are the highest levels since February, though deaths have remained low at about 360 per day, thanks to widespread immunity and improved treatments against the virus.

The subvariants are offshoots of the strain responsible for nearly all of the virus spread in the US this year.

All the COVID-19 vaccines given in the US until now have been based on the original version of the virus that began spreading across the country in early 2020.

In June, the FDA told the vaccine makers that any boosters for the fall would have to combine protection against Omicron BA.4 and BA.5 and the original coronavirus strain. Both manufacturers have been speeding their production and data gathering to have those so-called bivalent vaccines ready for the fall.

The FDA and the Centers for Disease Control and Prevention would have to sign off on revamped shots before their launch.

The US has a contract to buy 105 million doses of the Pfizer combination shots once they’re ready, and 66 million of Moderna’s version. But how soon large amounts would become available isn’t clear. The government contracts include options to purchase 300 million doses each, but reaching that total will require more funding from Congress, the Biden administration said. 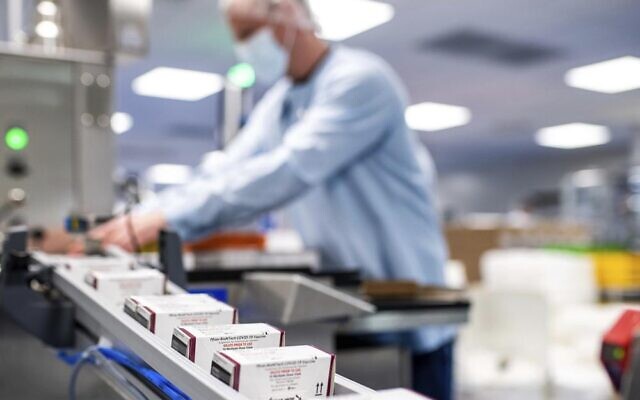 This May 2022 photo provided by Pfizer shows production of the Pfizer’s COVID-19 vaccine for children under 5 in Puurs, Belgium. US regulators on June 17, authorized the first COVID-19 shots for infants and preschoolers, paving the way for vaccinations to begin next week. (Pfizer via AP)

As for timing, getting a booster too soon after the previous dose means missing out on its full benefit — something policymakers will have to take into consideration when rolling out revamped shots.

The White House has at times been frustrated by the pace of decision-making at the FDA and CDC, most notably last summer when the regulators took weeks to decide whether to authorize the first booster dose for US adults. Privately, West Wing officials believe the delay cost lives, preventing optimum protection amid the Delta and Omicron surges, but also fed into doubts about the vaccine and booster effectiveness that impacted their uptake.

In recent weeks, some of those frustrations have bubbled up again, as regulators considered whether to recommend the fourth shot for all adults, not just those at highest risk from the virus. Some in the White House believe that the additional dose would have helped somewhat with the rapidly spreading BA.5 subvariant, and also lift the confidence of anyone worried that their protection had waned.

Still, officials across the government have acknowledged the risks of vaccine fatigue among Americans, including tens of millions who still haven’t received their first booster. Government figures show less than half of those eligible for a booster have gotten that third shot.