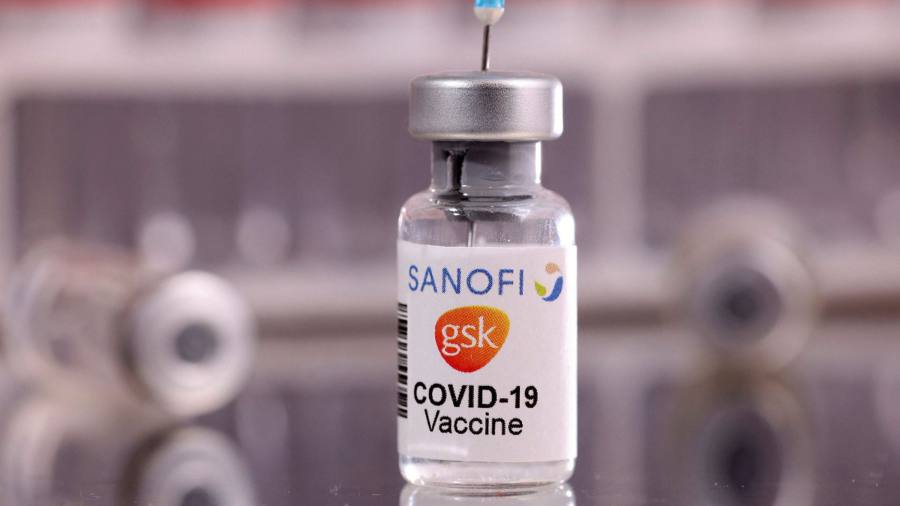 Sanofi and GlaxoSmithKline have reported promising results from trials of their Covid-19 vaccine, which has proved to be particularly effective against the Omicron strain of coronavirus.

The vaccine targets the original and the Beta strains of coronavirus but was also tested against the more recent Omicron variant. When used as a first dose, it demonstrated a 64.7 per cent efficacy rate against symptomatic infection overall in adults, and was 72 per cent effective against infections caused by Omicron. The vaccine was safe and well-tolerated in a trial of 13,000 people.

The trial results came after the vaccine makers reported positive results from a study of its Beta-strained jab as a booster.

The French and British pharmaceutical companies hope their new shot will help them catch up after they fell far behind in the race to supply Covid vaccines. Sanofi is leading the vaccine development, with GSK contributing its efficacy-enhancing adjuvant.

Thomas Triomphe, executive vice-president at Sanofi, said the drugmakers looked forward to completing their submissions to regulatory authorities. “mRNA has proven speed to market; we are demonstrating here the efficacy that our recombinant protein platform can provide to the world,” he said.

The mRNA vaccine makers including Moderna and Pfizer and BioNTech are testing boosters tailored to the Omicron variant. But they have focused on measuring antibody levels and comparing them with their previous phase 3 trials rather than assessing an efficacy rate, which requires a much larger trial.

Moderna is urging regulators to approve its two-strain shot as a booster, after releasing data that showed it still elicits a stronger antibody response against the latest Omicron subvariants BA.4 and BA.5 than its original vaccine.

Pfizer and BioNTech are expected to release data on their shot tailored to Omicron shortly, but BioNTech’s chief executive told the Financial Times last week that he believed regulators should decide quickly on whether to allow vaccine makers to create new shots specifically for BA.4 and BA.5, without first presenting clinical data.

Roger Connor, president of GSK vaccines, said the pair were aiming to make their vaccine candidate available later this year. “Our vaccine candidate has the potential to make an important contribution to public health as the pandemic evolves further,” he said.