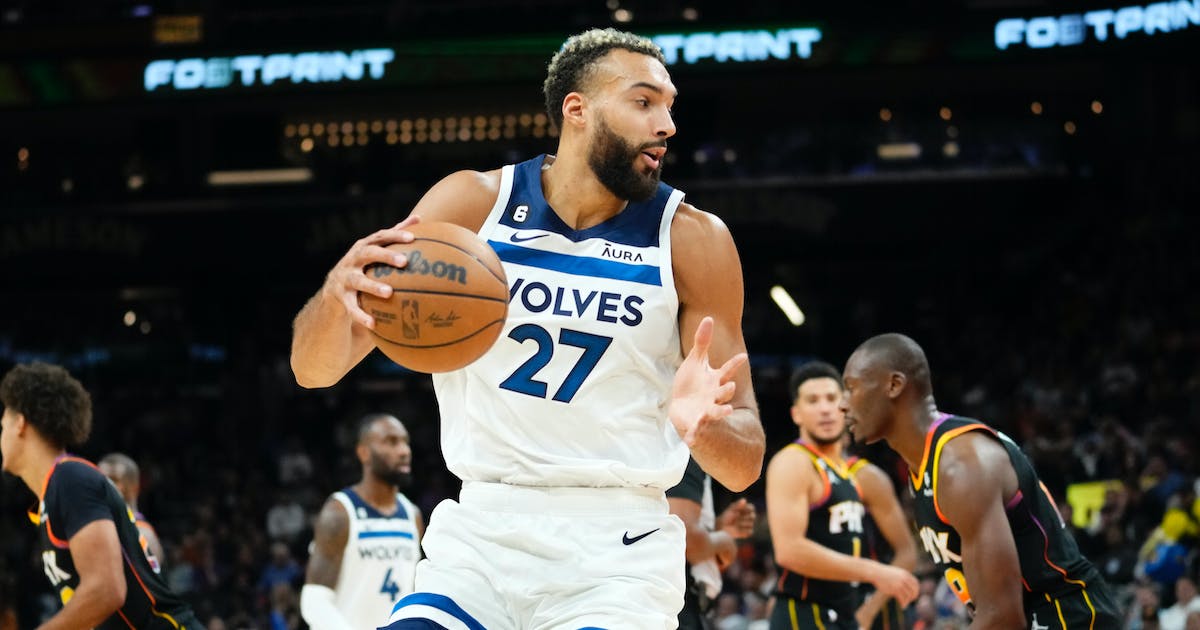 The Timberwolves were without Rudy Gobert for Saturday’s game against Houston as Gobert entered the league’s COVID health and safety protocols.

Gobert was listed as questionable before Friday’s game against Milwaukee because of an illness, but Gobert felt good enough to play.

The team announced Gobert entered the protocols early Saturday afternoon. Saturday marked the first game Gobert missed this season. Unlike other seasons, there is no mandatory quarantine period for a player to return following a positive COVID test.

Instead, the league has spelled out specific testing requirements for each day after a player is infected with COVID. Gobert can qualify to play again by testing within those thresholds. Gobert can also qualify to play on any game day with two “not detected” results from polymerase chain reaction (PCR) tests taken two to four hours apart that day.

“The new protocols look like the tax code,” coach Chris Finch said. “There’s a million different things. So I couldn’t begin to tell you what it is, but we’re just taking the lead of the league at this point in time based on day-by-day information.”

If Gobert hasn’t tested out of the protocols after 10 days, he will be eligible to play again on the 11th day. In March of 2020, Gobert was the first NBA player to contract the coronavirus, and the league suspended the season later that night for nearly six months before resuming in a “bubble” in Orlando.

Anthony Edwards was also listed as questionable before Friday’s game because of an illness. Edwards also played and said he was feeling “better” after the game. Finch said he didn’t have concerns about the potential impact Gobert’s playing on Friday might have on the rest of the locker room.

Anderson back in rotation

After missing four games because of back spasms, forward Kyle Anderson has returned to the rotation over the last three games on a minutes restriction. Anderson played the most he has since the injury on Friday, with 20 minutes, 32 seconds of playing time.

Finch used Anderson instead of Jaden McDaniels for significant stretches of the second half Friday. Anderson was playing point forward at times, something he has in his skill set.

“I’ve always been a point guard; it’s always been my game,” Anderson said. “I feel I always get more confidence or play a little better when I’ve got the ball in my hands, making decisions. … It’s pretty tough for me to stand in the corner and be ready to catch and shoot.

Anderson, who is known for his steady defense and rebounding, said before the season it was going to be a process for the Wolves to acclimate to playing different defensive schemes depending on when Gobert is on the floor.

Anderson preached patience as the team gets acclimated to playing with each other.

“It’s obviously been a little hard for us getting on the same page, but it’s going to take time,” Anderson said. “We all want it to work from Day 1, and in game eight or nine know what each other are doing in these pick-and-roll coverages like these other teams that have been together for three or four years. But that’s just not the case. We got one step closer to it [Friday] and feel good about it.”