Sen. Ron Johnson, R-Wis., said Thursday the Biden administration and federal health agencies “have not been honest” when it comes to the COVID-19 pandemic.

“They (Biden administration) have probably spread more misinformation about COVID than anyone else,” Sen. Johnson argued, accusing Biden and top officials of lying about vaccines preventing the spread of the virus.

“He said it’s a pandemic of the unvaxxed. … I knew at that time that it was a lie and it’s been proven to be a lie now.” 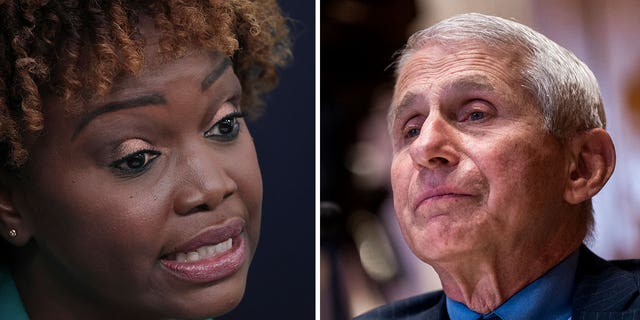 A federal judge in Louisiana ruled Tuesday that the Biden administration has 21 days to turn over all relevant emails sent by Jean-Pierre and Fauci to social media platforms regarding alleged misinformation and the censorship of social media content.

The Justice Department objected to the handing over of the email correspondence under executive privilege and presidential communications privilege, but Louisiana Judge Terry Doughty decided, “This Court believes Plaintiffs are entitled to external communications by Jean-Pierre and Dr. Fauci in their capacities as White House Press Secretary and Chief Medical Advisor to the President to third-party social media platforms.”

In response to the ruling, an administration official told Fox News that as a general matter, “as we have said over and over again since the beginning of the administration in our battle against COVID-19, it has been critical for the American people to have access to factual, accurate, science-based information.”

Johnson applauded the Louisiana judge for calling out the administration and said the media “never called out” or held Biden and top health officials accountable.

Additionally, the Wisconsin Republican said the Biden administration played a role in “sabotaging” early treatment by censoring information and “trampling on our rights.”

“It’s all part of the work of the COVID cartel. The Biden administration, the federal health agencies, Big Pharma, the mainstream media, and Big Tech social media giants. These are the people that suppressed and sabotaged early treatment. I believe that probably cost hundreds of thousands of Americans their lives because we didn’t robustly explore early treatment.”

In conclusion, Johnson said this will play a role in the upcoming November midterm elections.

“This will be a referendum on Democrat policies and Democratic governance that caused all of this.”

Elizabeth Heckman is a digital production assistant with Fox News.