The Perfect Enemy | Republican governor has his fingerprints all over local school-board races in Florida
Skip to content
October 4, 2022
Read Time:7 Minute 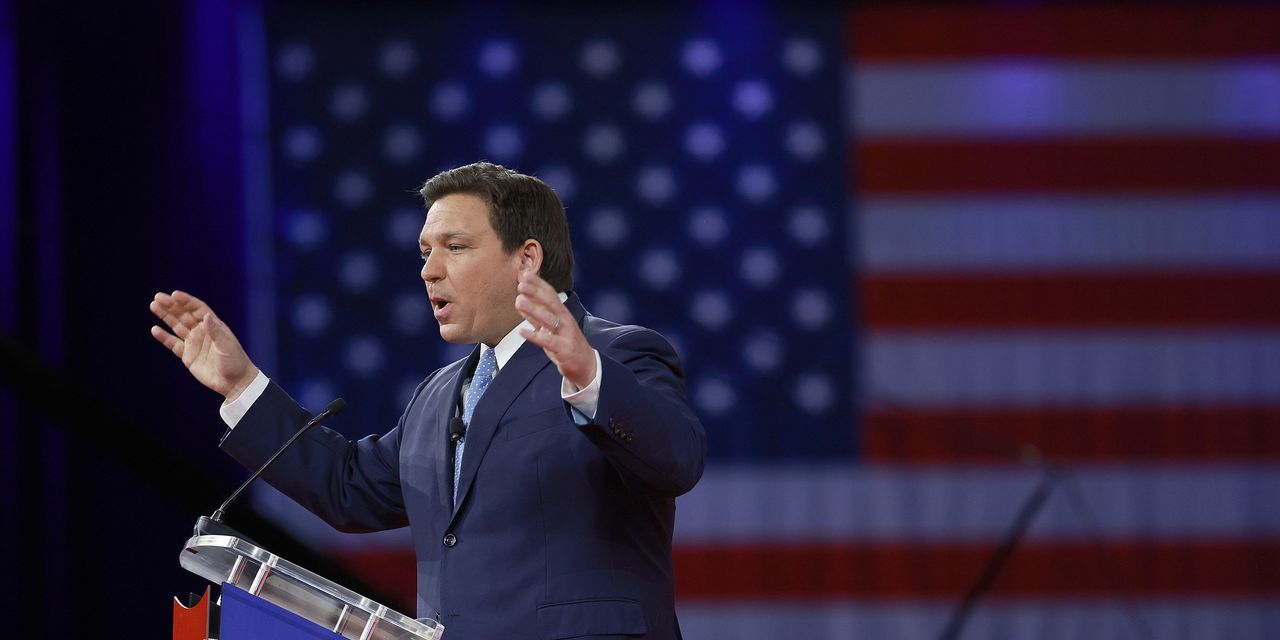 MIAMI (AP) — In her 24 years as a school-board member in Florida, Marta Perez proposed a Bible study class for students, opposed a measure to boost anti-racism curricula after the killing of George Floyd and spoke out against adopting a textbook that included pictures of contraceptive methods that she considered inappropriate for her 13-year-old granddaughter.

Her long record of supporting conservative causes, however, wasn’t enough to save her job after she wound up as a target of Republican Gov. Ron DeSantis. Perez lost her school board seat in Miami-Dade last week to a former teacher who was among a slate of candidates endorsed by DeSantis.

Perez believes she drew DeSantis’s ire by voting for a school mask mandate a year into the pandemic, when Florida was in the grip of its deadliest wave of COVID-19. DeSantis opposes such policies.

“What it showed is that I was not in lockstep with the governor. I did not obey the governor, and that is unforgivable,” said Perez, who is 71.

“ School-board races are nonpartisan, but DeSantis’s involvement helped flip at least three Florida school boards from a liberal majority to a conservative majority. ”

More than almost any other national figure, DeSantis has led the charge in turning culture war fights over anti-racism policies, sexuality and COVID-19 restrictions in schools into national issues. More recently, he has inserted himself into school-board races as he seeks to expand his sphere of influence and animate conservatives while running for re-election and considering a 2024 presidential bid.

Of the 30 candidates endorsed by DeSantis in the Aug. 23 elections, 19 won, five lost and six are headed to runoffs.

“We got involved to help candidates who were fighting the machine, fighting the lock-downers, fighting the forced-maskers, fighting the people that want to indoctrinate our kids,” DeSantis said in a victory speech on Election Night as the crowd cheered and clapped. “Parents are sick of the nonsense when it comes to education. We want the schools to educate kids.”

School-board races are nonpartisan, but the governor’s involvement helped flip at least three Florida school boards from a liberal majority to a conservative majority. Five of his picks defeated incumbents affiliated with the Democratic Party, while others ran for open seats and at least two beat Republicans, including Perez, according to results posted by counties.

“He is trying to build this as part of his political brand,” said Sarah Reckhow, who teaches American politics and public policy at Michigan State University and specializes in education.

From the archives (April 2022): New AP-NORC poll gauges emotions whipped up over the discussion of race and sex in U.S. classrooms

Reckhow noted that parents and others grew more aware of the role and importance of school board members during the COVID-19 pandemic, when districts were determining how and when children would return to the classrooms.

As calls for mandates and mask-wearing waned, the school debate shifted to how children are learning about race, gender and sexual orientation. In Virginia’s gubernatorial election last year, Republican Glenn Youngkin defeated his Democratic opponent in part by seizing on parental frustrations about school closures and references to race in classrooms. The Texas Republican Party began endorsing candidates in nonpartisan school board races earlier this year.

From the archives (November 2021): Glenn Youngkin says his Virginia win shows that going on the offensive on schools is the path to Republican power

DeSantis took it a step forward. He appeared at a summit held by the conservative group Moms for Liberty in July and built a roster of school-board candidates starting with a questionnaire in which he asked them to sign a certificate to pledge their support to him.

DeSantis also traveled around the state in support of his picks. His Democratic opponent, Charlie Crist, followed suit, endorsing a much smaller slate of his own. Of the seven Crist endorsed, two incumbents won, two challengers lost and three candidates are heading to runoffs, including one against a DeSantis pick.

But it’s DeSantis’s wider efforts that have propelled him to the forefront of the culture wars.

Earlier this year, he championed a law that critics dubbed the “Don’t Say Gay” bill that bans lessons on sexual orientation and gender identity in kindergarten through third grade, and he promoted a law called the “Stop WOKE Act” that prohibits teaching or business practices that contend members of one ethnic group are inherently racist and bars the notion that people’s status as privileged or oppressed is necessarily determined by their race or gender. A judge later ruled that the “WOKE” law was an unconstitutional violation of free speech.

If the primary results are any indication, DeSantis’s education measures seem to be resonating with Florida voters.

The race for the school-board seat in Miami-Dade between Perez and DeSantis’s candidate, Monica Colucci, was one of the most contested, totaling about $400,000 in campaign contributions and more tied to political committees. Similar two-candidate school board races in Miami had drawn about half the money in recent elections.

DeSantis’s sway in conservative circles is so pronounced that both Perez and Colucci used photos of him in their campaign materials. But it was Colucci, who worked in the DeSantis administration from 2019 to 2020 as a special assistant to Lt. Gov. Jeanette Nunez, who won his coveted endorsement.

Nunez appeared alongside Colucci for events, ads and Spanish-language interviews. During a local TV interview with Colucci, Nunez said she has known her for years and answered most of the questions, with Colucci speaking less than a minute during the 10-minute segment.

Colucci’s political consultant said she was not available for an interview because she went away with her family after the election, and later said she would not be available until later in the year.

Jennifer Jenkins, a progressive Democrat and school board member in Brevard County who defeated a conservative incumbent in 2020, said she thinks DeSantis’s push to add school board members who are friendly to his administration is an effort to further his agenda and keep his critics at bay.

Perez has been critical of DeSantis before. When he had been in office less than two months, she told a newspaper that the governor’s plans to expand scholarship programs that divert public school money to private institutions concerned her because she saw the public education system as “the equalizer” and “what has made the American system work.”

“In some things, you must serve the public in the best way you know how, and it does not mean you need to agree with every single decision,” she told the Associated Press.

DeSantis campaign spokeswoman Lindsey Curnutte, asked why the governor got involved in the Miami-Dade contest, said he “made key endorsements in school board races and is supporting strong conservative candidates” who will uphold his agenda of student success and parental rights in education.

Perez, a registered Republican who voted for DeSantis in 2018, said her run-in with the governor doesn’t change her opinion of the GOP overall, although it has soured her on DeSantis.

However, Perez said she did not think she could go as far as to support Crist in November. She isn’t sure whom she will vote for.

Perez likes to joke that President Joe Biden’s economic policies are going to force her to move in with her grown children, who are Democrats. She still feels her general philosophy and view of the world aligns her more with the Republican Party.

“I have to think that there are conservatives who believe in a democracy and believe in exchange of opinions,” Perez said.

Read on: Americans see threat to democracy as No. 1 issue and support Trump probes, poll finds