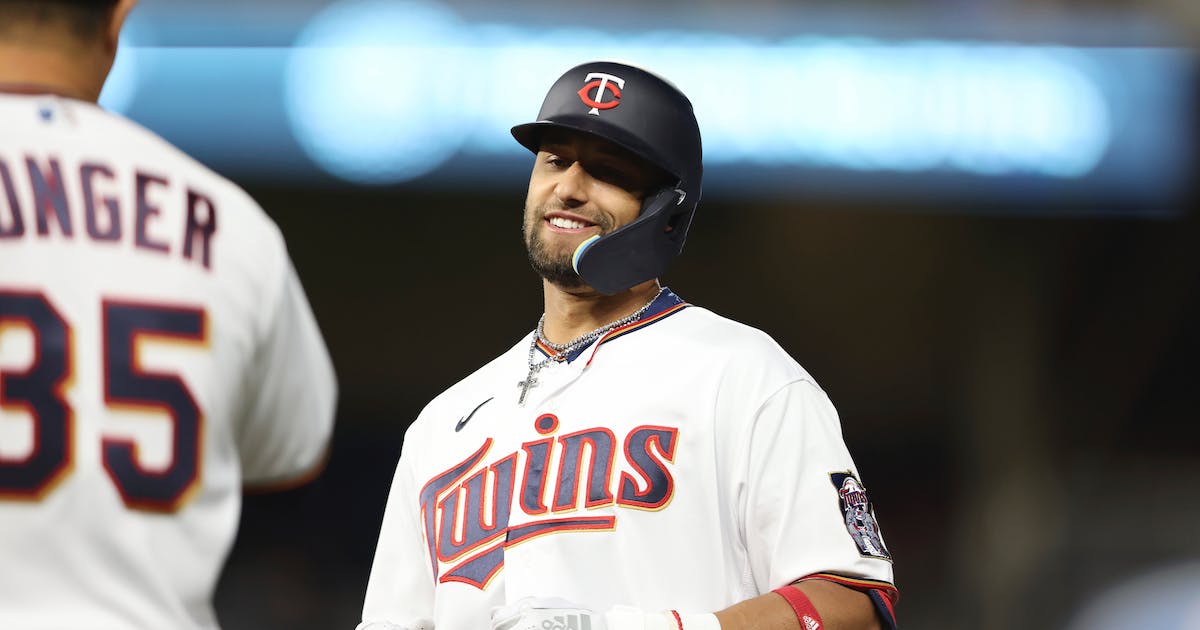 In last Sunday’s coverage of the Minnesota Twins, top prospect/rookie Royce Lewis was asked how it felt to get a standing ovation after his first extra-base hit. He noted that the standing ovation was nice but that one pitch later he was picked off and that same crowd rained down boos upon him. A good reminder in life. Only Han Solo said it more succinctly: “Nice shot, kid — don’t get cocky!”

Kudos to the St. Paul Civic Symphony’s Mother’s Day concert — and in particular to the world premiere of “Green Hope After Black Rain.”

In recognition of the long sister-city relationship between St. Paul and Nagasaki, the orchestra commissioned Minnesota native Steve Heitzeg to compose a reminder of what must never happen again. The new symphony and the orchestra hit all the right notes! Yes, the piece reckons with the unjust concentration camps of Japanese Americans, the catastrophic atomic bombings of Hiroshima and Nagasaki, and the decades of ongoing suffering in the aftermath. Yet, the final movement inspires with the persistence of efforts toward peace.

The end of the symphony celebrates the few trees which, although near ground zero, managed to survive. Japanese peacemakers have given inordinate, tenacious nurture to these A-bombed trees, which in turn have kept hope alive for the elimination of such weapons of indiscriminate horror. Current crises remind us of the continuing need to address this catastrophic peril.

Fortunately, the “Back from the Brink” campaign (www.preventnuclearwar.org) is expected to be considered by the St. Paul City Council. While aiming for the international observation of the Treaty for the Prohibition of Nuclear Weapons, which most nations in the world are implementing, the “Back from the Brink” resolution proposes interim safety and common-sense U.S. policies. Indeed, our security would be much improved by turning our warheads into windmills.

The writer is a member of the Twin Cities Working Group to Prevent Nuclear War.

With respect to “Broken Promises, Shattered Lives” (special section, April 24), I want to bring attention to the importance of rehabilitation and mental health after incarceration. There is ample evidence that the current jail and prison system is out of control and ineffective as a means of rendering people equal, safe, secure and otherwise free. In agreement with the article, we should not be looking for prison-like substitutes like house arrest with ankle bracelets. What should happen is a continuum of alternatives to prison.

Funding and effort should be put into education and free physical and mental health care. There are currently more people with mental and emotional disorders in jails and prisons than in mental institutions. Rehabilitation services should be the alternative to jail or prison, but the burden of making sure children participate in the programs should not fall on parents and guardians. In addition, chemical dependency treatment and psychotherapy should be available before a child is formally charged with a crime.

The criminal justice system is broken and will require a lot of work. Rather than focusing on one alternative to the existing prison system, we should look toward a collection of options that requires extreme changes in all aspects of society.

Everything seems to have focused on maintaining renters in their homes throughout the two years of pandemic hardship, but what about the rights and needs of landlords who suffered the consequences of that rental payment moratorium? (“Evictions soar, raising alarms,” front page, May 8). No surprise that panic has set in for many now that legal evictions for nonpayment and other lease violations have resumed. No renter should expect to live rent-free, ignore lease terms and merely stiff their landlords. Furthermore, landlords’ rights continue to erode, with limited ability to deny rental applications and threatened severe rent controls limiting their ability to adequately increase rents.

As a former owner/landlord, I learned how hard it is to profit from rental property as regulations, taxes, insurance, utilities, security and maintenance costs soar beyond rents each year. Those renters legitimately in need must be assisted with all forms of government assistance available to their specific situation, such as for disability, mental impairment, single mothers, and new immigrants just getting settled. Fortunately, there are many jobs for those willing and able to work as they should. With the current shortage of affordable housing, many will need to continue to live with extended family or share homes with roommates.

Owner/landlords represent a business, and like any other business deserve adequate income and a chance for a reasonable return on that investment. We must respect their rights, too.

The May 8 Business section article “A saving grace” shows the benefits of the Paycheck Protection Program for local small businesses. However, the continued idea of the PPP program as being loans misinforms the public. A loan program that has been forgiven in 90% of cases is not a loan — it is a handout. The PPP program certainly saved some small businesses from demise during the pandemic, but it also helped many increase profits by covering their employee expenses for them and resulted in more than $80 billion of suspected fraud.

In contrast, government programs for individuals and families — things like the expired expanded child tax credit as well as any social welfare program — face constant criticism for being handouts. The truth is that handouts are exactly what is what is going to keep both businesses and individuals afloat. American families and individuals benefit from receiving money from the government, especially those with the lowest incomes. According to the Brookings Institution, 3.7 million children were lifted out of childhood property during 2021 thanks to the expanded child tax credit. The benefits for these children are well-documented and include healthier bodies and minds, reduced violence and crime, increased educational achievement, and increased economic mobility throughout life.

If the PPP program, with all of its flaws, is deserving of praise for helping small businesses, then the expanded child tax credit and programs like it are deserving of not only the highest praise but of renewal and continuation.

The May 8 article “How an early hot spot learned to live with virus” focused on COVID in Martin County and the choices that were made. One resident compared the “open” policies of nearby Iowa with Minnesota’s more aggressive handling of the pandemic. We can now look at the results. Iowa’s COVID total death rate was 36% higher than Minnesota’s (302 vs. 222 per 100,000). Iowa had 9,533 COVID deaths. While there are demographic difference like population density, age, and health care access that might account for some differences, a first-level look indicates that 2,426 Iowa residents may have died of COVID from the more “open” policy.

The writer is a retired physician.