Welcome to POLITICO’s West Wing Playbook, your guide to the people and power centers in the Biden administration. With help from Allie Bice.

Beneath the public image of optimism and triumph that emanated from the Biden administration this week was a profound sense of grief among many.

WILLIAM FAIRFAX, JR., a 24-year-old aide who worked for JOE BIDEN’s primary campaign in South Carolina and then went on to work at FEMA and as a press assistant for Vice President KAMALA HARRIS, died unexpectedly of natural causes, his family announced last week.

On Thursday, hundreds gathered at the Ebenezer AME Church in Fort Washington, Md., to celebrate and mourn him.

It was a solemn affair though one filled with a little laughter, too. Letters were read from Joe and JILLBIDEN, BARACK and MICHELLE OBAMA, plus the vice president and her husband.

Fairfax’s death was a tragedy not just for how early in his life it came. Many Biden officials, particularly many Black officials in the administration, spoke of his irrepressible spark that warmed rooms and prompted smiles. “Dare to be different,” was the line at the top of the funeral program.

Fairfax dubbed himself online as “Dope Urkel.” His friends remembered him as a terrible driver and laughed remembering how he once had his car towed while driving around a Biden surrogate in South Carolina because of unpaid parking tickets. He ate so much Chik-fil-A that his boss once warned he’d turn into a chicken. His passions included the pop superstar Adele, fantasy football, and Queen Elizabeth II.

Beyond the fun quirks, however, friends and former colleagues described a true believer in his political causes — one of those idealistic young political aides who went into service for earnest reasons. He took the issues, but never himself, seriously, they said. As many people put it: he was one of the good ones.

We asked a few of his former colleagues for remembrances. This is what they told us.

VINCENT EVANS, executive director of the Congressional Black Caucus, who worked with William in the VP’s office and on the primary campaign:

William had a genuinely good spirit in a city and industry — politics being the industry — that you don’t often see anymore. He came here wide-eyed and optimistic about the difference he could make. He was a true believer in the work he was doing. That’s what I want people to know.

TREY BAKER, former senior advisor for public engagement at the White House and national director of African American engagement during the campaign:

William was a presence in every room he was in. From my view, William lived life all accelerator, no brakes; was fearless; and was always willing to jump in and try his best. All qualities we should seek to emulate. Rest well young Nupe. You truly made your mark.

PAIGE HILL, the former regional communication director at the White House and South Carolina communications director during the primary:

He meant a lot to me and was such a bright light to so many people. I felt so proud to watch him blossom and grow from South Carolina to the admin. I always said if I get lucky, one day I’ll be working for him.

We weren’t super super close but we ran in the same circles (there are only so many Black people in This Town) and would always be happy to see each other at birthdays and other events. He was really really kind, thoughtful, and sweet and will be sorely missed for sure.

KAMAU MARSHALL, deputy assistant U.S. Trade Representative for media and public affairs, who worked with Fairfax during the primary:

I called him an organic gentleman, which I don’t use lightly. He was truly a prince and authentic in his mannerisms. He was like that from the first day I met him as an intern during the primary in South Carolina. He was indeed himself at all times. That’s not an easy thing to do in this space. I’m still in a sense of shock. It doesn’t feel real yet. William accomplished so much at 24, and most people haven’t completed half of what he did at the young age of 24. A faithful young public servant who will be missed. His legacy will live on through many amazing people.

KENDALL CORLEY, deputy chief of staff for external engagement at the Small Business Administration and the South Carolina state director for the Biden primary campaign:

He said he was a nerd but he was a cool nerd which is how he was a dope Erkel. I will miss him screaming in the office and telling him to shut up [laughs].

The best was yet to come. But he gave his best every day and we are all grateful and have benefited from it. His passion. His demeanor. His dedication to underserved communities. The rest of us still here have that legacy to live up to.

MESSAGE US — Do you have a story you want to share about William? Email us at [email protected] and we may publish it on Monday.

ConocoPhillips wants President Biden to approve their dirty and dangerous Willow project in America’s Arctic. Willow’s climate impact would be the same amount of pollution as running 76 coal plants for a year. This is a climate disaster we just can’t afford. President Biden: Don’t let Willow put your ambitious climate change and public lands protection goals out of reach. Stop Willow. Learn more.

This question is from reader ALEX PENLER. Another first lady trivia question to wrap up our week — THELMA CATHERINE RYAN NIXON, RICHARD NIXON’s wife, was given the nickname, PAT, soon after she was born. Where’d the nickname come from?

(Answer at the bottom.)

TGIF! It’s cartoon feature time! This one’s by SCOTT STANTIS. Our very own MATT WUERKER also publishes a selection of cartoons from all over the country. View the cartoon carousel here.

VPOTUS’ PRESS BLITZ: While Biden continues to be incredibly selective when it comes to participating in sit-down interviews, Vice President Kamala Harris has taken a different approach. Over the past two weeks, Harris has appeared on NBC’s “Meet The Press,” discussed the state of the labor movement with lefty magazine, “The Nation,” and talked immigration and elections with Vice News. And on Friday, former HILLARY CLINTON 2016 comms director JEN PALMIERI said the vice president will also appear in an interview with JOHN HEILEMANN on The Circus, the Showtime program Palmieri co-hosts.

FLOTUS LUNCH BLITZ: The 109th annual First Lady Luncheon was in full swing Friday, as women (and some men) dressed in lace and florals packed into the Hilton Washington ballroom. Per our OLIVIA BEAVERS, who was in attendance, JILL BIDEN and second gentleman DOUG EMHOFF both addressed the crowd. The first lady spoke about helping to raise HUNTER and BEAU BIDEN, and honored the event’s charitable recipient, the National Military Family Association. Emhoff spoke about how quickly he formed a friendship with Sen. SHELLY MOORE CAPITO’s husband CHARLES CAPITO, the president of the Congressional Club Museum and Foundation, which sponsored the event.

While in Japan, she will hold a series of meetings, including with Japanese Prime Minister FUMIO KISHIDA, Australian Prime Minister ANTHONY ALBANESE and South Korean Prime Minister HAN DUCK-SOO, according to a senior administration official. In addition, she’ll hold a roundtable with Japanese business leaders in the semiconductor industry to discuss the CHIPS and Science Act. She’ll then visit the Yokosuka Naval Base, where she’ll deliver remarks.

Harris’ last stop in the Indo-Pacific region will be Seoul, where she’ll meet Thursday with South Korean President YOON SUK-YEOL to discuss the U.S.-South Korea alliance, the importance of stability in the Taiwan strait and the threat posed by North Korea in the region.

WHAT THE WHITE HOUSE WANTS YOU TO READ: This story by Las Vegas Review-Journal’s JESSICA HILL about the administration’s effort to combat the opioid crisis. “The Biden administration announced today $1.5 billion in grant funds nationwide to address the opioid epidemic and help people in recovery, $16.7 million of which will go to the Nevada Department of Health and Human Services,” it reads.

WHAT THE WHITE HOUSE DOESN’T WANT YOU TO READ: JOHN KERRY’s characterization of “a completely misnamed piece of legislation,” otherwise known as the Inflation Reduction Act. Speaking at a global clean energy forum in New York this week, Kerry praised the recently passed legislative package, which expands Medicare benefits, taxes major corporations, and attempts to bring down carbon emissions. But Kerry let the mask slip a bit when it came to the name of the measure. “I’m not sure how much it has to do with inflation, but that’s OK,” he said.

FLORIDA BOUND: President Biden heads to Florida on Sept. 27 to participate in a political rally ahead of the upcoming midterm elections. The president is expected to unleash his “most sharply targeted attack yet on Florida Gov. RON DESANTIS, a pugnacious governor who has used the power of his office to rise to national prominence by shunning Covid-19 lockdowns, mocking Biden’s age and abilities … and recently flying Venezuelan immigrants from Texas to Martha’s Vineyard,” Reuters’ JARRETT RENSHAW and NANDITA BOSE report.

CONDOLENCES: Secretary of State ANTONY BLINKEN left the U.N. General Assembly meeting Thursday evening to be with his father, who died overnight at 96 years old, our KELLY HOPPER reports. “My family lost a parent and grandparent, a source of love and inspiration — my father DONALD BLINKEN,” Blinken wrote in a tweet. “A member of the U.S. Army Air Corps, a U.S. Ambassador, president of the Mark Rothko Foundation, chair of the State University of New York dad served his city, state and country.” 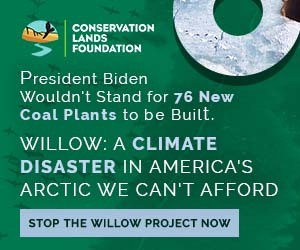 Energy Secretary JENNIFER GRANHOLM doesn’t always drink beer, but when she does, she drinks Dos Equis — okay, at least that’s what she told the Washington Post was her beer of choice back in 2020.

Granholm posted a picture of Sens. AMY KLOBUCHAR (D-Minn.) and TINA SMITH (D-Minn.) with pints of beers in hand, which prompted the question about her favorite beer.

“I honestly like a good cold Dos Equis,” she confessed, attempting to claim the title of the most interesting political figure in the world.

“‘Pat” acquired her nickname “within hours” after being born, according to the White House’s website. “Her father, WILLIAM RYAN, called her his ‘St. Patrick’s babe in the morn’ when he came home from the mines before dawn,” as she was born on March 16.

A CALL OUT — Do you think you have a harder trivia question? Send us your best one about the presidents with a citation and we may feature it.

ConocoPhillips wants President Biden to approve their dirty and dangerous Willow project in America’s Arctic. Willow’s climate impact would be the same amount of pollution as running 76 coal plants for a year. This is a climate disaster we just can’t afford. President Biden: Don’t let Willow put your ambitious climate change and public lands protection goals out of reach. Stop Willow. Learn more.