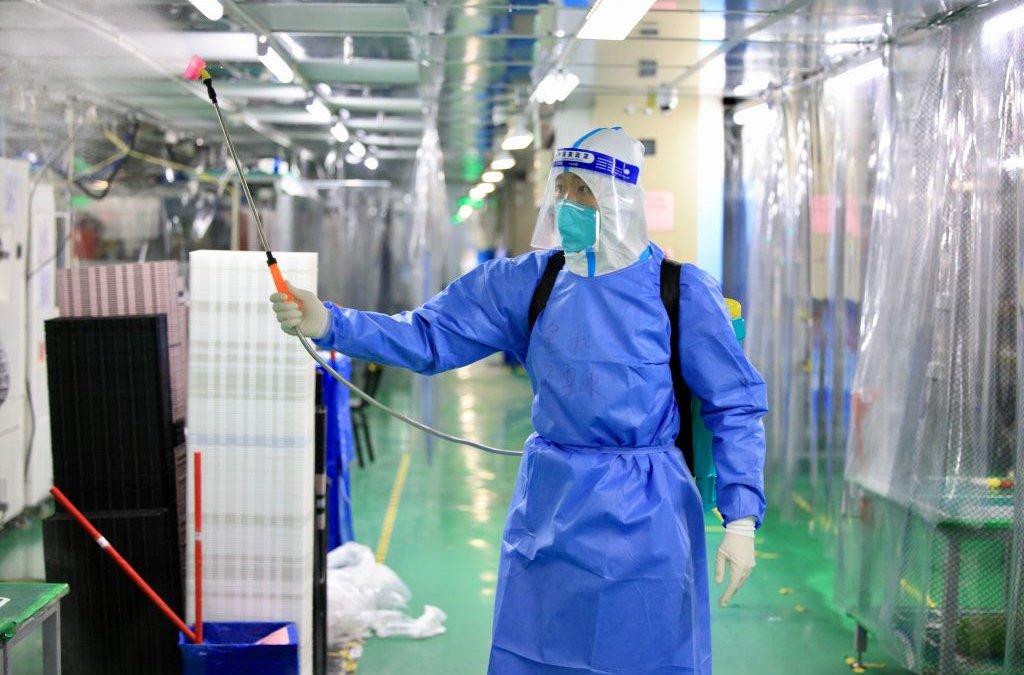 Employees at the world’s biggest Apple iPhone factory have been beaten and detained in protests over contract disputes amid anti-virus controls, according to employees and videos posted on social media Wednesday.

Videos on Chinese social media that said they were filmed at the factory in the central city of Zhengzhou showed thousands of people in masks facing rows of police in white protective suits with plastic riot shields. One person was hit in the head with a club and another was taken away with his arms held behind his back.

Apple said on Sunday that COVID-19 restrictions in China will reduce the iPhone 14 production capacity at the primary assembly plant in Zhengzhou.

The factory operator, Foxconn Technology Group, said earlier it was using “closed-loop management,” which refers to employees living at their workplace with no outside contact. That followed a walk-out last month by thousands of employees over complaints about inadequate anti-virus protection and a lack of help for coworkers who fell ill.

Apple Inc. warned earlier that deliveries of its new iPhone 14 model would be delayed due to anti-disease controls imposed on the Zhengzhou factory. The city government suspended access to an industrial zone that surrounds the factory, which Foxconn has said employs 200,000 people.

Foxconn, headquartered in Taipei, Taiwan, didn’t immediately respond to a request for information about the situation.

New reports earlier said the ruling Communist Party ordered “grassroots cadres” to fill in for Foxconn employees in Zhengzhou who left. The company didn’t respond to requests for confirmation and details about that arrangement.