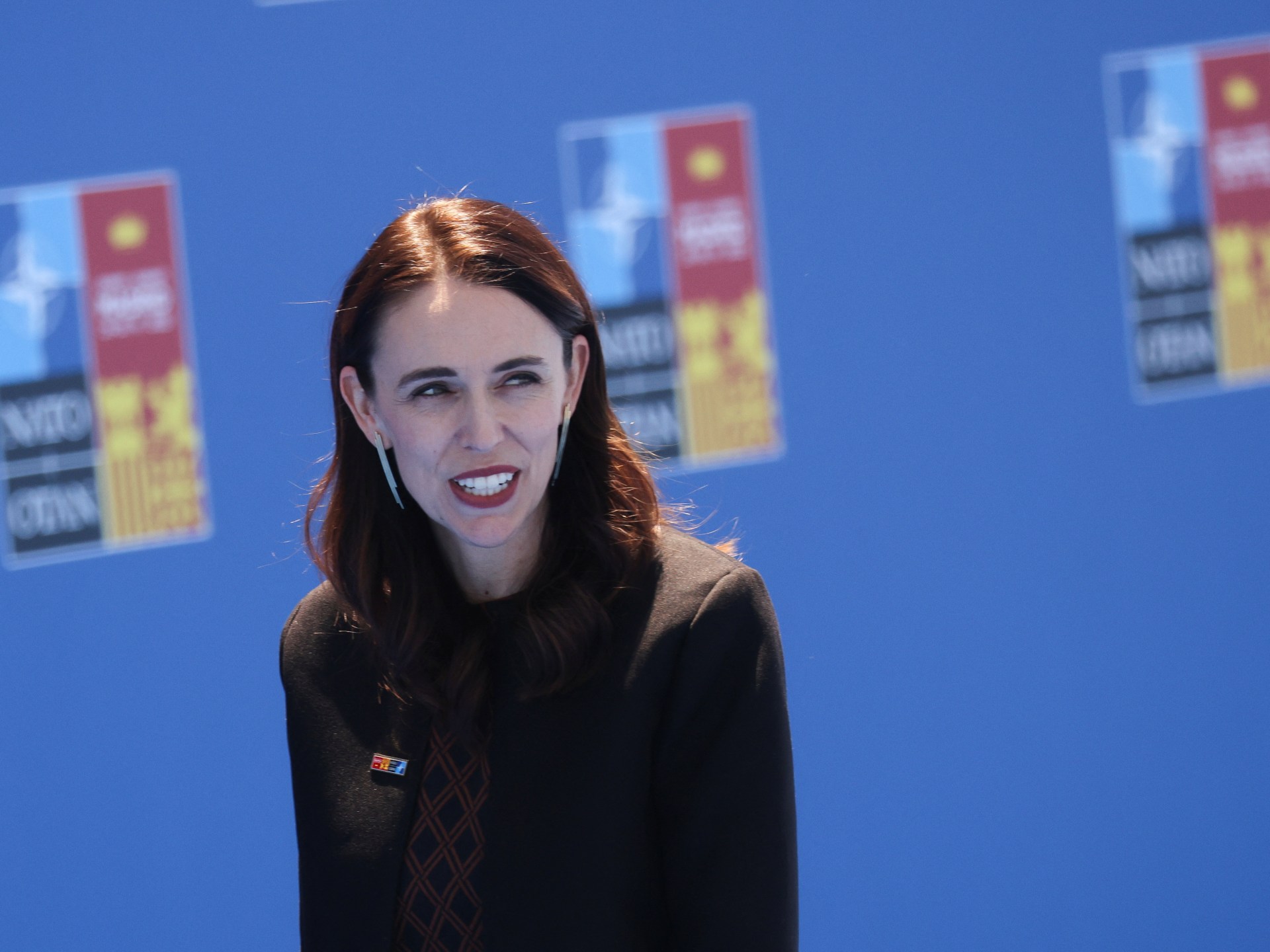 Tributes have poured in for outgoing New Zealand Prime Minister Jacinda Ardern who has announced she will step down from her position no later than early February and will not seek reelection.

Ardern’s shock announcement on Thursday that she had “no more in the tank” to continue as New Zealand’s prime minister was greeted first with surprise and then praise by fellow politicians and supporters at home and abroad.

Arden, 42, said it had been a tough five and a half years as prime minister and that she was only human and needed to now step aside.

“Politicians are human. We give all that we can, for as long as we can, and then it’s time. And for me, it’s time,” she said.

Australian Prime Minister Anthony Albanese led the tributes from Australia’s politicians, praising Ardern for leading her country with a mix of intellect and strength.

“She has demonstrated that empathy and insight are powerful leadership qualities,” Albanese wrote on Twitter.

“Jacinda has been a fierce advocate for New Zealand, an inspiration to so many and a great friend to me.”

Jacinda Ardern has shown the world how to lead with intellect and strength.

She has demonstrated that empathy and insight are powerful leadership qualities.

Jacinda has been a fierce advocate for New Zealand, an inspiration to so many and a great friend to me. pic.twitter.com/QJ64mNCJMI

In her resignation announcement, Ardern said she was not stepping down because the job was hard but because she believed others could do a better job.

She made a point of telling her daughter Neve that she was looking forward to being there when she started school this year and told her longtime partner Clarke Gayford that it was time they married.

“You can’t be what you can’t see,” wrote Katy Gallagher, Australia’s minister for finance, women and public service, noting that Ardern had set an example for a generation of young women who had watched her lead New Zealand with “strength, empathy and grace”.

You can’t be what you can’t see.

I’m so glad that a generation of young women have been able to watch as Jacinda Ardern has led New Zealand with strength, empathy and grace.

Wishing her and her family all the best as they embark on the next chapter.

Canadian Prime Minister Justin Trudeau praised Ardern for her strength, compassion and empathy, and expressed thanks for her partnership and friendship over several years.

“The difference you have made is immeasurable. I’m wishing you and your family nothing but the best, my friend,” Trudeau wrote on Twitter.

Thank you, @JacindaArdern, for your partnership and your friendship – and for your empathic, compassionate, strong, and steady leadership over these past several years. The difference you have made is immeasurable. I’m wishing you and your family nothing but the best, my friend. pic.twitter.com/72Q5p9GZzg

“Thank you for so many things, PM Ardern, but especially for making kindness and empathy cool again,” Angela Pratt, the World Health Organization’s representative in Vietnam, wrote on Twitter.

Political commentator Ben Thomas said Ardern’s announcement was a huge surprise as polls still ranked her as the country’s preferred prime minister even though support for her party had fallen from the stratospheric heights seen during the 2020 election.

Thomas said there was not a clear successor.

Ardern’s initial election in 2017 made a big splash on the global stage because of her gender and youth, coining the phrase “Jacinda-mania”.

Her empathetic leadership style was cemented by her response to the mass shootings at two mosques in Christchurch in 2019 that killed 51 people and injured 40.

Ardern swiftly labelled the attacks “terrorism” and wore a hijab as she met with the Muslim community a day after the attack, telling them the whole country was “united in grief”. She promised and delivered major gun law reform within a month.

Chris Bowen, Australia’s minister for climate change and energy, said Ardern had “led her country through its hardest ever day”.

“She inspired people around the world with calm, assured, progressive and robust leadership,” Bowen wrote on Twitter.

She led her country through its hardest ever day.

She inspired people around the world with calm, assured, progressive and robust leadership.

It’s been a pleasure working with Jacinda Ardern and her government. All the best for the future! pic.twitter.com/evEuhCnaUZ

Mark Brown, prime minister of the Cook Islands, said Ardern had led with “compassion, strength, and kindness” during some of the most turbulent times the world and New Zealand had known since World War II, including the Christchurch mosque attack, the White Island volcanic eruption in 2019, and the COVID-19 pandemic.

“You leave a legacy of true leadership,” Brown said, according to New Zealand’s Stuff news media.

Ardern won praise across the political spectrum for her handling of the COVID-19 pandemic, which saw New Zealand face some of the strictest measures globally but also resulted in one of the lowest death tolls.

But Ardern also faced growing anger at home from those who opposed coronavirus mandates and rules.

A protest last year that began on Parliament’s grounds lasted for more than three weeks until the demonstrators were forced to leave. The heated emotions around the coronavirus debate led to a level of vitriol directed at Ardern that was rarely been seen by former New Zealand leaders. She was forced to cancel an annual barbecue she hosts due to security fears.

Her popularity had also waned over the past year as inflation rose to nearly three-decade highs and the country has also become increasingly politically divided over issues such as a government overhaul of water infrastructure and the introduction of an agricultural emissions programme.

“It is a sad day for politics where an outstanding leader has been driven from office for constant personalisation and vilification,” Ngarewa-Packer said.

“Her whanau [family] have withstood the ugliest attacks over the last two years with what we believe to be the most demeaning form of politics we have ever seen,” she said.

Gerald Butts, a Canadian political consultant and vice chairman of the Eurasia Group, said Ardern was leaving her post as she had led her government: “honestly, empathetically, on her own terms. Bravo on a great run”.

Ardern leaves like she led: honestly, empathetically, on her own terms. Bravo on a great run. https://t.co/oKzaAHbfYN

The ruling Labour Party’s vote for a new leader will take place on Sunday. The new party leader will be the prime minister until the next general election.

Ardern’s term as leader will conclude no later than February 7 and a general election will be held on October 14.