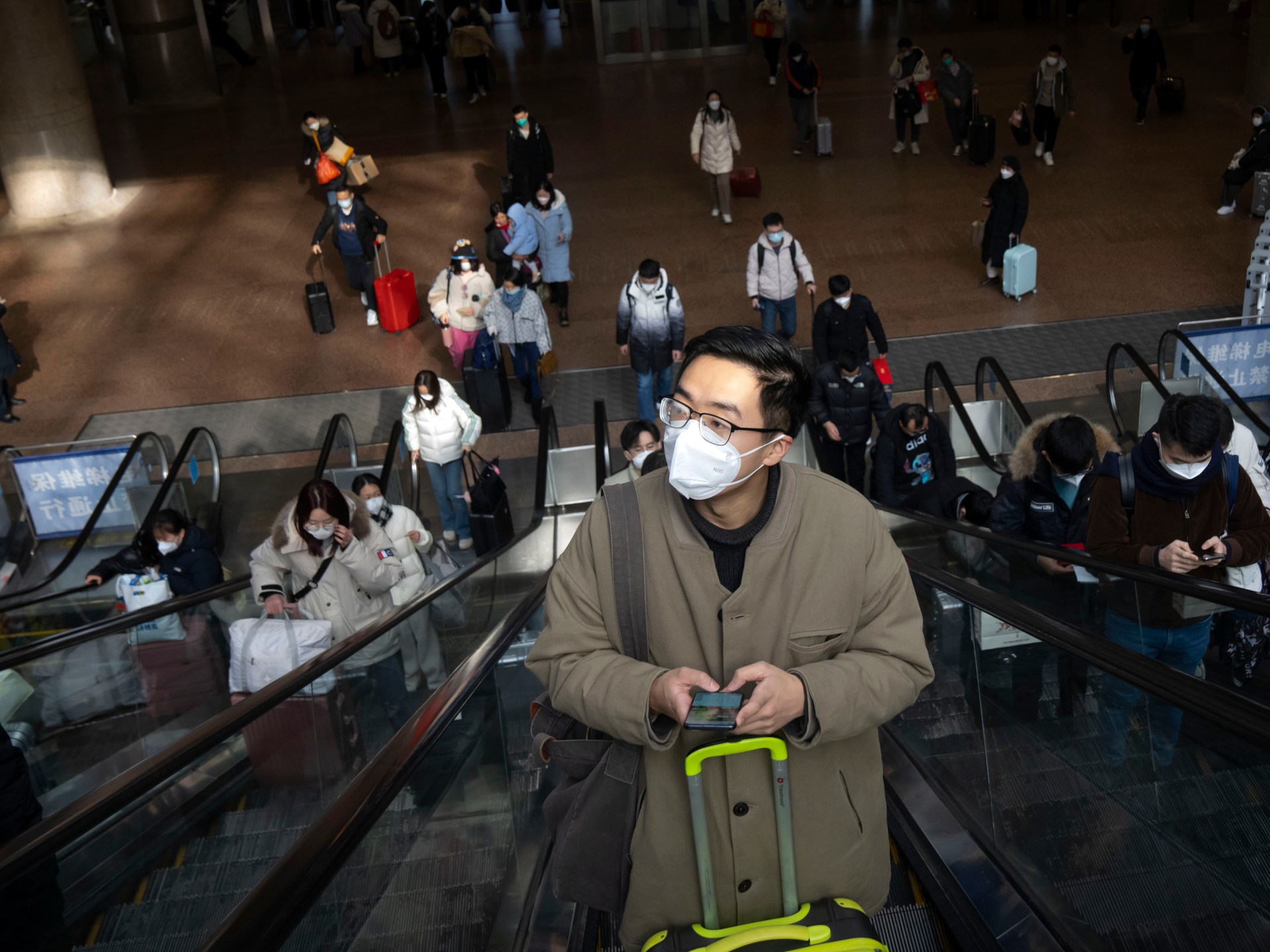 Hairdresser Wang Lidan is making an emotional Lunar New Year journey from Beijing to her hometown in northeastern China – her first such journey in three years – after the government lifted a strict “zero-COVID” policy that kept millions of people at home and sparked protests.

Referred to in China as the Spring Festival, the New Year holiday may be the only time of the year when urban workers return to their hometowns and see the family they have left behind.

The Chinese government expects about 2.1 billion journeys to be made during a 40-day travel period around the celebration as people rush back for the traditional reunion dinner on the eve of the new year. The first day of the Lunar New Year falls on Sunday.

“The restrictions are lifted, which made me relaxed. So I think it’s time to go home,” Wang said before heading into Beijing Train Station for a trip to the Heilongjiang province.

In December, China abruptly dropped near-daily coronavirus testing and QR code monitoring of residents after public frustration boiled over into protests in Shanghai and other cities. This month, it dropped most remaining restrictions, including the demand travellers from overseas go into lengthy and expensive quarantine.

Many local governments had also imposed their own quarantine on travellers coming into their areas, and it was those that Wang said had deterred her from leaving Beijing.

“I would miss the Spring Festival and delay my return to work if I was quarantined twice. So inconvenient!”

Hu Jinyuan, from the eastern province of Shandong, had managed to return home each year despite the hassles. He says he plans to continue with regular COVID-19 testing and other measures given the high number of cases since the restrictions were lifted.

“I do nucleic acid tests every now and then. When I arrive in my hometown, I will surely do a test as a way of self-protection. Otherwise, I won’t know if I’m infected. If I’m infected, I will just isolate myself at home,” Hu said.

Wang Jingli said he decided to work through the holidays since his company would triple his overtime pay. With the COVID-19 restrictions cancelled, his children and wife will visit him in Beijing from their hometown in Henan province.

“With the reopening, everyone is very happy about the Spring Festival because we can reunite with our families. But because of my work, I would spend my Spring Festival here in Beijing.”