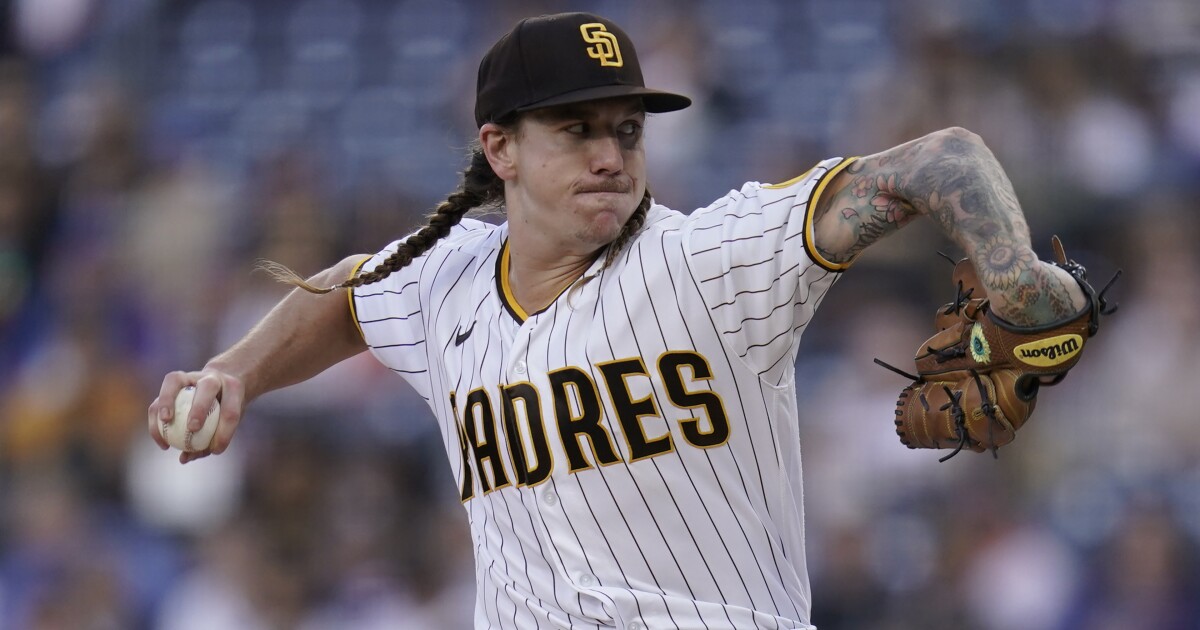 COVID will impact Saturday’s doubleheader, as Padres pitchers Mike Clevinger and Adrian Morejon were placed on the COVID injured list ahead of the twin bill against the Rockies at Petco Park.

Clevinger was scheduled to start the 1:10 p.m. game but was scratched late Friday night, pushing Nick Martinez up a day. Morejon made his 2022 debut Tuesday and was viewed as vital coverage as the Padres began a stretch of 18 games in 17 days.

Instead the Padres called up left-hander Ray Kerr and right-hander Reiss Knehr from Triple-A El Paso to replace Clevinger and Morejon. Outfielder Brent Rooker was also recalled as the 27th man for the doubleheader.

This story will be updated when the Padres and Rockies post their lineups.

The 25-year-old rookie has allowed six homers in his first 26 1/3 innings in the majors, three in 6 1/3 innings last year (11.37 ERA) and three in 20 innings this year. This is his first career appearance against the Padres.

He threw four innings of two-run ball in relief on Sunday in Milwaukee and is moving into the rotation for at least one turn as the Padres negotiate the weekend doubleheader. Martinez has a 4.91 ERA at home vs. 3.00 away from Petco Park. He has thrown more than five innings in just two of his eight starts.