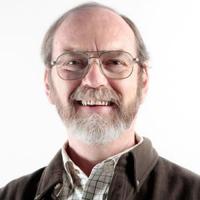 Protests stoked by the leak of the draft Supreme Court opinion in Dobbs v. Jackson Women’s Health, aka the Mississippi abortion case, is a warm-up for more intense protests that will undoubtedly occur if the decision to overturn Roe v. Wade is announced this June.

Overturning Roe is expected by almost all observers except Sens. Susan Collins, R-Maine and Lisa Murkowski, R-Alaska, who say they believed Neil Gorsuch and Brett Kavanaugh’s claim that “Roe was settled law” during their nomination hearings.

Both the Republican pro-choice senators may soon be having second thoughts after confirming the men to the Supreme Court.

For nearly half a century, the politics of Roe has held a chokehold on America. It feels like a bad dream. Regardless of the Supreme Court’s decision, the politics of abortion won’t go away anytime soon because the pro-choice and pro-life participants and the structure of the American political system will keep the pot stirring.

The politics around Roe have prevented policy action on other critical issues because the pro- and anti-Roe coalitions soak up so much time and attention.

The leak of a draft opinion of the Supreme Court, and the inflammatory ideas and expressions contained in it, e.g. “deeply rooted history,” shows the power of the Roe issue to lead the poisoning of the American political system.

While I am not a Supreme Court groupie, I generally advocate following institutional norms and rules for the greater good. Public approval of the Supreme Court declined to 40% last year when it was often more than 60% favorable since 2000.

Roe itself and the topic of abortion are polarizing issues in part because Americans honestly disagree, but also because we talk past each other and see different aspects of abortion.

There are five facts that I wish all Americans recited before entering conversations about abortion:

1. Abortions were performed in about half the states prior to the 1973 Roe v. Wade decision, and were medically practiced in the early 1900s before the American Medical Association lobbied to force out what we now call “alternative medicine providers.”

2. Public opinion on abortion has been stable in national polls with about two-thirds of Americans favoring keeping Roe v. Wade. However, there is wide variation among the states with 74% of Massachusetts respondents supporting some form of legal abortion at the rate of highest support, and West Virginia the lowest with 35% supporting abortion. Missouri and Texas are tied for 40th place with 45 percent supporting abortion in most cases. This state variation explains why the politics of Roe has reminded polarizing for nearly 50 years.

3. The number of abortions has decreased both nationally and in Missouri. The Guttmacher Institute reports 18% of pregnancies ended in abortion in 2017 with approximately 862,320 abortions were performed in 2017, down 7% from 926,190 in 2014. The decrease is probably due to abortion restrictions, improved sex education and more accessible birth control.

Missouri has not had an abortion provider since 2019 when Planned Parenthood of St. Louis moved to Illinois. The Missouri Department of Health reports that 3,903 abortions were performed in 2017 in Missouri, compared with 19,043 in 1980.

4. Overturning Roe will not end abortion; it will allow states to regulate abortion. Missouri is one of 13 states where prohibiting any abortion would be triggered automatically if Roe is overturned. 16 states, including Illinois, California and New York, have codified abortion as a protected right.

5. There are medical alternatives to dilation and curettage (D&C) abortion, and more are likely to become available. More than half of abortions last year were medically induced. Last December, the Food and Drug Administration approved the distribution of mifepristone without a direct doctor’s visit and prescription. At least 10 states have restricted medical abortions, and its likely other states, including Missouri, would ban them as well, forcing residents to go to a state allowing abortions in order to receive abortion pills even through a telemedicine outlet.

Widespread protests sparked by news of the leaked opinion earlier this week will undoubtedly occur again when the final decision in Dobbs v. Jackson Women’s Health is announced. After a couple days of protests, protestors should turn their attention to a “post Roe, pro-women” agenda.

Preventing unwanted pregnancies is the best abortion policy. To that end, sex education and birth control availability should be expanded. Rape and incest laws should be aggressively enforced, including funding for analysis of the backlog of rape kits.

If Roe is overturned, perhaps pro-life groups will become more pro-life by opposing the death penalty, regulating guns that kills people and supporting policies that reduce poverty and homelessness.

Some political pundits anticipate that overturning Roe will affect the 2022 midterm congressional and state elections. After nearly 50 years of abortion politics, I don’t expect much electoral impact of overturning Roe v Wade given voter concern about Trump’s political influence, inflation, Ukraine, COVID-19 and the economy.

The only way abortion politics will move on is for Americans to accept having some states allowing abortion and some states prohibiting abortion. In the present era of the nationalization of news and politics, that’s unlikely, so the politics of abortion will go on.

About opinions in the Missourian: The Missourian’s Opinion section is a public forum for the discussion of ideas. The views presented in this piece are those of the author and do not necessarily reflect the views of the Missourian or the University of Missouri. If you would like to contribute to the Opinion page with a response or an original topic of your own, visit our submission form.