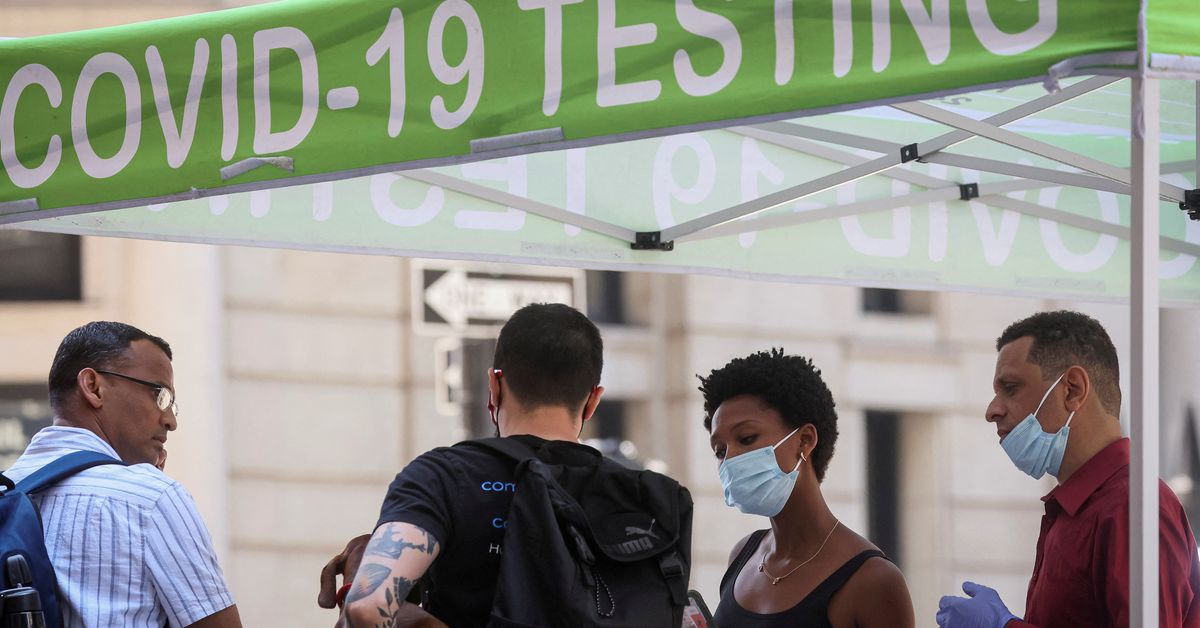 July 21 (Reuters) – The following is a summary of some recent studies on COVID-19. They include research that warrants further study to corroborate the findings and that has yet to be certified by peer review.

An experimental COVID-19 vaccine in the form of an oral tablet has shown promising immune responses in a small preliminary trial designed mainly to evaluate its safety, according to drug manufacturer Vaxart Inc (VXRT.O). The South San Francisco, California-based company had earlier said the tablet was well tolerated, with no one dropping out of the study because of adverse effects. On Tuesday, they reported on immune responses in the 35 healthy volunteers who received the tablet.

While the currently approved vaccines induce antibodies in the blood, the tablet induced antibodies in the mucosa – the tissues lining the nose and airways that are the first line of defense against the virus, according to a report posted on the medical website medRxiv ahead of peer review. Nearly half of volunteers showed an increase in long-lasting antibodies capable of binding to multiple sites on the Delta and Omicron variants of the virus that causes COVID-19. Nasal and saliva samples showed that half of study participants had higher antibody levels than similar people whose antibodies were the result of previous COVID-19 infections. The enhanced neutralizing capacity lasted for six months, the researchers said.

Going forward, larger studies designed specifically to test the tablet’s effectiveness are needed, as are studies to test whether this so-called adenovirus-vector vaccine would work well in people who already have received the mRNA vaccines from Pfizer Inc/BioNTech SE (PFE.N), (22UAy.DE) or Moderna Inc (MRNA.O).

High blood pressure more than doubles the risk of hospitalization during COVID-19 infections with the coronavirus Omicron variant, even in people who are fully vaccinated and boosted, a U.S. study showed.

Doctors at Cedars-Sinai Medical Center in Los Angeles studied 912 people with COVID-19 when Omicron was the dominant variant despite having received at least three doses of an mRNA vaccine from Pfizer/BioNTech or Moderna, including 145 who required hospitalization. The risk for severe disease was increased in people with well-known risk factors such as older age, heart failure or kidney disease, the researchers reported on Thursday in the journal Hypertension. But hypertension “was associated with the greatest magnitude of risk,” more than doubling the odds that someone with COVID-19 would need to be hospitalized, they added. Even looking only at younger people with generally healthy organs, hypertension was still associated with “substantial and significant risks,” they found.

“We were surprised to learn that many people who were hospitalized with COVID-19 had hypertension and no other risk factors,” study leader Dr. Susan Cheng said in a statement. “This is concerning when you consider that almost half of American adults have high blood pressure.”

Infection with the Omicron variant of the coronavirus in the third trimester of pregnancy is linked with an increased risk of preterm delivery, according to Israeli researchers.

Doctors there compared 2,753 pregnant patients with positive PCR tests for the virus this year to the same number of similar but uninfected pregnant patients. Infections were not associated with preterm birth when diagnosed in the first or second trimester. But nearly half of the women were infected in the third trimester. In this group, rates of preterm birth were 5.8%, compared to 2.3% among uninfected women at the same stage of pregnancy, the study found. After accounting for other risk factors, women diagnosed in the third trimester were nearly three times more likely than uninfected women to delivery early, and those diagnosed after 34 weeks of gestation were roughly seven times more likely to have late preterm births, according to a report published on Wednesday in the journal PLOS One. Symptomatic infections increased the risks even further.

“Women during their third trimester, specifically after 34 weeks of gestation, should practice social distancing and respiratory protection to reduce risk of adverse pregnancy outcomes,” the researchers wrote. They added that women at earlier stages of pregnancy should not let down their guard because the study did not evaluate “other potential differences in the mother or newborn.”

Reporting Nancy Lapid and Shawana Alleyne-Morris; Editing by Will Dunham