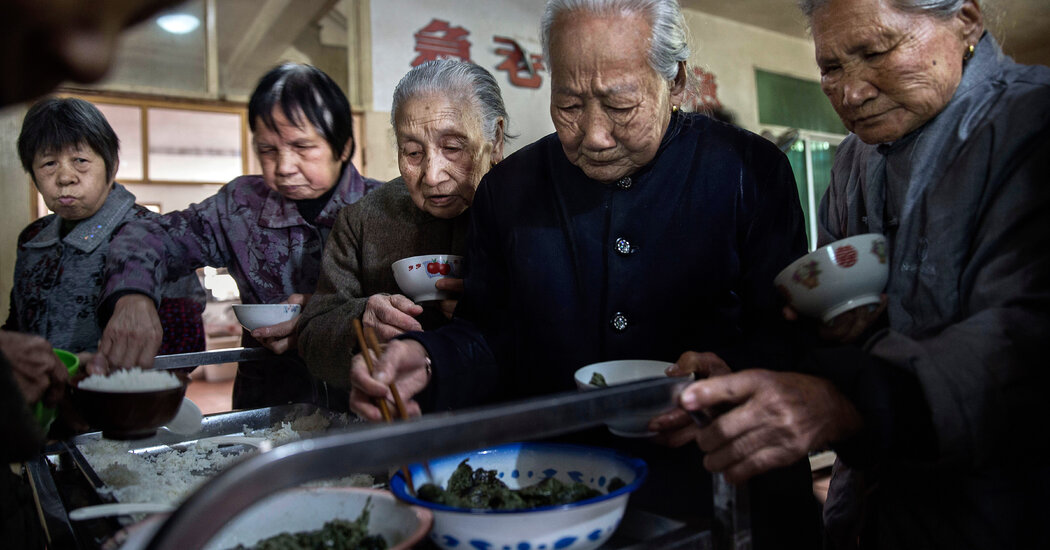 China’s population declined last year, for the first time since the mass deaths associated with Mao Zedong’s disastrous Great Leap Forward in the 1960s. Or maybe it would be more accurate to say that China has announced that its population declined. Many observers are skeptical about Chinese data; I’ve been at conferences when China released, say, new data on economic growth, and many people responded by asking not “Why was growth 7.3 percent?” but rather “Why did the Chinese government decide to say that it was 7.3 percent?”

In any case, it’s clear that China’s population is or soon will be at a peak; the best bet is probably that population has been falling for several years. But why consider this a problem? After all, in the 1960s and 1970s, many people worried that the world was facing a crisis of overpopulation, with China one of the biggest sources of that pressure. And the Chinese government itself tried to limit population growth with its famous one-child policy.

So why isn’t population decline good news, an indication that China and the world in general will have fewer people placing demands on the resources of a finite planet?

The answer is that a declining population creates two major problems for economic management. These problems aren’t insoluble, given intellectual clarity and political will. But will China rise to the challenge? That’s far from clear.

The first problem is that a declining population is also an aging population — and in every society I can think of we depend on younger people to support older people. In the United States the three big social programs are Social Security, Medicare and Medicaid; the first two are explicitly targeted at seniors, and even the third spends most of its money on older Americans and the disabled.

In each case, the funding for these programs ultimately depends on taxes paid by working-age adults, and concerns about America’s long-term fiscal future arise largely from a rising old-age dependency ratio — that is, a rising ratio of seniors to those of working age.

China’s social safety net is relatively undeveloped compared with ours, but older Chinese nonetheless depend on government aid — especially the state pension. And China’s old-age dependency ratio is skyrocketing. This means that China will either have to inflict a lot of economic pain on its elderly, sharply raise taxes on younger citizens or both.

The other problem is subtler but also serious. To maintain full employment, a society must keep overall spending high enough to keep up with the economy’s productive capacity. You might think that a shrinking population, which reduces capacity, would make this task easier. But a falling population — especially a falling working-age population — tends to reduce some important kinds of spending, especially investment spending. After all, if the number of workers is declining, there’s less need to build new factories, office buildings and so on; if the number of families is declining, there’s not much need to build new housing.

The result is that a society with a declining working-age population tends, other things equal, to experience persistent economic weakness. Japan illustrates the point: Its working-age population peaked in the mid-1990s, and the country has struggled with deflation ever since, despite decades of extremely low interest rates. More recently, other wealthy countries whose demographies have begun to resemble Japan’s have faced similar issues, although these issues have been sidelined — temporarily, I’d argue — by the burst of inflation set off by policy responses to Covid-19.

To be fair to the Japanese, they’ve arguably handled the issue of population decline pretty well, avoiding mass unemployment in part by propping up their economy with deficit spending. This has led to high levels of public debt, but there has been no hint that investors are losing faith in Japanese solvency.

But can China — whose working-age population has been falling since 2015 — manage things equally well? There are good reasons to be skeptical.

For China has long had a wildly unbalanced economy. For reasons I admit I don’t fully understand, policymakers there have been reluctant to allow the full benefits of past economic growth to pass through to households, and that has led to relatively low consumer demand.

Instead, China has sustained its economy with extremely high rates of investment, far higher even than those that prevailed in Japan at the height of its infamous late-1980s bubble. Normally, investing in the future is good, but when extremely high investment collides with a falling population, much of that investment inevitably yields diminishing returns.

Indeed, at this point China’s economy appears to rely on an incredibly bloated real estate sector, which sure looks like a financial crisis waiting to happen.

It would be foolish to assume that China can’t cope with its demographic issues. After all, if we’re taking the longer view, China has been an incredible success story, transforming itself from a poor, developing nation into an economic superpower in just a few decades.

On the other hand, I’m old enough to remember when every other business book seemed to have a samurai warrior on the cover, promising to teach the management secrets that were turning Japan into the world’s economic leader.

The point is that for economies, as with investment funds, past performance is no guarantee of future results. We don’t know how much China’s demographic challenges will cause it to stumble, but there are good reasons to be concerned; I’ve heard pessimists describe the situation in China as similar to that of post-boom Japan without the same high level of social cohesion that allowed government and society to cushion the fall.

Oh, and China is a superpower, with an authoritarian and seemingly erratic leader. I don’t think it’s alarmist to worry about how it will react if its economy performs poorly.

When Japan was the great “menace.”

Are we at economic war with China?