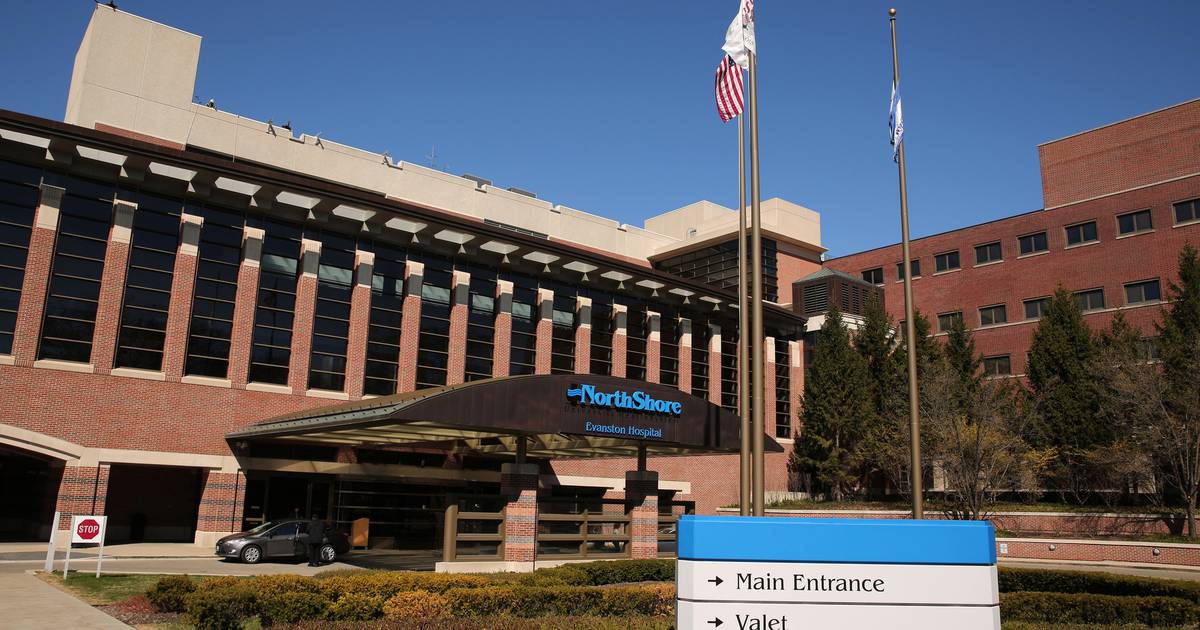 NorthShore University HealthSystem has agreed to pay $10.3 million to settle a lawsuit brought by employees who alleged the hospital system wouldn’t let them keep their jobs after they objected to getting COVID-19 vaccines for religious reasons.

Fourteen workers — including nurses, a pharmacy technician and a senior application analyst all named anonymous in the lawsuit — sued NorthShore in October alleging that NorthShore refused to grant them true exemptions from the mandate that all its workers get vaccinated.

NorthShore is not admitting to any wrongdoing as part of the proposed settlement agreement, which was filed Friday in U.S. District Court for the Northern District of Illinois. The agreement must still be approved by a judge.

As part of the settlement, NorthShore is agreeing to rehire workers who were fired for refusing to get vaccinated for religious reasons.

NorthShore, like other hospital systems, will still require its workers to be vaccinated against COVID-19, but, as part of the settlement, it is changing its exemption policy. Moving forward, it will review individual workers’ requests for religious exemptions, and if those exemptions are approved, NorthShore will work to accommodate them, regardless of their positions.

“We continue to support systemwide, evidence-based vaccination requirements for everyone who works at NorthShore – Edward-Elmhurst Health and thank our team members for helping to keep our communities safe,” NorthShore said in a statement Monday.

The organization representing the workers hailed the agreement as an “historic, first-of-its-kind class-action settlement against a private employer who unlawfully denied hundreds of religious exemption requests to COVID-19 shots,” in a news release. The workers are represented by the Liberty Counsel, which describes itself as a Christian ministry that advocates for religious freedom.

“The drastic policy change and substantial monetary relief required by the settlement will bring a strong measure of justice to NorthShore’s employees who were callously forced to choose between their conscience and their jobs,” said Horatio Mihet, Liberty Counsel’s vice president of legal affairs and chief litigation counsel, in the news release. “This settlement should also serve as a strong warning to employers across the nation that they cannot refuse to accommodate those with sincere religious objections to forced vaccination mandates.”

NorthShore estimates that about 523 of its workers were denied religious exemptions to the vaccine mandate between July 1, 2021, and Jan. 1 of this year, according to the proposed settlement agreement. Of those 523, about 204 got the vaccines after they were denied exemptions and 269 were terminated or resigned.

Lawyers representing NorthShore and the workers asked the court to allow the settlement to apply to all NorthShore workers who were fired or resigned or who got vaccines because they were denied religious exemptions.

If the settlement agreement and request for it to cover more than 500 workers are approved, workers who were fired or resigned could receive about $25,000 each, and employees who got vaccines after their religious exemption requests were denied could get about $3,000 each, according to the Liberty Counsel. The 13 lead plaintiffs in the lawsuit would get an additional $20,000 each. One of the original plaintiffs dropped out of the case because the exemption was approved.

In some cases, the workers said they didn’t want the vaccines because of their links to aborted fetuses. None of the COVID-19 vaccines in the U.S. contains fetal cells. But cell lines derived from two abortions, performed decades ago, were used in the early testing or development of the vaccines, according to the Michigan Department of Health and Human Services. Other religious authorities, including the Vatican, have deemed the use of the vaccines morally acceptable.

The workers said they were willing to be regularly tested for COVID-19, wear masks and report if they were having symptoms, rather than be vaccinated.

In January, the U.S. Supreme Court upheld a federal requirement that hospitals across the U.S. have COVID-19 vaccine mandates for their workers, unless those workers are exempt for medical or religious reasons.

Under Equal Employment Opportunity Commission guidelines, employees can ask to be exempted from vaccination requirements because of sincerely held religious beliefs or because of disabilities. But employers don’t have to grant those exemptions if an unvaccinated person would pose a direct threat to others in the workplace, or if accommodating him or her would be an undue burden.

Illinois also still requires health care workers to be vaccinated, but in July, Gov. J.B. Pritzker’s administration relaxed rules about testing for those who were not fully vaccinated.

Up to that point, Illinois health care workers who weren’t fully vaccinated had to be tested weekly for COVID-19. Now, with the exception of workers in long-term care facilities, those workers only have to be tested weekly if they are in high coronavirus transmission counties as determined by the federal Centers for Disease Control and Prevention. Every county in Illinois is now at high transmission levels.