Thank you for your interest in and support of the Valley News.

An anonymous donor has agreed to MATCH every dollar donated up to $28,500 in our hosting of journalists Frances Mize and Alex Driehaus for their one-year placements with the Valley News through Report for America, a national service program that boosts local news by harnessing community support. Donate today and DOUBLE the impact of your support.

NEWPORT — Three days a week, one of the two operators of Newport’s wastewater treatment system pull samples from the effluent that’s treated there.

The samples, which are composites collected over a 24-hour period, then go to either to the New Hampshire state public health laboratory, via courier, or to the Centers for Disease Control and Prevention, via Fedex.

The public health scientists in the labs analyze the samples and determine how much of the virus that causes COVID-19 is present in the water. Newport’s public works department then gets a report back from the state illustrating the rise and fall of the presence of the virus in the water.

To date that information isn’t being used for much, “other than it is very interesting to see the trend,” Todd Cartier, Newport’s public works director, said. Newport’s results from the first week of January show the concentration of virus copies per liter dropping from more than 3 million to about 665,000.

Ultimately, the goal is to find a “better predictor not only for this virus, but for other viruses in the future,” he said. To “see stuff happen before there’s an outbreak.”

Because people who are infected with the virus shed it in their feces before they have symptoms, there is hope — especially now that fewer people are reporting positive test results to the government — that wastewater monitoring can be used to inform the public health response to COVID-19, and potentially to other viruses in the future.

Using funding through the American Rescue Plan Act, New Hampshire has recently expanded its wastewater surveillance program to 14 municipalities around the state, including three in the Upper Valley, according to a December news release from the Department of Health and Human Services. In addition to Newport, Sunapee and Hanover are also participating in the state’s program.

“Hopefully more will come on board,” Laura Montenegro, a spokeswoman for DHHS, said.

The 11 Vermont communities participating in the National Wastewater Surveillance System, run by the CDC, do not include any in the Upper Valley. But the Windsor County community of Ludlow is participating. Burlington conducts its own monitoring, in collaboration with the department of health, as well as researchers at the University of Vermont and Dartmouth Hitchcock Medical Center

The Vermont Department of Health reports wastewater surveillance data as part of its weekly COVID-19 surveillance report, which also includes other indicators of the virus’ presence in the state, including COVID-19-related hospital admissions and emergency department visits.

“The value of wastewater surveillance is its ability to provide an early population-based signal of whether COVID-19 levels are rising or declining,” Ben Truman, a health department spokesman, said. “Wastewater detection levels can vary from week to week.”

“For example, an uptick in viral detection in Burlington wastewater lets us know there is likely viral activity in the area, that would soon be followed by reports of illness,” Truman said. “It is an additional piece of data that allows us to give Vermonters the information they need to take prevention actions and to plan.”

New Hampshire’s surveillance program is not yet being used to inform public health efforts because the state only recently took over the monitoring, which had previously been done by the University of New Hampshire, Ryan Tannian, DHHS’s infectious disease bureau chief, said. The state is using a different analysis method than the university, so the data is not comparable.

“Wastewater surveillance is still a novel tool in its infancy,” Tannian said. It will be “some time before we have enough data to really track any trends.”

Montenegro estimated that the state may have the ability to track a fall surge in the lead up to the beginning of next school year.

The state just recently hired people to work in the state lab whose time will be dedicated to this project, Tannian said. In addition, the state is exploring a sustainable funding source for the program, such as grant funds through the CDC.

Being able to predict such a surge would help health systems to prepare in advance, Tannian said. It also would allow communities, schools and nursing homes to implement mitigation strategies, such as masking, if they wish to in response to a spike in levels of the virus in wastewater. The department’s role is to gather the data and make it available for others to use in making decisions about mitigation strategies. The state’s data is available online at: covid19.nh.gov/wastewater-surveillance.

In the meantime, one challenge with using wastewater to measure COVID-19 levels in rural areas is that people often rely on private septic systems, not municipal water treatment plants. In New Hampshire, 60% of the state is on septic systems, Tannian said.

A strategy for how to incorporate people on septic systems is “on the horizon,” Montenegro said.

Some effluent from septic systems is taken into account through sampling at Newport’s wastewater plant, which receives effluent from some 2,000 users, including residential and commercial accounts, as well as waste from septic tanks, Cartier said.

“They graciously stepped right up in the beginning and said, ‘Yes, we’ll do this,’ ” Cartier said. He noted that the two men are responsible for the plant’s operation seven days a week, 24 hours a day.

“We wish there was money involved but no,” Cartier said of the COVID-19 sampling. The state and the CDC provide the required materials, but the town employees provide their time.

“It’s kind of the right thing to do,” Cartier said. “It’s all information that everyone benefits from.” 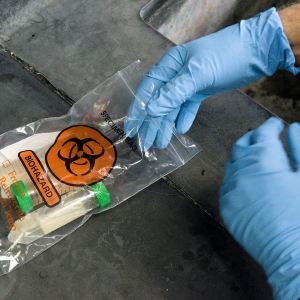 NEWPORT — Three days a week, one of the two operators of Newport’s wastewater treatment system pull samples from the effluent that’s treated there…

CLAREMONT — A proposed Claremont School District budget of $35.86 million budget for the fiscal year beginning July 1 represents an increase of… 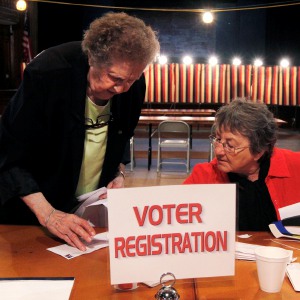 NEWPORT — When Ella Casey arrived in Newport in the mid-1960s, she hit the ground running and rarely stopped for the next 50-plus years, involving… 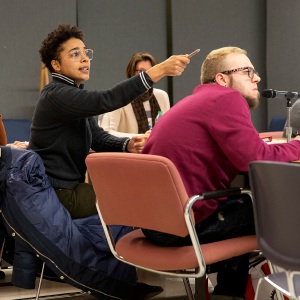 It isn’t that there aren’t racial justice issues to tackle in Claremont. It’s that, as a member of the city’s School Board, Whitney Skillen is…

<!– –>
<!– –> If Javascript is disabled in your browser, to place orders please visit the page where I sell my photos, powered by Fotomoto.