A group of California physicians is suing Governor Gavin Newsom’s administration over a state law that empowers the Medical Board of California to discipline physicians who espouse opinions about COVID-19 that are not in line with the mainstream.

In a lawsuit filed Wednesday, five doctors asked a district court in California to prevent the law from taking effect and said it violates their First Amendment rights and constitutional right to due process. The doctors are represented by the New Civil Liberties Alliance (NCLA), a nonpartisan civil rights firm.

“California’s new ‘misinformation’ law is the result of an increasingly censorious mentality that has gripped many lawmakers in this country,” Jenin Younes, counsel for NCLA, said in a media statement.

“That this shocking bill passed through the state legislature and was signed into law by Governor Newsom demonstrates that far too many Americans do not understand the First Amendment,” Younes said. 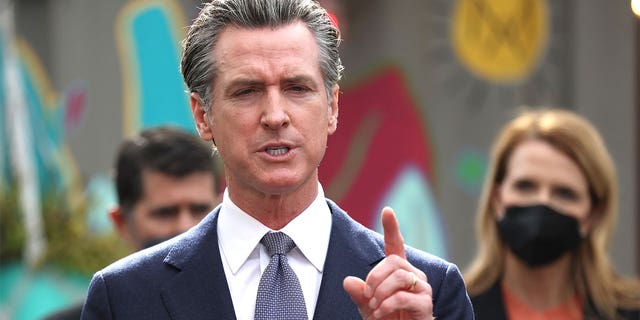 Democratic California Gov. Gavin Newsom and his administration are subjects of a lawsuit against a new law that could punish doctors who offer COVID advice that is out of the mainstream. (Justin Sullivan/Getty Images)

The doctors, who treat patients on a regular basis, say the California law violates their First Amendment rights because “it impedes their ability to communicate with their patients in the course of treatment.”

“In safeguarding Americans’ rights to free speech and expression, the First Amendment applies not only to expression of majority opinions, but to minority views as well,” the complaint said.

“Indeed, it is minority views that need protection from government censorship — as this law shows. Nor is there an exception to the prohibition on viewpoint-based discrimination simply because the law applies only to a regulated profession,” it said. 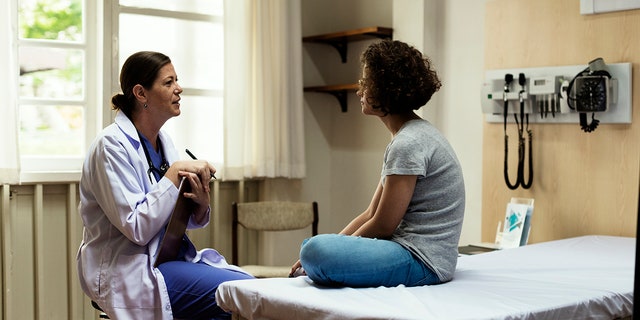 CALIFORNIA’S NEWSOM SAYS DEMS GETTING ‘DESTROYED’ ON MESSAGING: ‘WE’RE GOING TO HAVE TO DO BETTER’

Minority views, the doctors said, could include opinions on the efficacy of mask mandates the possible risks of post-vaccination adverse effects like myocarditis in young adults who receive COVID-19 booster shots.

In their lawsuit, the doctors also argue that “contemporary scientific consensus” is “undefined in the law and undefinable as a matter of logic.”

“No one can know, at any given time, the ‘consensus’ of doctors and scientists on various matters related to prevention and treatment of COVID-19,” the complaint said. “And even if such a poll could theoretically be taken, who would qualify to be polled? Only those doctors treating COVID-19 patients? All doctors and scientists, or only those in certain fields?”

“The very existence of these questions illustrates that any attempt at a legal definition of ‘scientific consensus’ according to which doctors must operate in their day-to-day practice is impractical and borders on the absurd,” the complaint states.

One plaintiff, Dr. Tracy Hoeg, wrote in the lawsuit that she is “afraid of saying something to my patients that I know is consistent with the current scientific literature but may not yet be accepted by the California Medical Board.” Physicians must “feel free to speak truthfully with their patients if they wish to gain and maintain their trust,” she said. 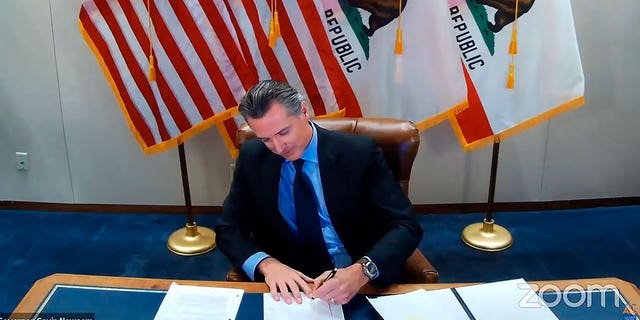 Hoeg has been the first, or senior, author of nine epidemiological analyses, six of which have been published in peer-reviewed journals on topics like the effectiveness of mask mandates and risk-benefit analysis of COVID-19 mRNA vaccines in children. She said the California law “puts physicians who are simply trying to give appropriate and individualized recommendations in a difficult position, particularly considering they may not know what the California Medical Board’s ‘consensus’ is at the moment or if it also evolves as our understanding evolves.”

The complaint noted that the medical boards’ members are appointed by the governor and state lawmakers, and that seven of the boards’ 15 members are designated as “public members” who may not even be licensed physicians.

The doctors are asking that the court stop the law from taking effect in January while they battle the state in court in hopes that the “unconstitutional” law ultimately be struck down.

“Our country has a strong historical commitment to free and open debate and to protect the ability of those who dissent from the government’s view to express their own opinions. We have no doubt that courts will see this unconstitutional law for what it is and strike it down,” said Younes.