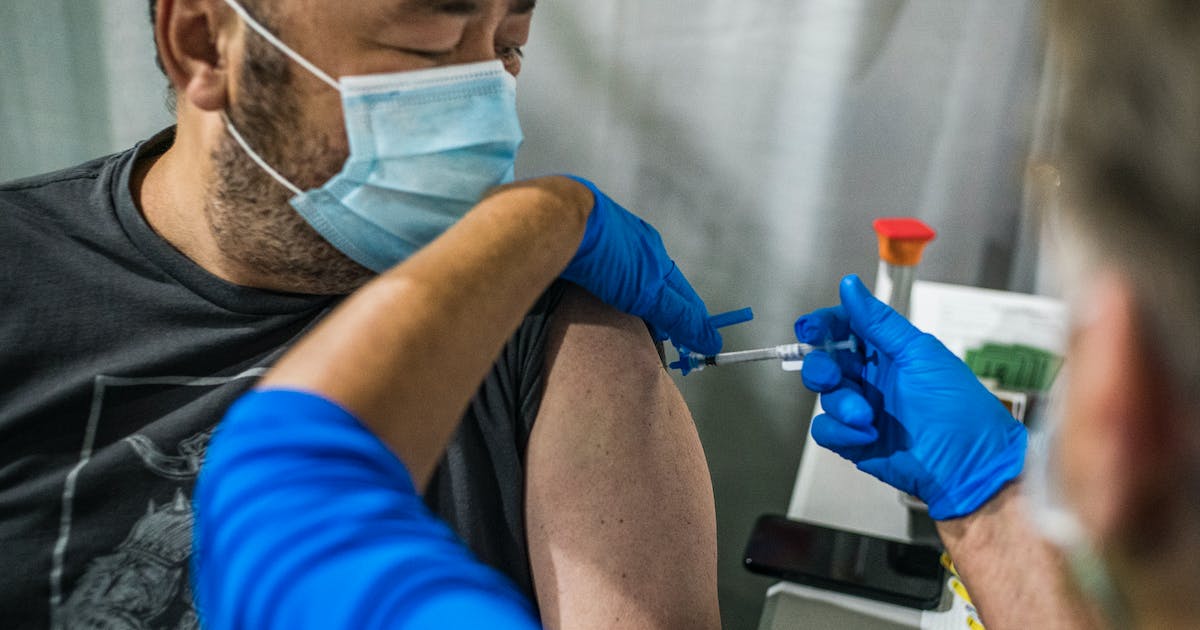 COVID-19 trends remain flat or improving in Minnesota, despite new coronavirus variants taking hold in a population that has fallen behind on vaccine recommendations.

Minnesota hospitals reported only 398 inpatient cases of COVID-19 on Tuesday — the first time since mid-October that the total had been below 400, according to Thursday’s state pandemic situation update. Viral loads in wastewater declined slightly on Monday across all six state reporting regions, according to the latest University of Minnesota monitoring data.

“You don’t get a sense much is changing. There is still a lot of virus in wastewater but it’s not going up or down significantly,” said Dr. Timothy Schacker, vice dean for research at the University of Minnesota Medical School.

The lack of an increase in COVID-19 activity defied concerns that holiday gatherings would fuel more viral spread and generate more infections.

Schacker said he had interpreted wastewater data over the holidays with caution, because reduced staffing could have left samples out in the cold and in transit for longer periods before they were analyzed. U researchers are now testing samples to see if the cold or delays have any artificial impact on results.

The state update on seasonal influenza on Thursday similarly showed a decline in infections and hospitalizations after a surprisingly early wave of flu cases this fall. The 44 flu-related hospitalizations in the week ending Jan. 14 was down from 85 the prior week and a peak of nearly 600 per week in mid-November.

The concern as Minnesota completes its third year of the COVID-19 pandemic is the presence of the XBB variant of the coronavirus, which has increased viral transmission elsewhere. Last week’s monitoring at the Metropolitan Wastewater Treatment Plant in St. Paul found the variant made up 27% of viral material in sewage samples — up from 15% the prior week.

XBB appears to more easily evade vaccine-induced immunity, even though it stems from the same omicron viral variant that is targeted by the latest COVID-19 boosters.

Massachusetts researchers this week added to studies showing that XBB escapes the antibodies produced by vaccine. But they also found that the BQ.1 variant evaded immunity, and it hasn’t produced an increase in COVID-19 despite being the dominant strain in Minnesota since mid-November.

Almost three out of four Minnesotans aren’t up to date with COVID-19 vaccination recommendations — either receiving no vaccine at all or not following up with the latest booster shots to maintain immunity. Even among seniors at greatest risk of severe COVID-19 outcomes, less than 61% are up to date.

Survey data released Thursday by the Centers for Disease Control and Prevention showed that 42% of people who had fallen behind on vaccinations thought they weren’t eligible or the boosters weren’t available. Nearly 19% believed they had existing protection.

When provided with the latest information, about 68% of people overdue for boosters said they planned to seek them out. However, less than 29% had received them when contacted a month later.