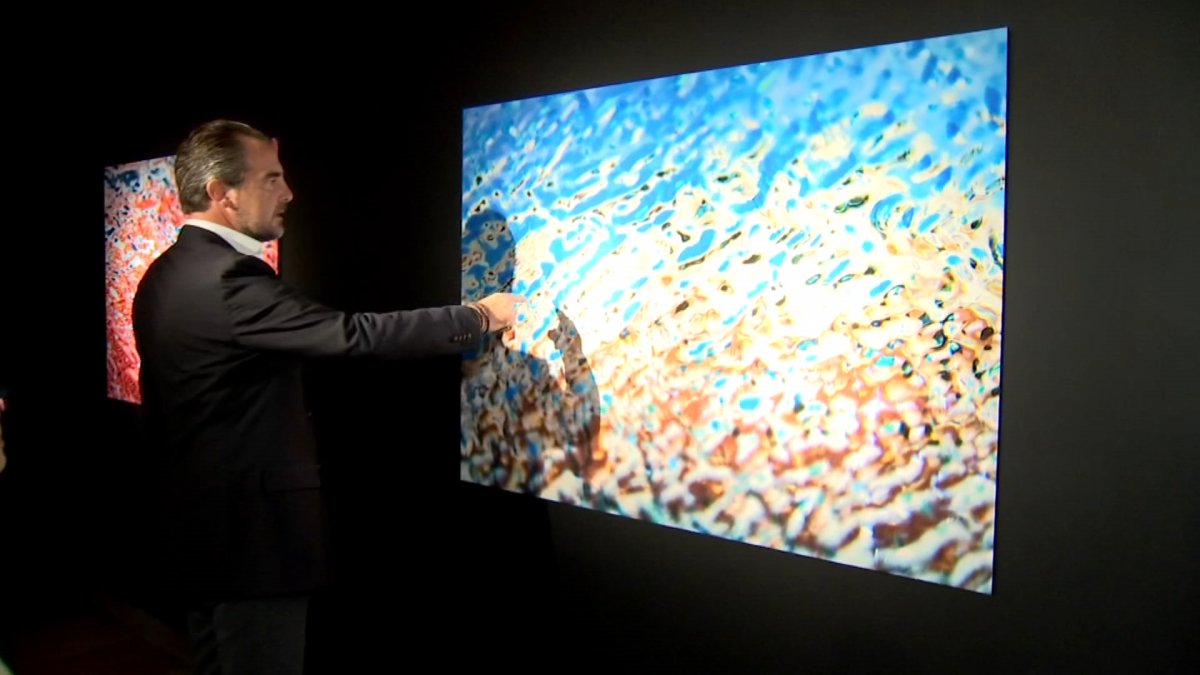 After a two-and-a-half year hiatus due to COVID, Chicago’s National Hellenic Museum has finally reopened, and a new photographic exhibit is one of the crowning jewels of the relaunched museum.

The “Resiliency” exhibit features work by Prince Nikolaos of Greece and Denmark, who happens to be a relative of the late Queen Elizabeth II of the United Kingdom.

The prince created a photographic mosaic printed onto 272 credit cards. The cards made of upcycled ocean plastic debris, and the artwork was inspired by a World Wildlife Fund study, which found that humans consume an average of five grams of plastic every week.

That’s equivalent to the weight of a credit card.

“It’s a way of accentuating the fact that there’s too much plastic in the world,” Nikolaos said.

The new photography exhibition at the National Hellenic Museum features several images, photographs which were printed on aluminum, immersed in water and then re-photographed. It’s the prince’s way of illustrating Greece’s strong relationship with nature and environmental preservation.

“ It speaks to the Greek landscape, but it also speaks to the broader themes of resilience and the natural world and something everyone can relate to,” museum executive director Marianne Kountoures said.

A group of students from the Hellenic American Academy got a chance to see the exhibition before it opened to the public.

Nikolaos is the godson and cousin of King Charles III. He was promoting the exhibition when he learned of the death of Queen Elizabeth last week.

“It’s still very sad to see all the images, and have all the memories but it’s a time to celebrate all the good that she did,” he said.

“Resilience” at the National Hellenic Museum opens Friday and runs through Dec. 30.

Canada to remove all COVID travel restrictions from Oct 1