In a recent study published in the Canadian Medical Association Journal, researchers observed the incidence of myocarditis following messenger ribonucleic acid (mRNA)-based vaccination against coronavirus disease 2019 (COVID-19). Additionally, they compared their estimates with expected rates based on the historical rates assessed before the COVID-19 vaccination rollout in British Columbia (BC), Canada. 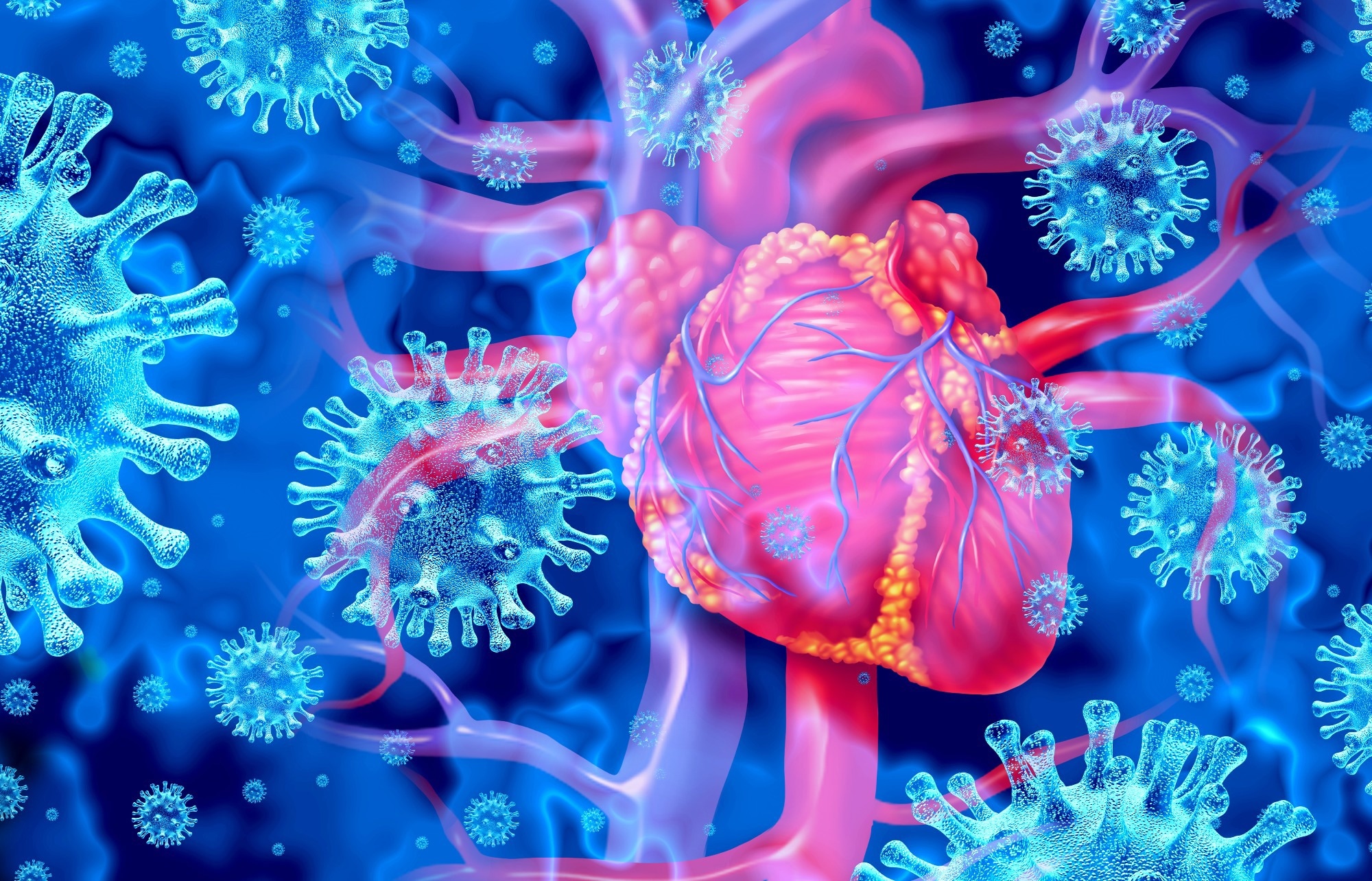 As of September 2022, nearly 4.5 million people in British Columbia had received a vaccine to prevent severe acute respiratory syndrome coronavirus 2 (SARS-CoV-2) infection. However, there is hesitancy to receive vaccines, primarily due to the fear of adverse effects. The prelicensing studies had not suggested any risk of post-vaccination myocarditis. However, post-marketing studies linked myocarditis to SARS-CoV-2 mRNA vaccines, among other adverse events after immunization, raising concerns regarding their safety, specifically in the younger population.

Evidence from case reports and case series suggests higher rates of myocarditis among young adults after the mRNA-1273 compared with the BNT162b2 vaccine. Unfortunately, there is a shortage of data concerning the rate of myocarditis after the third vaccine, which is crucial for future booster strategies against COVID-19.

In the present study, researchers recruited individuals over 12 years who received an mRNA SARS-CoV-2 vaccination (BNT162b2 or mRNA-1273) per the BC Provincial Immunization Registry between December 15, 2020, and March 10, 2022.

The team estimated background (expected) rates of myocarditis incidence using BC COVID-19 cohort data on hospital admissions and ED visits from 2015 to 2020. Since these rates increased over time, they used the rates from 2019 for the observed-to-expected analyses, which compare the number of cases reported to the number of cases expected under the null hypothesis. The null hypothesis implies no association between the intervention and the disease.

The observed rates of myocarditis-related hospital admissions or ED visits after SARS-CoV-2 mRNA vaccination were higher than expected rates. In addition, the researchers noted the highest rates of myocarditis after the second vaccination among males aged 18 to 29 years (younger population). Though overall rates of myocarditis per 100000 doses were very low for both mRNA vaccines, the rates were about four-fold higher with the mRNA-1273 vaccine than the BNT162b2 vaccine. Intriguingly, the observed myocarditis rates were lower after the third vaccination. Moreover, most cases were mild, with short durations of hospital admission and quick resolution. Overall, the study results showed the overall safety of the mRNA vaccines.

The researchers noted the highest absolute rates for myocarditis among 12–17-year-old men who received the BNT162b2 vaccine. The observed-to-expected ratios of myocarditis among these men were also the highest. The mRNA-1273 vaccine was not administered to those aged between 12 and 17. Also, no previous studies reported this comparison; they combined age groups (e.g., 16–29 or 12–39 years) or analyzed rates only for BNT162b2 recipients aged between 12 to 17 years. Although the current study analyses suggested a higher risk of myocarditis following mRNA-1273 than the BNT162b2 vaccine in younger individuals, the 12 to 17-year age group needs additional investigation.

There is growing evidence of a potential causal relationship between SARS-CoV-2 mRNA vaccines and myocarditis. However, risk-benefit assessments appear skewed towards the benefits of mRNA SARS-CoV-2 vaccines. As per a recent US analysis, one million-second dose of mRNA SARS-CoV-2 vaccine saved 560 hospital admissions, 138 ICU admissions, 11 000 cases, and six COVID-19-related deaths, with only 39 to 47 expected cases of myocarditis. Likewise, a study by Patone et al. found an extra 10 myocarditis events per million patients in the 28 days after they received the second dose of the mRNA-1273 vaccine. On the contrary, extra 40 myocarditis events occurred in one million patients in the same time frame after testing SARS-CoV-2-positive.

The researchers observed higher incidence rates of myocarditis after mRNA vaccination than expected, but absolute rates remained low. Although the observed rates were higher than historical background rates, SARS-CoV-2 vaccination reduced infection severity, hospital admissions, and deaths. Indeed, mRNA COVID-19 vaccination benefits outweigh the risk of developing myocarditis. Younger people aged 18 to 29 were among the worst hit by myocarditis. Thus, the preferred strategy should be their continued vaccination, albeit with monitoring of adverse event(s).