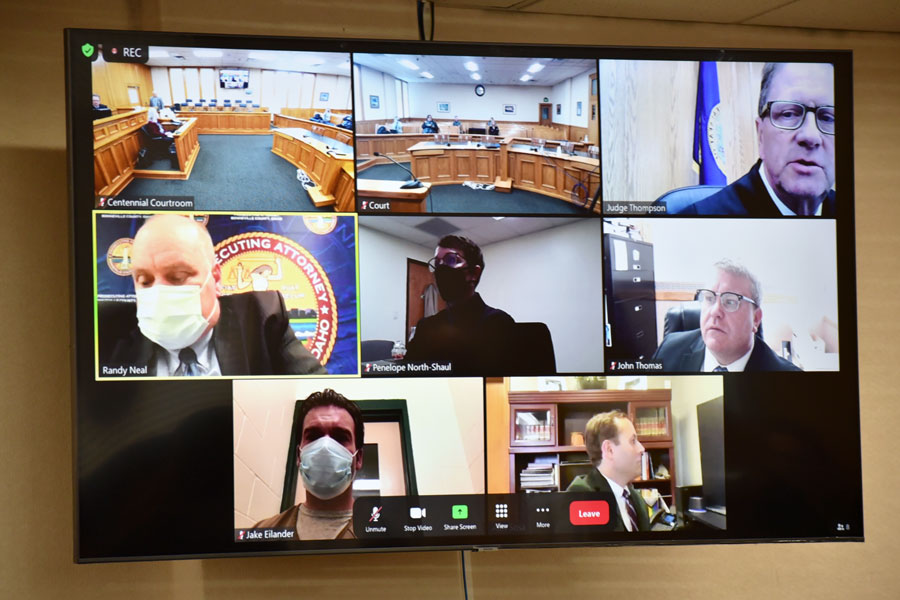 IDAHO FALLS — A mistrial has been declared in the case of 37-year-old Jake Eilander, a local man accused of second-degree murder.

“Unfortunately, circumstances have arisen which necessitate that this case be declared a mistrial,” District Judge Stevan Thompson said Thursday. “It is COVID related.”

Thompson apologized to the jury for their time spent on the case and released them from their judicial duties.

“Everyone is very disappointed this has occurred. Obviously, this is very important to all of the parties; a lot of work goes into preparing these cases and trying to present them,” said Thompson. “There are simply health and safety concerns for you, the parties and court staff.”

For the past week, Eilander has been on trial for the alleged shooting death of 44-year-old Ulysses Rangel. The victim was killed behind Planet Fitness in Idaho Falls on March 30, and after an extensive investigation, Eilander was indicted on charges of second-degree murder on June 17.

Things were proceeding normally on Monday and Tuesday with jury selection and opening arguments. On Tuesday, the jury also heard from multiple witnesses, including the woman who found Rangel’s body and the initial officers and detectives at the scene.

But on Wednesday, District Judge Stevan Thompson stopped proceedings and sent jurors home, saying that “issues had risen up.”

When the court reconvened on Thursday afternoon, all parties appeared remotely via Zoom instead of in person, and many wore masks. The judge informed the court about what was happening, and the trial was rescheduled.

Bonneville Prosecuting Attorney Randy Neal told EastIdahoNews.com that the court did not want to risk exposing the jury or anyone else to potentially contracting COVID-19.

Neal said the court asked the parties not to disclose the identity of the person who became ill.

A pre-trial conference is scheduled for the parties on Dec. 16 at 10 a.m.