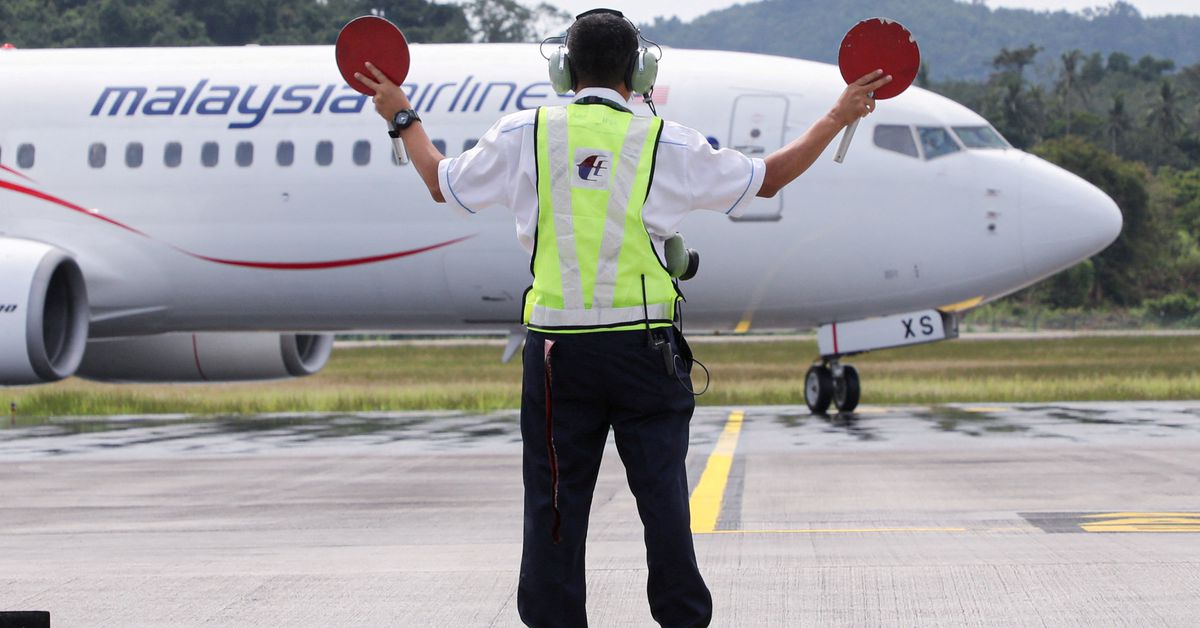 A Malaysia Airlines plane carrying the first batch of tourists arrives at the airport as Langkawi reopens to domestic tourists, amid the coronavirus disease (COVID-19) pandemic, in Malaysia September 16, 2021. REUTERS/Lim Huey Teng

DOHA, June 19 (Reuters) – Malaysia Airlines plans to announce a decision on replacing its fleet of 21 Airbus (AIR.PA) A330 widebodies with more fuel-efficient new-generation planes around mid- to late July, its chief executive said on Sunday.

“We are in a late stage of the process. We are looking at one-to-one replacement on our A330 fleet,” Malaysia Airlines chief executive Izham Ismail told Reuters on the sidelines of airline industry body IATA’s annual meeting in Qatar.

He declined to say whether the airline would order the planes, meant to replace 15 A330-300s and six A330-200s, from a manufacturer directly or from lessors.

The Airbus A330neo, A350 and Boeing 787 are the new-technology options competing in that size range, but Izham declined to disclose which types were under consideration.

Malaysia Airlines has A350s in its fleet and had placed a provisional order for 787s in 2017 but let the deal lapse.

The fleet modernisation plan designed to help lower carbon emissions comes as the airline, which was loss-making for years even before the pandemic, has been reporting positive cashflow since October.

Izham said Malaysia Airlines, which cut its debt burden by more than half as part of a restructuring agreed with creditors last year, hoped to return to a profit in 2023.

(This story corrects number of A330-200s to six, not nine, in third paragraph)

Reporting by Jamie Freed in Doha; Editing by William Mallard