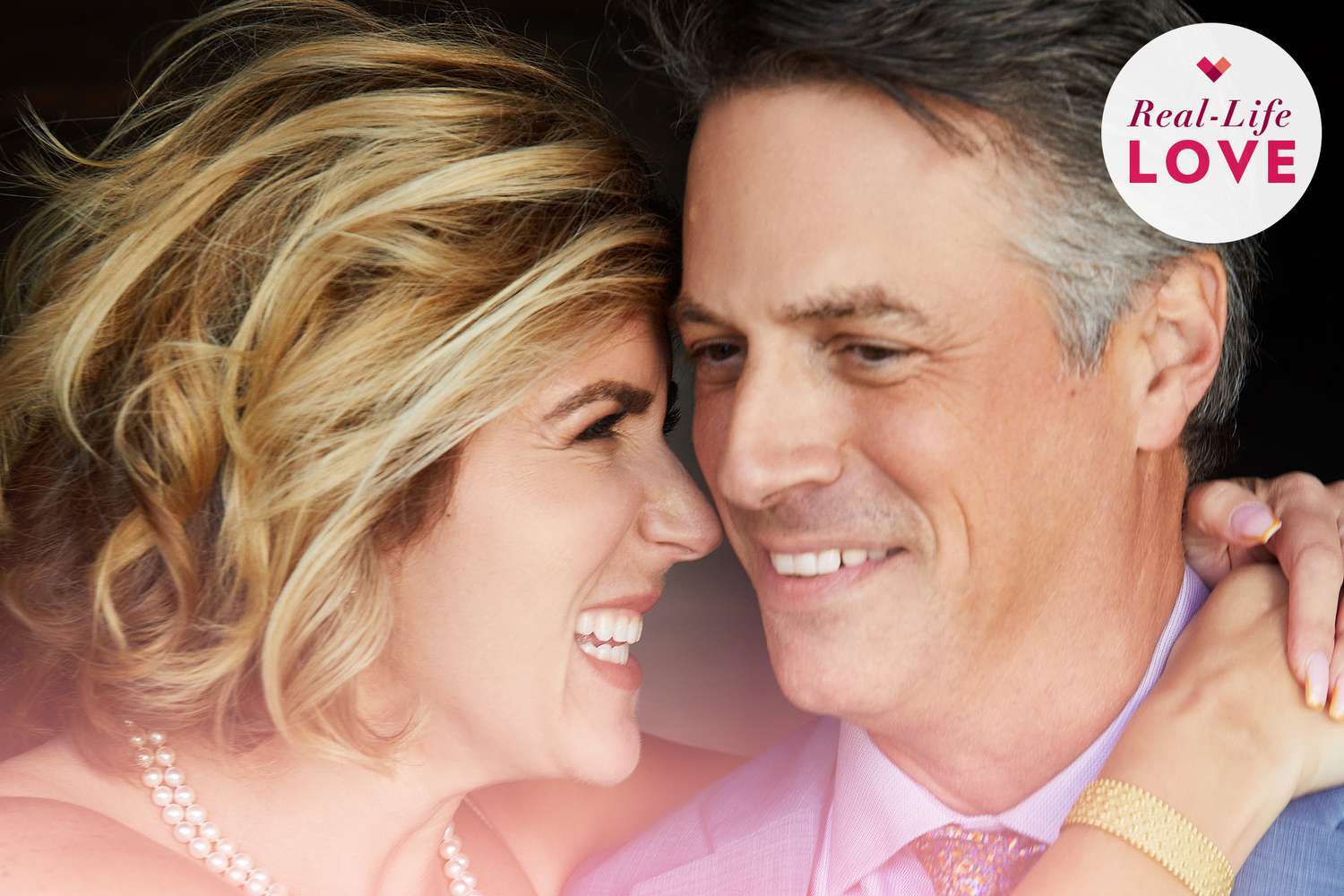 Long COVID activists Nick Güthe and Diana Berrent — who fell in love during the darkest days of the pandemic — are married, the couple exclusively tells PEOPLE.

On Saturday, Güthe and Berrent wed in a beautiful sunset beach ceremony in Marina Del Rey, California, in front of about 75 family and friends.

As the sun kissed the ocean, gradually falling behind the horizon, the bride and groom exchanged their joint, co-written vows.

“Nick and I have spent so much time on this beach. We watch the sunset there almost every night we can,” Diana, 48, the founder of the COVID-19 advocacy group Survivor Corps, tells PEOPLE. “We bring a bottle of wine and linger until it’s dark. We knew it was where we had to get married.”

“But standing there reciting our vows together, with our children, and in front of the people we love, was more than anything I could have anticipated,” she adds. “The sunset was more spectacular than ever before. It wasn’t just [that] the gorgeous skies turned deep orange. The sunset wasn’t the close of the day; it was the start of the rest of our life together.”

The marriage is the second for both spouses, who have three teenagers between them. Diana — who has now taken her husband’s last name of Güthe — has two children from her first marriage: Zelda, 16, and Spencer, 14. She is also now stepmother to Nick’s son, Bexon, who is 15.

The children played a major part in their parents’ wedding. While Zelda was her mom’s maid of honor, Bexon and Spencer were Nick’s best men.

Do you have a sweet story the world needs to know? Send the details to love@people.com for a chance to be featured in Real-Life Love, People.com’s series dedicated to sharing extraordinary connections and heartfelt gestures.

It was symbolic of the newly blended family, which was brought together by bittersweet circumstances nearly 18 months after Nick’s late wife, Dawson’s Creek writer Heidi Ferrer, died by suicide in May 2021 after enduring long COVID. The filmmaker (who knew of Survivor Corps through Heidi), leaned on Diana for support amid his grief. As the two campaigned to bring awareness to the dangers of long COVID, they fell in love.

Nick, 52, tells PEOPLE, “One of the most meaningful moments of the evening happened spontaneously after the ceremony when I was driving Diana and our kids to the reception, and they all started singing along to Katy Perry‘s ‘California Gurls’ at the top of their lungs.”

“It was as if we were already melding our families,” he continues. “They’ve all been through so much change lately, watching them all start to bond was exceptionally meaningful.”

For the reception, the Güthes moved the celebration to Solidarity, a Polish restaurant in nearby Santa Monica. The choice was deliberate, not just because it was one of their favorite spots, but because of the COVID safety protocols. The restaurant features two patios — one outdoor and one indoor with open air.

“That was critical,” Diana says. “There was no question. We couldn’t be hosting a superspreader event. It goes against everything we do and believe in.” As for the guests, she adds, “Everyone we know is vaccinated.”

For the reception, the bride changed outfits, swapping her champagne-colored satin dress with spaghetti straps and a faux fur pink jacket for a more sparkly option. Her evening look was a sparkly sequined blue cocktail dress infused with sea green and pink, which matched the groom’s light blue suit. In line with her no-fuss attitude about the wedding, Diana bought both gowns on Instagram.

Event planner Donna Gentry kept the evening moving along. Upon arrival at the reception, guests were given the choice of two specialty cocktails, including hot spiced apple cider with rum. The other option was the DC*2*LAX. A nod to the bicoastal nature of their romance — Diana splits her time between Washington, D.C. where she co-parents Zelda and Spencer with her ex-husband, while Nick and Bexon live in California — the drink is a mixture of bourbon, maple syrup and lemon with a cinnamon stick.

Dinner was a buffet of comforting Polish and European foods, including chicken schnitzel, beef stroganoff with homemade spaetzle, poached salmon with sorrel sauce and an assortment of beef, potato and mushroom pierogies. Grilled cheese bites were the late-night snack for those guests who partied until 11 p.m.

The wedding cake was a three-layer iced strawberry shortcake from a Santa Monica bakery, Top Tier Treats. The flavor (a childhood favorite of the bride) was a nod to her childhood and her family, who, aside from one aunt, couldn’t attend.

Diana’s parents and grandparents (all deceased) were acknowledged in other ways. Her engagement ring features a three-carat brilliant cut diamond in a Harry Winston-style platinum, double-pronged setting. “[It] was my great-grandmother’s [and] my grandmother’s,” Diana says. “This was my mother’s mother. I was extremely close to my grandmother.”

Engraved inside Diana’s engagement ring and Nick’s rose gold wedding band is the same phrase, “My love is increasing.” It’s taken from the song “Mt Hood,” by Doc Robinson, which was one of the many songs they shared with each other via Spotify when they fell in love. Music, like the song that they chose for their first dance, “Delicate / Lost in Japan” by Megan Davies, is central to their romance.

“We spent a lot of time on the Spotify list [for the reception],” Diana confessed before the wedding. “I have no idea what kind of flowers are in my bouquet, but I know every song on that playlist has been vetted 10 times over by each of us.”

Ultimately, the couple feels that their special day was a huge success. Diana says, “[My favorite part] was being with the people who stuck with us, who understood what we were doing and why we made the choices we did. And being with Nick. Nick is my perfection.”

If you or someone you know is considering suicide, please contact the 988 Suicide and Crisis Lifeline by dialing 988, text “STRENGTH” to the Crisis Text Line at 741741 or go to 988lifeline.org.