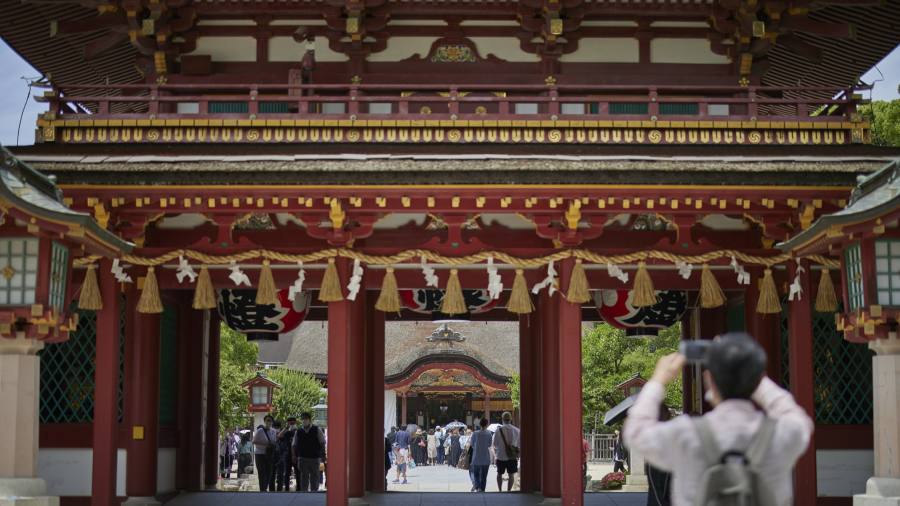 Consumer goods maker Newell Brands on Tuesday said it would cut its revenues and profit outlook for the full year and upcoming quarter, as retailers reduce spending to manage excess inventory.

The maker of Sharpie pens said it now expected third-quarter net sales to be in the range of $2.2bn to $2.3bn, compared with a previous forecast of sales $2.39bn-$2.5bn.

The company also cut its profit forecast and expects to earn between $1.56 to $1.70 per share instead of $1.79 to $1.86 per share for the full fiscal year. That is below analyst expectations for full-year earnings of $1.87 a share, according to a Refinitiv poll.

“Although we remain enthusiastic about the back-to-school season and continue to see solid growth in the commercial business, we have experienced a significantly greater than expected pullback in retailer orders and continued inflationary pressures on the consumer,” said Ravi Saligram, Newell’s chief executive officer.

Shares of the company fell 4.6 per cent in after-market trading.

Persistent inflation has pushed some budget-conscious consumers to adjust their spending patterns, which has left retailers with excess inventory in recent months that have weighed on margins and squeezed profits. Target has struggled to manage excess inventory and has said that it had to offer discounts to clear its shelves, which led to a wider-than-expected decline in second-quarter profit.

As a result, retailers have reduced spending, but Saligram said the company expects to take action to “mitigate” these challenges by tightening their “belt on cash and cost management” and adjusting its supply plan.

Mass. doctor on push for Americans to get COVID-19 vaccine boosters