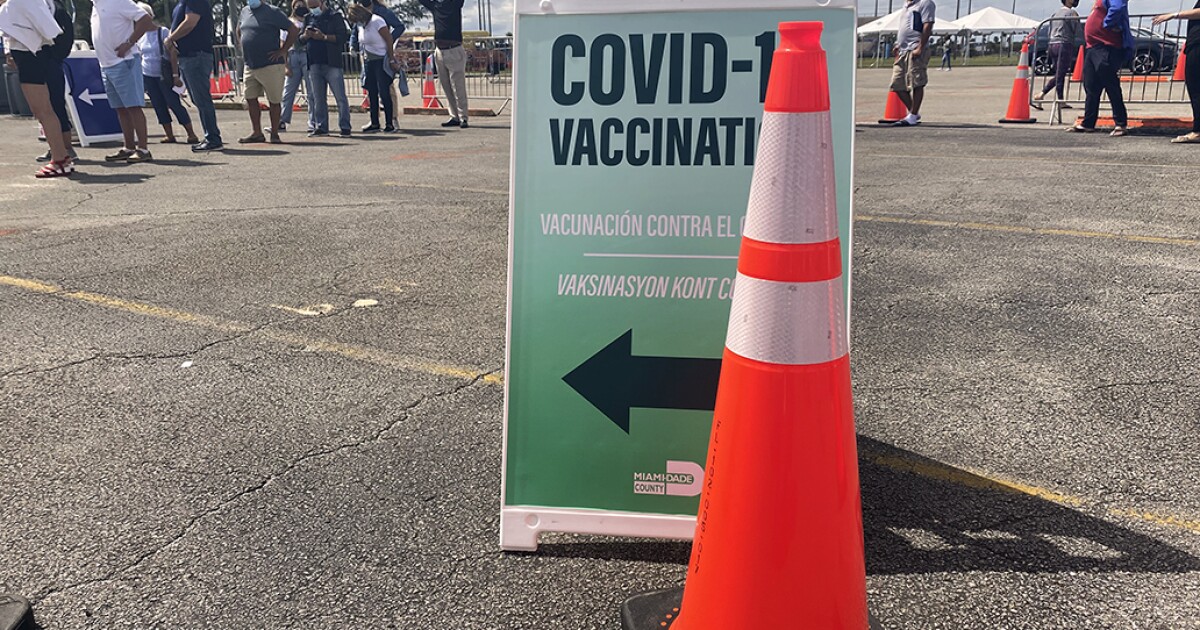 A more contagious subvariant of the coronavirus that causes COVID-19 is spreading quickly in South Florida and is becoming the dominant one in the country.

In the week ending on Jan. 21, 2023, this subvariant of omicron, called XBB.1.5, made up 39% of cases in a region of the U.S. that includes Florida, Georgia, Mississippi, North and South Carolina and Tennessee, according to the U.S. Centers for Disease Control and Prevention.

The spike protein of this subvariant has a mutation — or change in the spike — called F486P, that lets it attach to human cells more easily and get in, spreading the virus.

This subvariant of the SARS-CoV-2 virus, which causes COVID-19, is not weaker than others. But people aren’t experiencing terrible severity in side effects because of immunity across our population.

“Omicron is a really bad virus, but we have built up immunity in our population because we’ve had such a high rate of infection,” Marty said. “People with hybrid immunity have far better immunity than people who only have infection and never got the vaccine. That’s not a good choice, and hybrid immunity turns out also to be better than just the vaccine.”

Marty said the oral antiviral called Paxlovid is quite effective in keeping patients out of the hospital, whereas monoclonal antibodies currently available are not effective against most of the circulating variants, she added. If the U.S. did more genetic sequencing of coronavirus variants, doctors would know which infection their patients have and that way know better what to prescribe.

The experience of adults with this variant seems similar among children. Nicklaus Children’s Hospital in Miami is not seeing an uptick in children coming in with bad cases of COVID-19, said Dr. Marcos Mestre, vice president and chief medical officer. Some children “have been infected, have had vaccines, have had some degree of booster, so we haven’t really seen much in terms of severity as we were seeing with other variants in the past,” Mestre said.

But the subvariant is contagious. According to the Centers for Disease Control and Prevention Data Tracker, Miami-Dade County has a high transmission level of SARS-CoV-2, while Broward and Palm Beach Counties are at medium.

Dr. Mestre recommends that people keep washing their hands often. If you’re sick with a cough or fever, or if your child has such symptoms, try to stay home from work or school.

To get tested, if you have health care, check to see if a testing site is in network by contacting the insurer or ask your doctor’s office.

The Florida Department of Health in Monroe County lists testing sites with specific guidelines for who may qualify for a free test — check with the site or your insurer before you get tested.

People who are both uninsured and insured do not pay for testing at the Nomi Health sites in Miami-Dade, due to a partnership between the company and the county.

Palm Beach County has a list of sites — some offer testing at no cost.