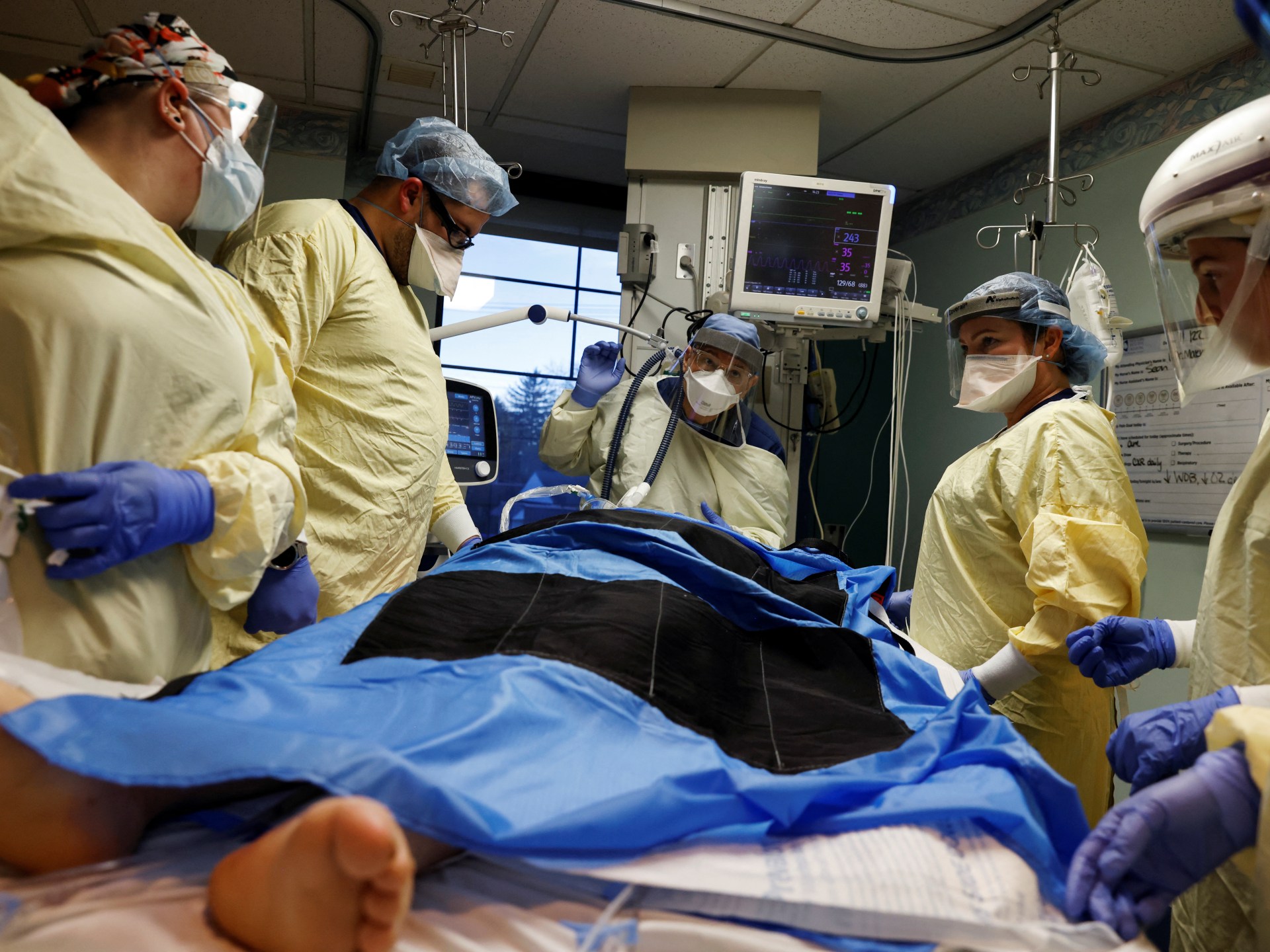 The commission says that governments were not transparent, and criticises UN health body for a slow response.

A report by Lancet medical journal’s COVID-19 commission has spelt out “massive failures” in the international response to the pandemic, laying out recommendations to better prepare for future health emergencies.

In its report released on Wednesday, the commission warned that governments “failed to adhere to basic norms of institutional rationality and transparency”.

The report also criticised health authorities for lack of timely notification of the initial outbreak and delays in acknowledging it spread through airborne means.

According to the World Health Organization (WHO), the virus has killed nearly 6.5 million people and infected 606 million since the pandemic started in early 2020. The Lancet COVID-19 Commission was established in July of that year.

“This staggering death toll is both a profound tragedy and a massive global failure at multiple levels,” its 45-page report said.

“Too many governments failed… [and] too many people – often influenced by misinformation – have disrespected and protested against basic public health precautions, and the world’s major powers have failed to collaborate to control the pandemic,” it added.

The report is addressed to the United Nations’ member states and agencies as well as other global multilateral institutions, including the G20 and G7.

The commission says it is not an investigative group nor a body of biomedical specialists. “The Commission’s focus is on science-based policy, global cooperation, and international finance,” it said.

Some of the other failures identified by the commission include a lack of coordination among countries, failure of governments to adopt best practices, shortfall of global funding for low-income and middle-income countries, and lack of global and national safety nets to protect vulnerable populations.

The commission said the WHO acted “too cautiously and too slowly on several important matters”, including warning about the transmissibility of the virus and declaring the virus a public health emergency of international concern.

Among the recommendations, the report included global coordinated efforts to end the pandemic with countries maintaining a vaccination-plus strategy – which is a multi-pronged approach that includes inoculations –  intensification of the search for the virus’s origins, and strengthening national health systems and the UN health organisation.

In a statement released on Wednesday, WHO spokeswoman Dr Margaret Harris said the organisation welcomed the commission’s recommendations. However, she noted there were key omissions and misinterpretations regarding the WHO’s early response.

At the same time, there are several key omissions & misinterpretations in @TheLancet #COVID19 Commission’s report on lessons from the pandemic, not least regarding the public health emergency of int’ll concern & the speed and scope of WHO’s actions. https://t.co/VHnOKYYTdA

WHO Director-General Tedros Adhanom Ghebreyesus on Wednesday said the number of newly reported cases of COVID-19 has dropped dramatically.

“We have never been in a better position to end the pandemic,” he told reporters. “We are not there yet, but the end is in sight.”