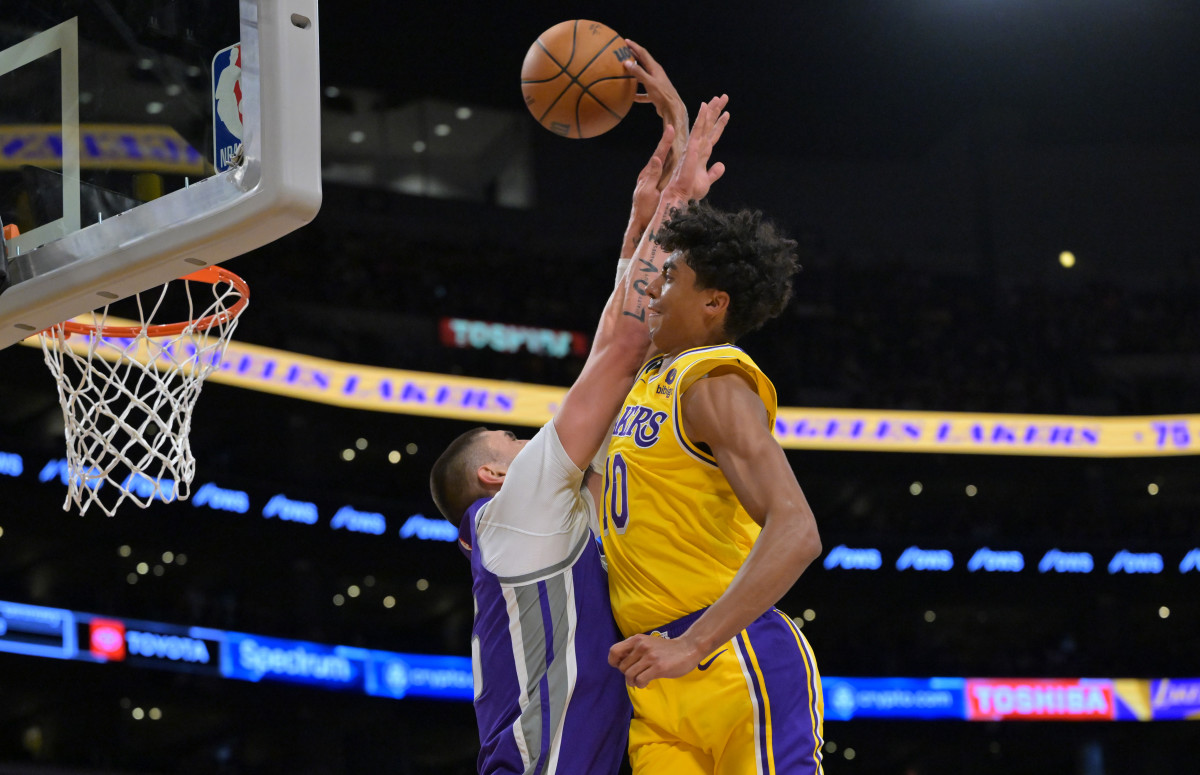 Your Los Angeles Lakers could be getting up to three rotation players back in time for their next game, against the Detroit Pistons, this coming Friday.

That said, it looks like they will also now be down at least one other L.A. role player.

Jovan Buha of The Athletic reports that rookie shooting guard Max Christie, selected by Los Angeles with the 35th pick out of Michigan State this summer, has been placed in the league’s COVID-19 health and safety protocols.

After the league was riddled with coronavirus-related absences last year, the NBA opted to quietly adjust its testing practices over the summer. Now, players who are up-to-date with their COVID-19 vaccinations are only tested if they are presenting with symptoms. Unvaccinated players are tested weekly. This is a significant change from the wall-to-wall testing done during the 2021-22 NBA season.

So Christie is thus either presenting with symptoms or has never been vaccinated. Either way, it sounds like no picnic, and we at All Lakers wish him the best. Given how frequently Lakers players are around each other during games and practices, one wonders if the disease could wind up impacting others, the way the non-COVID-19 illness laid out several Lakers over the last couple weeks. Our fingers are crossed that it was caught in a timely way and will not be an issue for additional Lakers players or personnel.

Christie had become a fixture off the bench in head coach Darvin Ham’s rotations as of late. Across the Lakers’ last four games, he has averaged 4.5 points (on 42.8% shooting from the floor) and 4.8 boards a night, playing at least 14 minutes a game.

The 19-year-old rookie had supplanted $5.3 million backup combo guard Kendrick Nunn in the Lakers’ rotation. With him sidelined, Nunn may get even more opportunities to score zero points (which he’s done four times this year, with three of those scoreless outings happening in extended minutes) and provide zero defense.