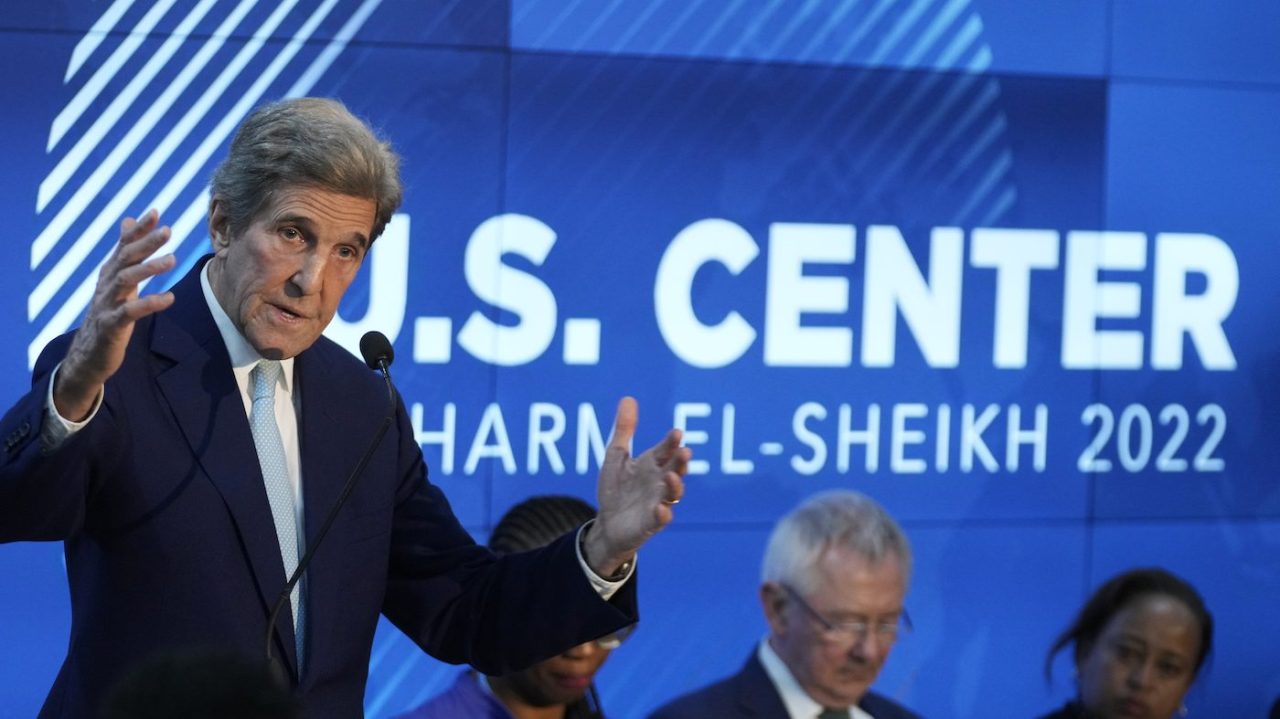 “Secretary Kerry is self-isolating after testing positive for COVID-19 in Sharm el-Sheikh, Egypt. He is fully vaccinated and boosted and experiencing mild symptoms,” a Kerry spokesperson said. “He is working with his negotiations team and foreign counterparts by phone to ensure a successful outcome of COP27.”

Kerry also recently met with Xie Zhenhua, China’s primary negotiator on climate issues, to restart long-frozen Washington-Beijing climate talks. The Hill has reached out to the Chinese embassy for clarification on whether Xie will take a test.

After strict COVID testing protocols and vaccination requirements were in place for last year’s COP26 conference in Glasgow, organizers of the 2022 conference have said vaccination is “strongly encouraged” but that proof of vaccination or a negative test is not required for entry into the summit venue.

The announcement comes at a pivotal moment for the climate conference, as member nations prepare for final negotiations on a final conference agreement. At particular issue is the push by developing nations for a so-called “loss and damage” fund for nations particularly affected by climate change, to be paid for by major industrialized nations.

European Union delegates announced what they called their “final offer” for loss and damages in the early hours of Friday morning, but did not specify the exact financial mechanism for such a fund.

Another major fault line is an India-backed phasedown of unabated fossil fuel production. India’s push, which has been backed by both the U.S. and the European Union, would expand beyond just coal production as originally floated.