Kelly Ernby, a political newcomer who ran for an Orange County state Assembly seat two years ago as a Republican, died this week of COVID-19. In addition to political activism, she worked for 10 years as an O.C. deputy district attorney.

Ernby, a Huntington Beach resident, was 46.

“The Orange County district attorney’s office is utterly heartbroken by the sudden and unexpected passing of Deputy Dist. Atty. Kelly Ernby,” Dist. Atty. Todd Spitzer said in a statement. “Kelly was an incredibly vibrant and passionate attorney who cared deeply about the work that we do as prosecutors — and deeply about the community we all fight so hard to protect.”

Spitzer praised Ernby’s enthusiasm as part of his agency’s Environmental Protection Team and called it an “absolute privilege” to work alongside her. 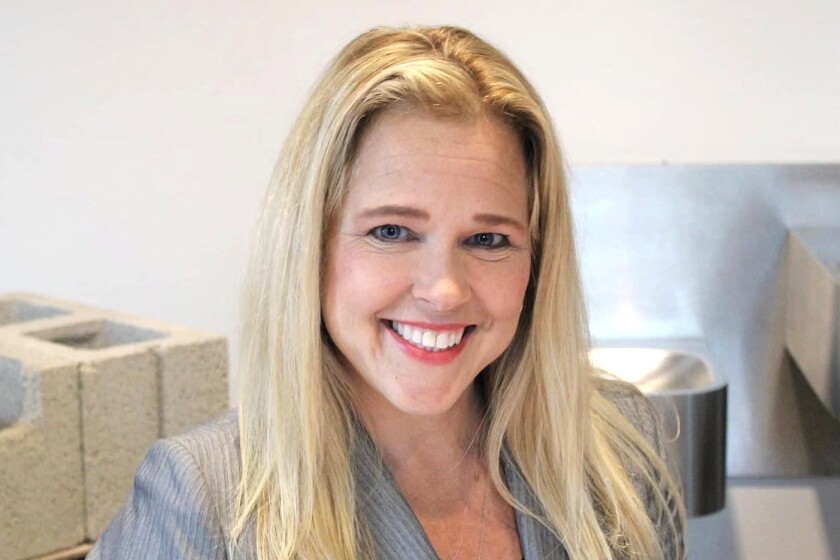 Kelly Ernby stood against vaccine mandates. Her death from COVID made her a symbol

Ernby, 46, was not vaccinated against COVID-19 when she died earlier this week, according to friends.

“She was very passionate about her love for politics, for America and the Republican Party,” said Jon Fleischman, former executive director of the California Republican Party and a longtime Orange County GOP activist. “She jumped into a race for state Assembly when not many people knew her, ended up raising more money and having a much larger grass-roots organization than expected.”

In 2020, Ernby declared her candidacy for state Assembly in the 74th District and described herself as a political outsider. The district was anchored by Irvine but encompassed several coastal cities, Huntington Beach most prominently among them. In the primary election, she challenged Newport Beach Mayor Diane Dixon, a fellow Republican, for the chance to unseat Cottie Petrie-Norris, the freshman Democratic incumbent.

Dixon edged Ernby for second place by 4,000 votes before narrowly losing to Petrie-Norris in the general election.
“A lot of people take their marbles and go home, but after losing her state Assembly race, Kelly got involved with the county Republican Party instead,” Fleischman said. “She took on the very important job of being precinct chairman, which meant she was finding captains, as they call them, in all of the different cities around Orange County in getting geared up for the next election cycle.” 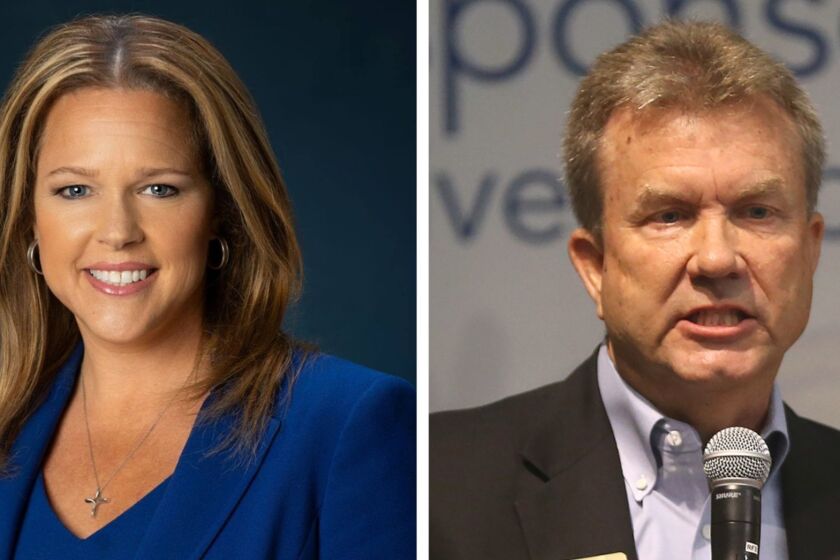 Ernby became an elected Orange County GOP central committee member in 2020. She was halfway through the four-year term at the time of her death.

According to Fleischman, Ernby was readying another state Assembly run in the newly drawn 72nd District when the two traded text messages last week. Ernby also confided that she had fallen ill with COVID-19, but Fleischman didn’t expect her to die, calling her passing “sudden,” especially as the two planned to talk this week.

“I found her to be funny and generous,” he said. “She quickly became part of the fabric of our party. We’re really going to miss her. It’s very sad.”

During the pandemic, Ernby remained an ardent and vocal opponent of COVID-19 vaccination mandates. 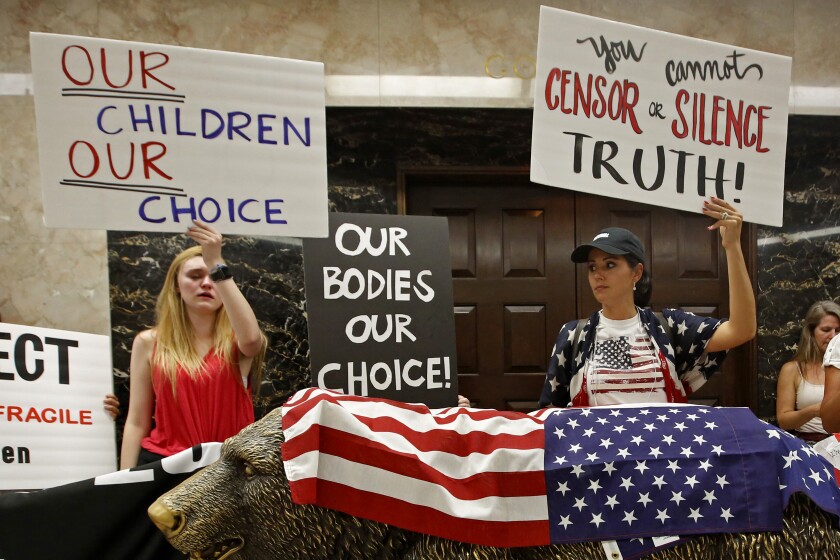 Of the more than 2,600 bills introduced this year in the California Legislature, none captured the public’s attention like Senate Bill 276. Prompted by an alarming rise in measles cases and allegations of questionable vaccine exemptions, it was the legislative equivalent of a Rorschach test.

As recently as Dec. 4, she spoke against such mandates during a rally outside Irvine City Hall. Organized by the UC Irvine and Cal State Fullerton chapters of Turning Point USA, the rally drew dozens in attendance, according to the Daily Titan, a Fullerton student newspaper.

“There’s nothing that matters more than our freedoms right now,” Ernby said.

The daughter of Navy veterans, Ernby grew up in San Diego. She earned a law degree from the University of San Diego School of Law and was recruited to join the Irvine offices of Gibson, Dunn & Crutcher. Ernby took a significant pay cut in 2011 to work for the Orange County district attorney’s office until the time of her death.

Ernby is survived by her husband, Axel.