A federal judge has approved a nearly $58 million settlement in a class-action lawsuit filed in response to the deaths of dozens of veterans who contracted COVID-19 at a Massachusetts veterans home.

“It was with heavy hearts that we got to the finish line on this case,” Michael Aleo, an attorney for the plaintiffs said Tuesday, the day after the settlement was approved by a judge in U.S. District Court in Springfield.

The coronavirus outbreak at the Soldiers’ Home in Holyoke in the spring of 2020 was one of the deadliest outbreaks at a long-term care facility in the U.S.

Attorneys for the plaintiffs said 84 residents died and roughly the same number were sickened. A total of 164 plaintiffs include veterans who tested positive for the disease and survived as well as the families of those who died. Several of the veterans who survived COVID-19 have died of other causes since the lawsuit was filed, Aleo said.

“The families are thankful that we’ve been able to bring this case to a conclusion,” Aleo said. “Trying the case would have taken years.”

The original settlement amount announced in May was $56 million, but that was increased to about $58 million with the addition of three additional plaintiffs, he said. 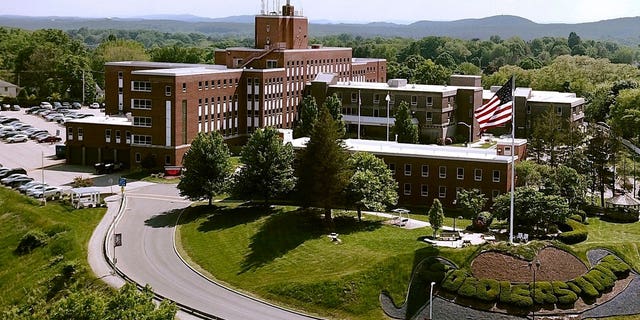 The Soldiers’ Home in Holyoke, Mass., the defendant in a lawsuit over the COVID-related deaths of 84 residents. (Patrick Johnson/The Republican via AP, File)

Aleo expects the settlement to be disbursed within four to eight weeks.

The defendants in the case were four former leaders at the state-run home and the Secretary of Health and Human Services, the state agency that oversees the facility. With the approval of the settlement, which is being paid by the state, claims against all five were dropped.

An investigation by a former federal prosecutor hired by Gov. Charlie Baker found that management at the home made several “utterly baffling” decisions that allowed the virus to spread almost unchecked.