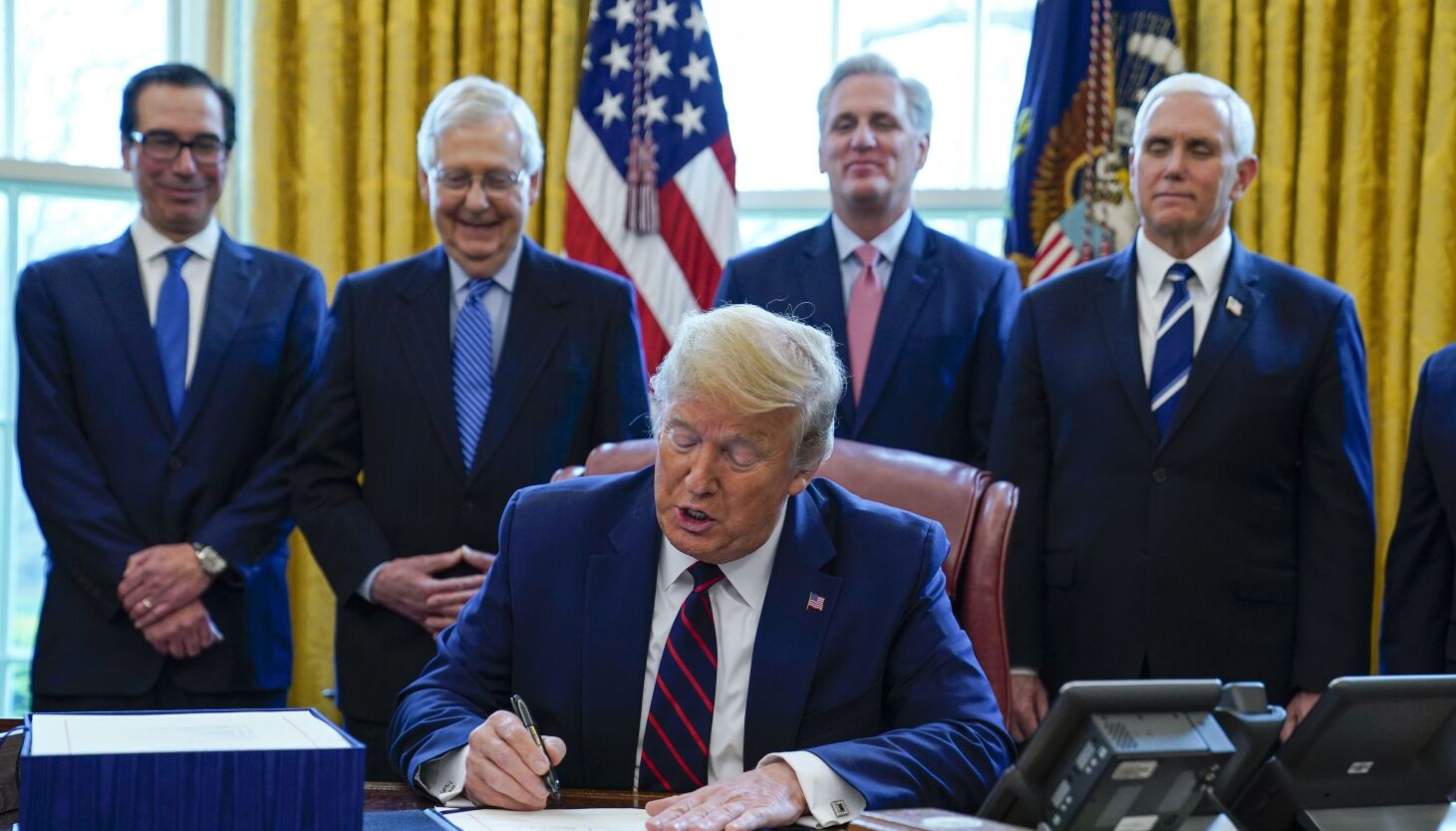 According to the fact checking site Snopes and U.S. Treasury data, 25% of the United States’ total national debt was accrued during the Trump administration. The surge in debt was largely due to the $3.7 trillion in pandemic relief offered to Americans, Snopes reported.

Details: The 25% claim stemmed from a tweet from David Jolly, an MSNBC contributor and former Florida representative, who was responding to a tweet from House Speaker Kevin McCarthy. McCarthy had argued that House Republicans are on a mission to “end wasteful Washington spending.”

According to U.S. Treasury data, the national debt level rose by $7.8 trillion during Trump’s four years as president, which is about 25% of the current $31 trillion in national debt.

Context: Snopes reported that “It is misleading to invoke 230 years of history when discussing the present national debt,” noting that most of the $31 trillion were accumulated within the last two decades alone.

However, it is important to note that the unprecedented events of the COVID-19 pandemic were the largest contributor to this amount, with the treasury borrowing $3 trillion to cover COVID-19 relief costs, such as stimulus packages, according to Newsweek.

Newsweek added that Trump’s Tax Cuts and Jobs Act of 2017 significantly added to the level of national debt.

How do other presidents compare? During President Barack Obama’s eight years in office, his administration was responsible for 29% of the national debt, per Treasury data.

In Joe Biden’s time as president thus far, his administration is responsible for 11% of the debt.

Although comparatively, it may seem like Trump’s administration was responsible for a larger portion of the national debt, it is important to take in the impact of the pandemic when viewing these statistics. According to The Balance, the national debt level has historically increased by large amounts during times of uncertainty in the country and the economy.

For example, Franklin D. Roosevelt is responsible for the largest increase in the national debt in presidential history, increasing the debt level from $22.5 billion to $236 billion. This was largely because of the national devastation of the Great Depression, World War II and the New Deal, The Balance reported.

The national debt also increased significantly under President Woodrow Wilson’s administration during World War I, and during President George W. Bush’s time in office, which was defined by wars in Iraq and Afghanistan after 9/11. Bush was also in control during the 2001 recession and the 2008 financial crisis, per The Balance.