The Perfect Enemy | Is it safe to double up on New COVID-19 booster and flu shot
Skip to content
September 29, 2022
Read Time:2 Minute 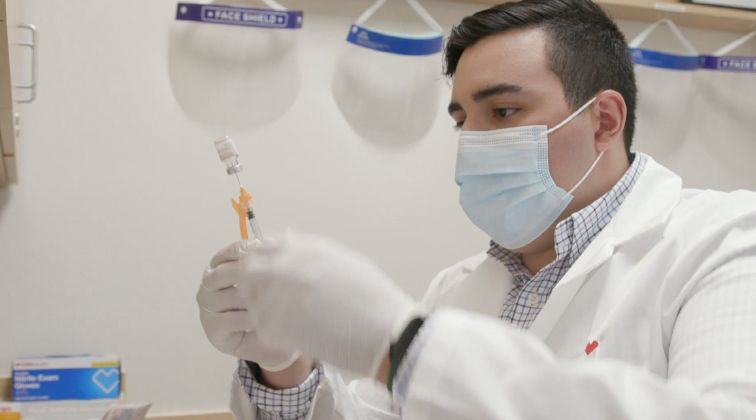 RALEIGH, N.C. — Health officials are encouraging people to get the new flu shot and COVID-19 booster at the same time.

Some recommend doing this sooner rather than later.

“We know that many people are due for both this time of year, and it’s really important to have that level of protection as we go into this respiratory flu and viral season that we have this time of year,” Kansagra said.

Some health experts say that doubling up on the shots has a downside and that it’s too early to get a flu shot. But Kansagra says we are close enough to October to get the flu shot.

“Generally your flu shots are recommended before the end of October. You want to get that protection before flu and viral season starts to ramp up,” Kansagra said. “We know as it gets colder, people tend to move indoors more and we see an uptick in those types of viruses, so it’s really important to get it before October, and now that we’re already in mid-September, it’s not too late for folks to get both, and if it’s convenient, absolutely get both together.”

She says her office receives reports about deaths caused by the flu and COVID-19.

“Especially those that have higher risk or illness, it’s really important for them to protect themselves,” she added.

She says the COVID-19 booster can be taken two months after the last vaccine dose.

“We’re seeing many people take the shots at the same time,” Kansagra said. “It’s often convenient if you’re going in for one, you go ahead and get both. And generally the recommendation around the COVID booster — and there’s an updated booster that is now available, 12 and over — that is to get that booster two months after your last dose.”