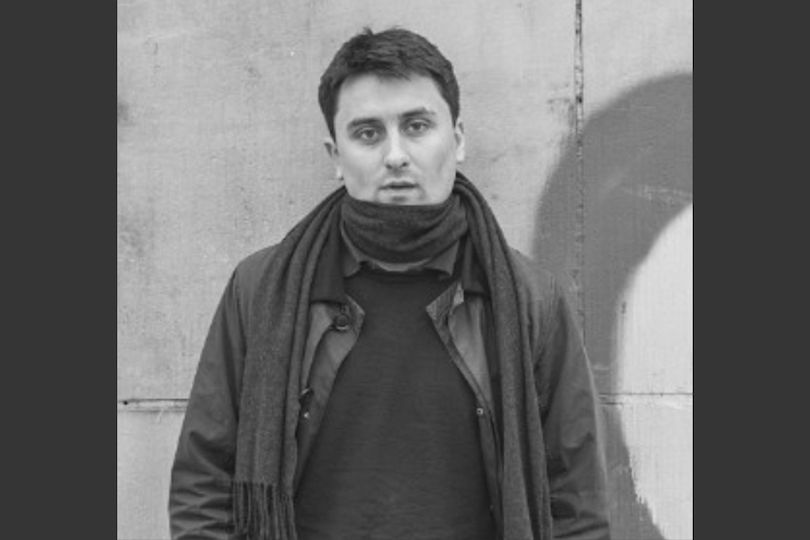 This interview is part of a series of interviews with academics and practitioners at an early stage of their career. The interviews discuss current research and projects, as well as advice for other early career scholars.

Anton Jäger is a historian of political thought, interested in the interrelation between capitalism and democracy. His 2020 doctoral dissertation at Cambridge (‘Populism and the Democracy of Producers in the United States, 1877-1925’) focused on the political philosophy of the late nineteenth-century American Populist movement. He is currently working on two broader projects. The first is a global history of basic income, written with Daniel Zamora (Université Libre de Bruxelles), to be published by University of Chicago Press in April 2023. His second project focuses on an intellectual history of the American Populist Movement currently under contract with Harvard University Press. His academic work has appeared in journals such as The Historical Journal, History of Political Thought, American Political Thought, nonsite.org, Constellations, The Journal of Political Ideologies, boundary2, and Political Inquiry. His public writing can be found in outlets such as the New Statesman, The Guardian, Tribune, Phenomenal World, De Groene Amsterdammer, and Jacobin.

What (or who) prompted the most significant shifts in your thinking or encouraged you to pursue your area of research?

I’m not entirely sure I can clearly date those shifts. I came to the topic of ‘populism’ via a detour –a detour in political philosophy more specifically, where the populism debate had its own distinct prehistory, and the public debate around the ‘p-word’. One anecdote stuck in my mind: I heard a French radio commentator comparing newspaper reports about ‘populism’ in the year 1964 and the year 2004. He noted how public perception of the term had shifted in the intermittent time, from mildly descriptive to deeply condemnatory. Something clicked: two snapshots in time, one pejorative, one neutral, even ‘majorative’, an entire history, both intellectual and political, buried in the intermission. It was only when my dissatisfaction with the contemporary literature travelled in this historical direction that my study of populism took off. Several writers were important for this shift: the work of Marco D’Eramo, Christopher Lasch, and Yannis Stavrakakis, on the roots of the contemporary populism discussion, which opened my eyes to these uncovered layers.

Some of your work highlights that populism, historically, was not always motivated by “identity.” To what extent do you think today’s populist movements are motivated by factors beyond identity?

We must begin by admitting some obvious similarities between both episodes. In the late nineteenth century, the Populist movement arose in the Midwest and the South, culminating in the foundation of the so-called People’s Party in 1891. They were also the first self-declared ‘populists’ in world history, and one of the few movements to explicitly claim the name for itself. All too often, the story of the farmers’ revolt has been narrated as an anti-modern, nostalgic revolt of the smallholder. Yet, in many ways, these farmers were hardly ‘backward’. By the start of the Civil War most American farmers lived at least 10 miles from railroad tracks. Yet their integration into this new capitalist order was also uneven. Finally, as writers such as Laclau have long noted, Populism can be understood as a form of political conflict which cannot be comprehended in classical Marxist categories: when classes do not crystallise, the implicit subject of every modern capitalist democracy, ‘the people’, is inevitably reactivated. Two factors thus connect our populist present to this populist past: many farmers experienced their dependency on the market mainly through credit, and that their central subject was the ‘people’. Time travelling back to the late nineteenth century is an extremely instructive experience in that regard. Yet we should also be aware just how quickly similarities end. Today’s populism is heavily leader-centric, top-down, and averse to organization. It thrives on the decomposition of classical forms of mediation. Today’s populism is notoriously vague and indeterminate on questions of policy and programme; unsurprising given that parties and programmes often go hand in hand. American Populism in fact was one of the largest social movements in American history and left a concrete policy legacy. Today’s populism has certainly proved destabilizing for many liberal democracies. Yet it is not clear its policy legacy is that memorable or distinct. As Christopher Bickerton has pointed out, many populists in fact seem to intuitively defer to technocrats when push comes to the shove. In government they prefer to delegate questions of administration to specialists. Partly out of necessity because they lack the right personnel, partly out of choice, given that their own ideology exalts the people qua ‘experts’ above all– the ‘people-expert’, as Bickerton calls it. These present stark differences with the type of reformism espoused by the first Populist movement, which had clear policy plans and left legacies from Progressivism to the New Deal.

You have written about populist thinkers who discussed ideas of Bonapartism, where talented authoritarian leaders embody the will of the people better than representative bodies. Do you see a struggle within any modern populist movements between autocracy and democracy? If so, how?

A recent wave of scholarship has sought to grant populism studies proper historical depth. This mostly has involved discussions in the history of political thought, a field where the work of Pierre Rosanvallon and Nadia Urbinati has commanded particular attention. To both scholars, the most suitable historical precedents for the current discussion on populism are nineteenth-century debates on Bonapartism and authoritarian democracy, later through the work of Carl Schmitt. In these cases, a strong leader unified an atomized peasant population against a parliamentary bloc. Like populists today, Bonapartism thus accepted the necessity of general suffrage and democratic authorization. But it sought to recast these democratic ideals into an anti-pluralist direction, turning representative democracy against itself. The connection with today’s populist discussion seems intuitive and clear. Built on an atrophied civil society, Bonapartism erected a regime of leadership democracy with voting bases in plebiscites—much like Orbán, Trump, and Salvini today. Yet it is unclear whether this retrospection adequately captures the current left populist experience from Podemos to Mélenchon, which might be leaderist, but hardly characteristically Bonapartist.

Many geopolitical changes have occurred since you wrote about techno-populism, whereby populist rhetoric and strategies are combined with a promise for technocratic governance. Do you believe the pervasiveness of the techno-populist logic has been affected, or has it adapted?

Cast in the long term, the troubles of populist pretenders are of cold comfort to centrists. Structurally, all the fires that first ignited the “populist explosion” in the 2010s — rising inequality, a growing void in civil society, and parties’ sheltering in the state — are still with us. If anything, COVID-19 is likely to supercharge them, with joblessness, underemployment, and social isolation pushing people deeper and deeper into the caverns of our digital, leaderist democracy. With more than 70 million votes in his name, Trump proved that incompetency and lying are no impediment to base building or popularity. Behind all of this stands an even more obvious but uncomfortable truth. Berlusconism, or any variant of celebrity authoritarianism, is the most durable social form of our late modernity. Dancing on populism’s grave is a comforting ritual. Liberals perform it, after all, to forget the monsters lurking underneath. Prognoses of 2020 as the “death of populism” might thus end up like predictions about the 1815 Congress of Vienna as “the death of the French Revolution.” Organized after Napoleon’s final defeat at Waterloo, conservatives hoped that the congress would bury the Jacobin spirit once and for all. The years 1830, 1848, and 1871 were still to come. They had seen nothing yet.

In your view, what are the main reasons that debates around basic income are so persistent in our current era?

The factors which grant the basic income idea its plausibility and attraction are not fads. The increasing precarity of labour after the deindustrialization of the 1980s – or rather relocation of industrial plants to other parts of the globe – and decoupling urbanization from growth generate a massive population unable to subsist itself. In the 1930s, when the first true basic income plans were formulated, the American frontier was closing, and the peasantry was on its way out. It was America’s first crisis without the safety valve of cheap land. Yet there was still a sizeable industrial war economy to absorb labour. That has not been the case since the 1970s. Coupled with the growing weaknesses of states both in the Global North and Global South, it is hardly surprising that basic income would carry such broad appeal. At the same time, however, the new civil society which supports the proposal, and its increasingly market-friendly tenor, also keeps a lock on our imagination as to what other alternatives might look like.

What are you currently working on?

I am catching up with a couple of writing projects that have languished on my desk for too long.  One is an intellectual history of the American Populist movement based off an old PhD, trying to rewrite the usual histories of the first populist party. In addition, I’m turning an older essay on ‘hyperpolitics’ into a book-length essay. We shall see how both projects turn out.

What is the most important advice you could give to other early career or young scholars?

At the risk of sounding precious, the only piece of advice I would give would be Lenin’s ‘read, read, read’. This would come with the qualification to also stop reading when expedient (there are books, for instance, which do not deserve to be finished and should be shelved after 50 pages). For the rest I think a moderate generalism in types of reading habits is probably advisable: as for myself, it was only by reading far beyond my field that I was able to garner intellectual insights. Diversionary literature exists, of course, but I don’t think there is any genre too far removed from your own to be of undeserving of temporary enrapture.