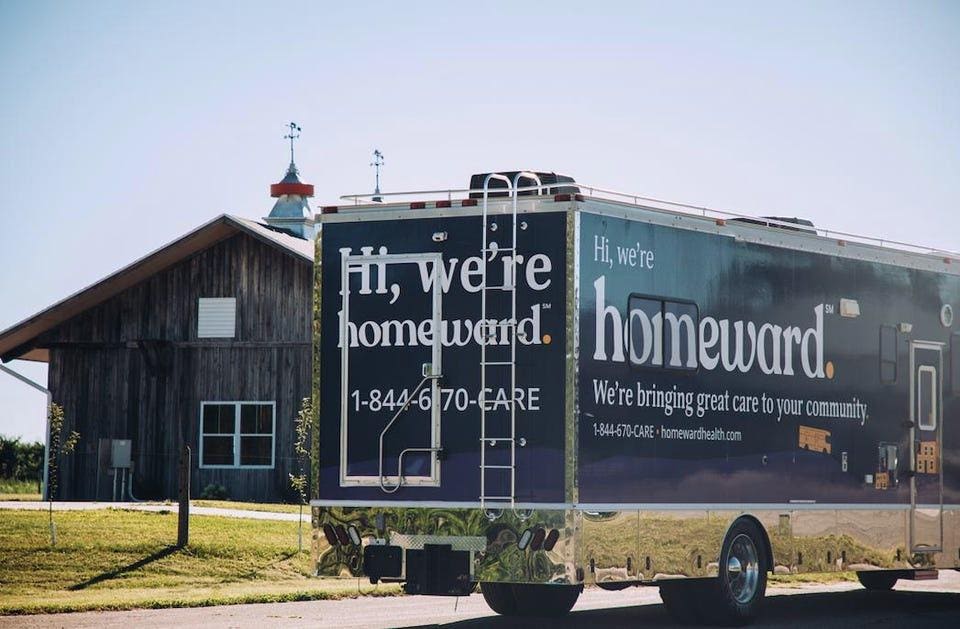 A trio of billionaires are re-upping their philanthropic commitments to speed the development of diagnostic tests for Alzheimer’s disease. Microsoft cofounder Bill Gates, Amazon founder Jeff Bezos and former Estee Lauder chair Leonard Lauder are each donating another $11.25 million to the Alzheimer’s Drug Discovery Foundation, Forbes’ Kerry Dolan reports. In total, the foundation has raised a fresh $50 million from funders that also include pharmaceutical companies Biogen and Lilly. It has raised $100 million for the effort to date. Around 6 million Americans have Alzheimer’s, with around half of cases going undiagnosed, according to the foundation. The aim is to create new diagnostics similar to the blood tests known as liquid biopsy that are currently being used for early cancer detection, as well as eye scans and smartphone-based detection tools.

Homeward Health, founded by former Livongo executives, is bringing primary and specialty care to places that lack access to healthcare. The company has raised $50 million in Series B funding, just four months after raising its $20 million Series A. For cofounder and CEO Dr. Jennifer Schneider, the fight is personal: She grew up in rural Winona, Minnesota, and her family still resides there. She believes the new investment round will allow Homeward Health to expand and advance its mission — to “crack what is really broken in rural America.” Read more here.

Suicide Prevention: Oui Therapeutics, a New Haven, Conneticut-based startup, has raised $26 million for its digital therapeutic aimed at suicide prevention. The mobile app, which is undergoing a clnicall trial, would be prescribed to patients who have experienced a suicidal crisis to help teach skills to reduce risk. Investors include First Round Capital, CVS Health and pharma company Otsuka.

Biomarker Library: Intelligent Lab on Fiber, a U.K. and Portugal-based startup that is using artificial intelligence to mine biomarkers to speed up drug discovery, has raised $5 million for its digital biomarker library. Investors include Faber, Microsoft’s venture fund M12 and Quiet Capital. Cofounders Joana Paiva and Luis Valente were on the 2020 Under 30 Europe Healthcare & Science list.

Abortion will remain legal in Kansas, after voters rejected a ballot measure that would pave the way for new restrictions. Here’s a rundown of where abortion will be on the ballot in other states in the midterm election. Plus, the Biden Administration issued its second executive order to protect abortion rights.

CVS Health, which owns the nation’s third-largest health insurer in Aetna, reported nearly $3 billion in quarterly profits as it saw growth across all business segments, from health plans to drugstores.

The United Nations has struck a deal with ViiV Healthcare, an HIV-focused venture owned by drugmakers GlaxoSmithKline, Pfizer and Shionogi, to increase access to a long-acting, injectable HIV prevention drug in low-income countries.

Anywhere from 7.7 million to 23 million Americans have developed long Covid, meaning symptoms or conditions that develop or persist for more than a month after initial infection, according to government estimates. On Wednesday, the Biden Administration released its national plan for coordinating research and treatment for long Covid, which is expected to have long-lasting ramifications for healthcare outcomes and cost far beyond the current pandemic. This includes the creation of the Office of Long Covid Research and Practice, which will be led by Assistant Secretary of Health Admiral Rachel Levine. The Administration also released a report outlining where people who suffer from long Covid can turn for help, ranging from issues of discrimination to mental health support services to housing.

With thanks to Forbes fellow Ariyana Griffin for her contributions to this newsletter!

Infectious disease expert Dave Wessner reports from the 24th International AIDS Conference, where the big picture focused on how everyone should have access to scientific advancements that improve public health. Read more here.

Around half of people who test positive for Covid using a rapid test after 5 days of infection are most likely not contagious, a new study suggests.

President Biden went back into isolation over the weekend. He tested positive for a “rebound” Covid infection after taking the antiviral drug Paxlovid, though he remains asymptomatic.

Researchers warn that hospitalized Covid-19 patients may be at higher risk of developing cardiovascular disease and diabetes due to inflammation caused by the virus.

A study suggests that pharmacies and healthcare facilities in U.S. counties with Black populations above 42% were less likely to offer Covid-19 vaccines compared to counties where the Black population was under 12.5%, underscoring issues of vaccine equity and access.

Meet The Billionaire Couple Pumping Their Fortune Into Right-Wing Politics