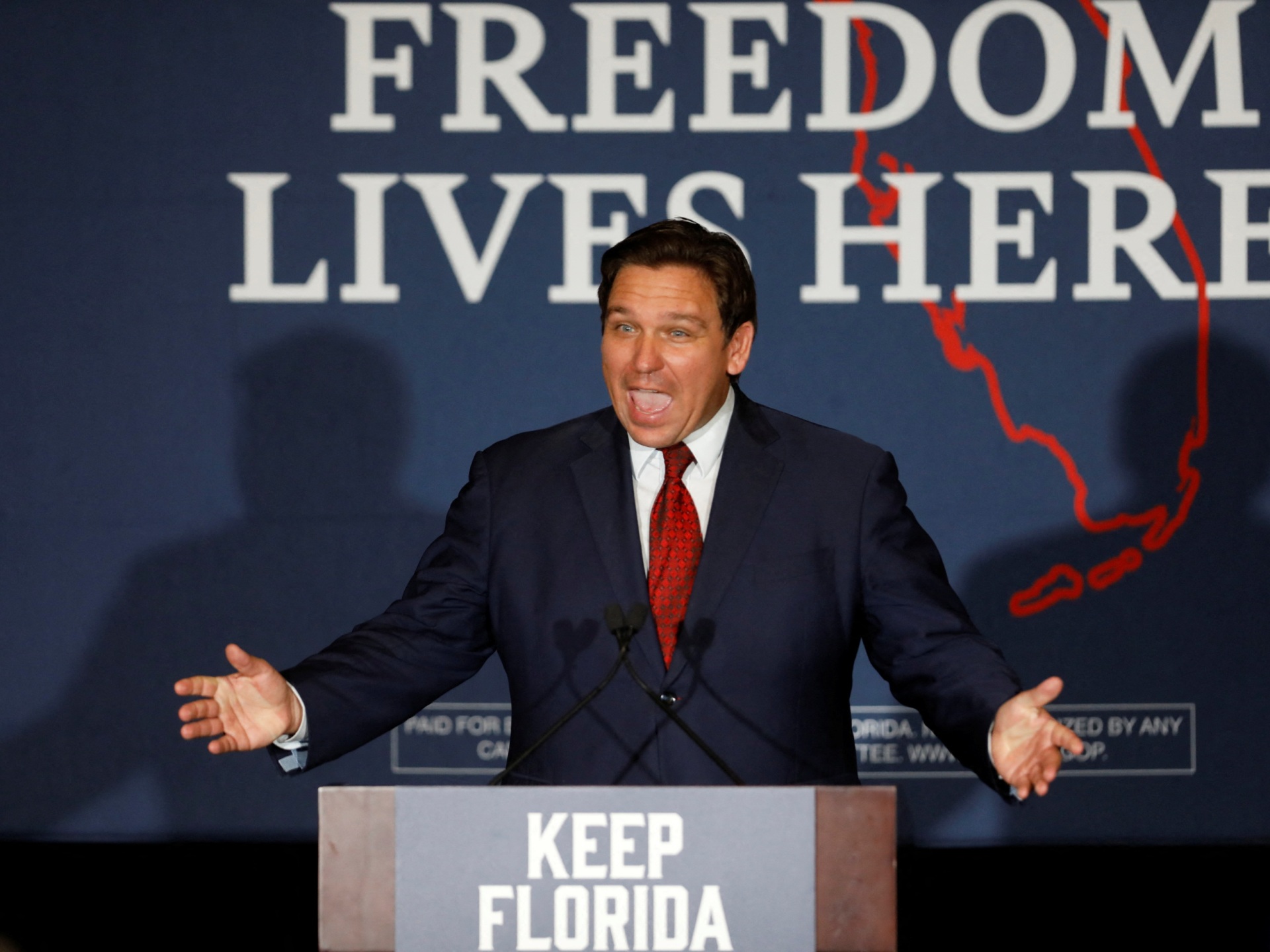 In late August, Florida Governor Ron DeSantis made headlines with a dubious declaration. “Florida is the state where ‘woke’ goes to die,” he said at a Republican Party event in his US state, celebrating a slate of conservative victories in school board elections.

Given the governor’s policies over the last few years – including hostility to anti-COVID measures such as vaccines and masking – DeSantis’s Florida is indeed a prime destination for anyone with a death wish. But this declaration represents more than just a snappy sound bite. Rather, it is a wilful distortion of the reality of “woke” activism and history, and an attack against both the concepts of justice and equality that underlie wokeness and the people who advocate to make these ideals reality.

The terminology of being “woke” – waking up to a new awareness of the world and particularly the oppressions around us – has a long tradition in African American Vernacular English. The term has been used by Black musicians for nearly a century, from 1930s blues singer Huddie William “Lead Belly” Ledbetter to 21st-century hip-hop and neo-soul artists like Childish Gambino and Erykah Badu. The more overtly political connotations of the term were popularised by the Black Lives Matter movement during campaigns in places such as Ferguson, Missouri, before being adopted, or coopted, by non-Black activists in real life and on social media.

It was around this time, in the 2010s, that “anti-wokeness” began to emerge. At first, the main criticism, from both left and right, was against people who were using “woke” rhetoric in a performative or insincere way. In the past several years, however, the very concept of wokeness has been attacked, specifically by conservatives.

While people like DeSantis, who has created his political brand by fighting battles in the ongoing culture wars that he himself has created, or Fox News host Tucker Carlson are among the loudest “anti-woke” voices in America, they are far from the only ones. Right-wing advocates across the country – politicians, pundits, even social media trolls – have spent the last few years demonising wokeness as a destructive radical ideology.

According to the GOP and the conservative media, wokeness – not COVID-19, racism, violence or inequality – is the most dangerous challenge to America today, with “woke” ideology being tied to a variety of largely manufactured societal ills. Some decry wokeness as a new (false) religion, and even accuse it of being used to undermine traditional religious beliefs. Others have condemned “woke racism”, an ill-defined criticism that seems to imply that we are taking the concept of battling racism too seriously and perhaps even engaging in reverse racism as a result.

“Woke history” is condemned for portraying the United States and its founders in a negative light, undermining patriotism. Even superhero movies and shows are now being criticised for increasingly casting actors who are not white men in leading roles, with claims that film studios like Marvel are putting wokeness – here defined as “forced” diversity – ahead of telling serious stories about flying people punching robots and aliens.

Lost in all these accusations are the actual concerns of wokeness: recognising racist violence, combating bias and fostering equality. The verbal sleight of hand that has been deployed against wokeness is not new. The rhetorical tricks employed by conservatives have been used against many groups and ideas.

A variety of terms and phrases have been redefined and demonised by the right, ranging from specific movements like “Black Lives Matter” to general concepts like “social justice” or “equity”. To see how effective these tactics can be, we need only look at a whole generation of white moderates who believe in equal rights but bristle at being called feminists.

But Black activists have long borne the brunt of this redefinition, and it is no surprise that concepts like wokeness that originated in Black activism have received the harshest attacks. In recent years, Black Lives Matter and critical race theory have received this treatment, as have writers and academics such as Nikole Hannah-Jones, Ta-Nehisi Coates and Ibram X Kendi.

Non-verbal forms of protest have also been subjected to this distortion. American football player Colin Kaepernick still remains blacklisted from the National Football League, years after he began kneeling during the playing of the national anthem at NFL games. The reason for his protest – speaking out against police brutality and anti-Black oppression – was clearly stated for anyone who wanted to listen.

Yet, by the time Fox News and the Trump administration were done opining on the matter, Kaepernick’s respectful protest had been transformed into a hate-filled screed against veterans and the American flag. These accusations were, of course, invented out of thin air, but that hasn’t stopped a large swath of the American population from continuing to believe that the quarterback is attempting to attack the country’s most haloed institutions and symbols.

Such slander has real consequences. Kaepernick has had to sit at home, as athletes with less talent and more serious, even criminal, transgressions continue to take the field. And the meaningful discussions that could have been sparked concerning anti-Black violence continue to be obfuscated with debates over patriotism and acceptable forms of protest.

These outcomes are, of course, the point. Modern American conservatism is quite adept at deflecting from substantive debates over reform by creating arguments over language. For all the criticisms placed on the left for enforcing “political correctness” (the same criticisms that have simply been repackaged to condemn “wokeness”), it is largely the right that has engaged in policing language.

The overall disinformation campaign against progressiveness, with anti-wokeness as its latest manifestation, is surprisingly calculated and efficient. The first step was to delegitimise a concept by redefining it, equating it with its most extreme manifestations or simply lying about what it actually means. Thus, wokeness became leftist hysteria over pronouns or attempts to recast superheroes as non-white men, rather than genuine attempts to combat discrimination or increase inclusivity in society.

The second step was to use this manufactured outrage to caricature and condemn the advocates who use this terminology. Thus people like Hannah-Jones, Coates and Kendi have been dismissed by the right as “ultra-left” or “race hustlers”.

Now people like DeSantis have succeeded at the third step in the process, passing laws that actually make progressive conversations illegal, such as the (possibly unconstitutional) Stop WOKE Act that he pushed through the Florida legislature. By eroding the actual definitions of ideas, such as critical race theory, these laws are already achieving a widespread silencing effect over people, such as educators and librarians, across the Republican-controlled areas of the country.

And so allowing the right to shape the conversation over wokeness impacts much more than just semantics. Conceding the debate over “wokeness” is having tangible, oppressive consequences on people throughout the country.

And this is why it’s so important to not simply abandon terms like woke (or feminist or Black Lives Matter) as problematic or tainted. Words have meaning, and there is immense power in the ability to control those meanings. Exercising that linguistic power is an increasingly impactful tactic of those who want to roll back progress within this country.

To prevent such regressive politics from becoming even more powerful, it’s important to hold onto and defend terms, such as wokeness, that symbolise much-needed progress in this country. And defending these concepts means that we must be aware of the full implications of conservative attacks against them.

We must stay woke, even about attacks on the concept of wokeness itself.

The views expressed in this article are the author’s own and do not necessarily reflect Al Jazeera’s editorial stance.