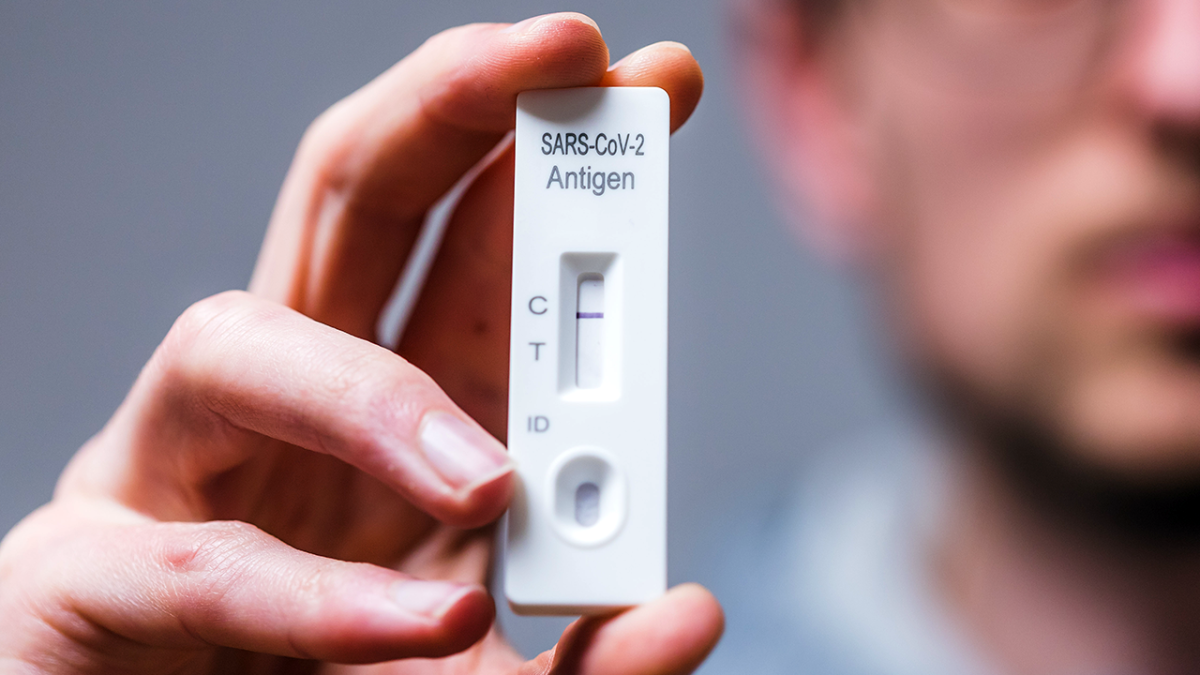 The Illinois Department of Health announced on Friday that only three counties in the state are reporting “high” community levels of COVID.

In a news release, IDPH Director Dr. Sameer Vohra, explained he was encouraged to see community levels declining once again and hospital capacity remaining stable. According to the most recent IDPH data, improvements in case rates have also occurred.

Despite the more contagious “Kraken” variant rapidly spreading in the Northeast, Illinois isn’t seeing nearly as many cases. Still, health officials are keeping a watchful eye on the strain’s spread.

Here’s what else you need to know about the coronavirus pandemic across Illinois today.

In a notable change from months past, only three of Illinois’ 102 counties remain at “high” community level status, with improvements in COVID-19 case rates and other metrics occurring in recent weeks, according to the state’s Department of Public Health.

the “high” category and 53 at “medium” status – marking an improvement from a week earlier. For the week ending Jan. 6, 73 counties were at an elevated level, according to the Centers for Disease Control and Prevention.

For the most recent week, Hancock County in the western portion of the state, along with Marion and Washington counties in southern Illinois, were listed at “high” status. In the Chicago area, seven counties are at “medium” for COVID-19, while three are in the “low” category.

The following counties were listed at “medium” status: Cook, DeKalb, DuPage, Kendall, Lake, McHenry and Kane counties. LaSalle, Grundy and Will counties were all ranked at “low,” data revealed.

The new and highly contagious COVID variant known as XBB.1.5, or informally as the “kraken” variant, quickly rose to dominance in the Northeast, but experts in the Chicago area are bracing for a similar situation to unfold here soon.

The variant has already been detected in Chicago, according to area health officials.

With a new, highly contagious COVID variant known as XBB.1.5 quickly rising in the U.S., particularly in the East Coast, what will that mean for the Chicago area?

Experts say it’s likely the variant, which is believed to be even more transmissible and has been nicknamed the “kraken” variant, will grow in the Midwest and Chicago area in the coming days and weeks.

XBB.1.5, ‘Kraken’: Why is New COVID Variant So Contagious? What to Know as It Rises in Midwest

The new COVID variant XBB.1.5, also known unofficially as the “kraken” variant, continued to rise in the Midwest, according to data from the Centers for Disease Control and Prevention, but what makes the new variant so contagious and are experts expecting a surge?

The CDC has changed its estimates for how prevalent the agency believes XBB.1.5 is in the U.S. late last week, now saying the variant makes up just 27.6% cases, down from the roughly 40% of cases being reported. That would make it no longer dominant in the country, though it continues to make up a majority of cases in the Northeast, with the variant believed to be responsible for more than 70% of COVID infections.

Are Symptoms of the ‘Kraken’ Variant Different From Other COVID Strains? Here’s What Doctors Say

A highly contagious “recombinant” variant composed of two different BA.2 strains, the “kraken” variant has quickly become the dominant form of COVID in the U.S. and is continuing to spread nationwide.

Also known as XBB.1.5, the variant quickly rose to prominence as experts say it is more contagious than many of its predecessors.

Concerns have emerged about the possibility of a post-holiday COVID surge fueled by a new variant, recent large gatherings and the return to the classroom following winter break.

While increases in COVID cases have occurred in other parts of the U.S., weekly case numbers, hospital admissions and weekly deaths declined in recent days across Illinois, according to data from the Illinois Department of Public Health. Across the state, 26 counties are at “high” community level status, as defined by the Centers for Disease Control and Prevention.

What is the ‘Kraken’ Variant? What We Know About the New COVID Variant So Far

You may have heard about a so-called “kraken” variant circulating right now, but what exactly is it and why is being called that?

The nickname refers to the XBB.1.5 variant, which has quickly become the dominant COVID strain in the U.S.

But why the “kraken” variant?

The Covid omicron XBB.1.5 variant has nearly doubled in prevalence over the past week and now represents about 41% of new cases in the U.S., according to CDC data.

As a new, more contagious COVID-19 variant quickly gains prevalence locally and nationally, many are wondering if the XBB.1.5 strain presents new symptoms than previous strains of the virus.

While the variant is still presenting symptoms that have been noted to be consistent with COVID-19 since the onset of the pandemic, Arwady noted that flu-like symptoms are not as prevalent with XBB.1.5, particularly for those who are vaccinated and boosted.

New COVID Variant XBB.1.5: What It Is, Symptoms and What You Should Know

The COVID omicron XBB.1.5 variant is rapidly becoming dominant in the U.S. because it is highly immune evasive and appears more effective at binding to cells than related subvariants, scientists say.

A new COVID variant, marking a fusion between two recent strains that is even more contagious than its predecessors, is beginning to take hold in the U.S., but what exactly is it, how serious is it and what are the symptoms?

Here’s a look at what we know so far and what experts are saying.