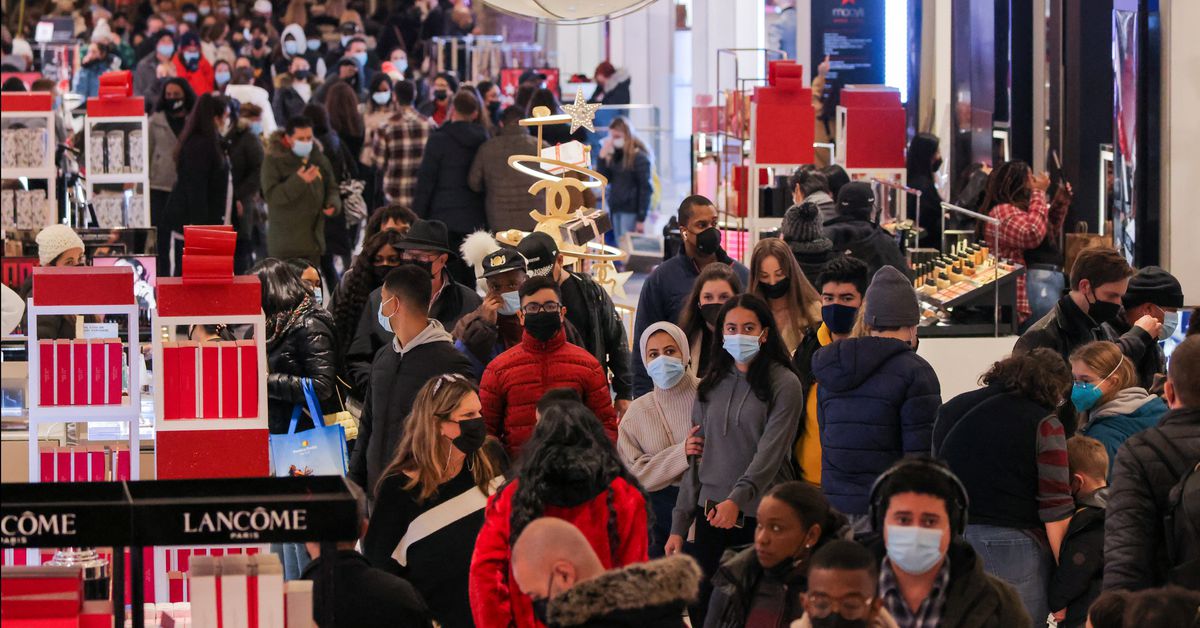 NEW YORK, Jan 24 (Reuters) – The holidays are over, but hopefully you took away some lasting memories. Some of them were priceless and others came at a price.

For the latter, here is the bad news: it is January and the bill has come due.

Some call it the “holiday debt hangover,” and this year seems much worse than most. An ugly stew of inflation, record-high credit-card rates – and the fact that we had already spent like sailors earlier in 2022, even before the holidays – all spell trouble for our 2023 balance sheets.

“More than a third of Americans say they overspent this holiday season,” said Jill Gonzalez, senior analyst for the site WalletHub, which canvassed Americans for its Post-Holiday Shopping Survey.

Roughly $80 billion in credit card debt was added in the last quarter of 2022 alone, on top of the approximately $95 billion racked up in the first three quarters, according to Gonzalez.

“The last months of the year are typically those when people add the most debt, but it’s more than ever in the context of inflation,” Gonzalez said.

Some other worrisome findings: A quarter of people say they already regret their holiday purchases. Meanwhile, 22% say it is going to take three months to pay off those holiday bills, 11% say six months, and 13% say it will take the whole year, by which time it will be Christmas and Hanukkah and Kwanzaa all over again.

That is what you call a vicious circle, made worse by the fact that many of us are living beyond our means anyway, holidays or not.

“When people go into holiday credit-card debt, it’s not like the expenses stop there,” said Tori Dunlap, author of the new book “Financial Feminist” and founder of the site HerFirst100K.com. “You put on another $200, and another $500, and suddenly you’re in a compound-interest hellscape that you can’t get out of.”

So how can consumers defuse a debt bomb and make sure it does not explode again next year? A few thoughts from the experts:

You might not know that your credit-card interest rate often ticks up along with federal rates. That means average rates have shot up to 19.85%, according to financial information site Bankrate, the highest on record.

Those sky-high interest numbers are not going to help you attack the debt principal. Think about shifting that debt over to a card where you will pay 0% for an introductory period.

“My favorites are the Citi Simplicity, the Citi Diamond Preferred, the BankAmericard and the Wells Fargo Reflect,” said Ted Rossman, Bankrate’s senior industry analyst. “They all offer 0% balance transfer terms up to 21 months, the longest on the market.”

DO A TEMPORARY BUDGET OVERHAUL

If you are staring down the barrel of a few thousand dollars in debt, you are going to have to make some tough budgetary choices. Atlanta financial planner Niv Persaud recommends shifting monthly spending away from optional categories like entertainment or travel, at least for a while.

Other advice from Persaud includes selling or returning unwanted Christmas gifts and unsubscribing from shopping-related emails or newsletters, whose temptations will only make the problem worse.

If possible, devote more hours to your side hustle, for an additional income stream to help chip away at what you owe, Persaud said.

If the spending cuts or additional work seem daunting, “remind yourself it’s only temporary until you get your credit card debt to $0,” she said.

THINK ABOUT THE REASON BEHIND OVERSPENDING

Money is a complicated subject that dredges up a lot of emotional stuff: one’s upbringing, family relationships, feelings of self-worth and so on. To figure out why you are going into holiday debt, you may have to do that hard emotional work, Dunlap said.

“Start with why this is happening in the first place. Do you think that ‘Unless I purchase expensive gifts for my partner, they are not going to love me?’ That’s not a financial issue – that’s a partnership issue,” Dunlap notes.

To take some of the spending pressure off yourself, think back to your own childhood holidays, and what was important and what was not. Odds are it was not about money.

“For kids to have a great Christmas, it’s all about the memories created,” Dunlap said. “Trust me that they’re not even going to remember any of the toys.”

Opinions expressed are those of the author. They do not reflect the views of Reuters News, which, under the Trust Principles, is committed to integrity, independence, and freedom from bias.