The Perfect Enemy | How Republicans could still blow the 2022 midterm elections
Skip to content
August 10, 2022
Read Time:6 Minute
Sometimes, however, trends in public opinion are surprising. Even as President Joe Biden‘s approval rating languishes south of 40%, Democrats aren’t just holding their own on the generic congressional ballot. They’re actually improving their position as Biden’s standing, if anything, gets worse.
It’s with this odd phenomenon that we start our look at the political week that was.

Biden’s unpopular, but so are Republicans

Republicans now hold an average advantage of less than a point on the generic congressional ballot, which usually asks respondents some form of the following question: “If the elections for Congress were held today, would you vote for the Democratic or Republican party?”
Republicans were ahead on this metric by 3 to 4 points in May.
Our CNN/SSRS poll published a little less than two weeks ago was one of several recent surveys that have reflected this tightening. Republicans were ahead by an average of 4 points in the two polls CNN released in May that included this question. The two parties were tied in the poll released this month. 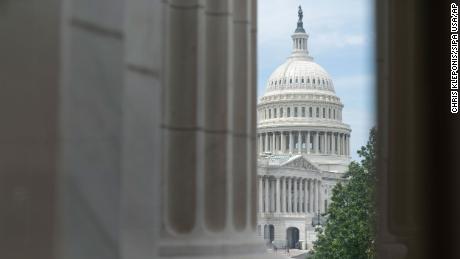 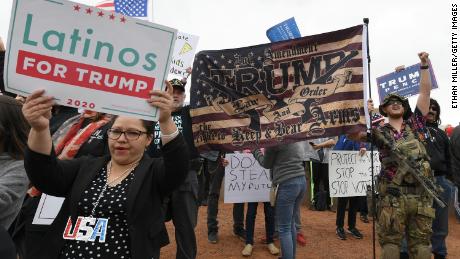 The question is whether the current polling can possibly hold through Election Day. Midterms are usually a referendum on the president’s party. Anger at the president’s party could be what ultimately sways voters.
On the other hand, the current polling is, in some ways, reminiscent of what occurred during the 2016 presidential election. Nearly 20% of the electorate did not look favorably on both Donald Trump and Hillary Clinton. Trump won this group by nearly 20 points and, with them, the election.
When you look at the voters who are backing Democratic congressional candidates but don’t like Biden, the current numbers actually make a lot of sense.
These voters overwhelmingly lean Democratic (85%) when asked about their party identification. They’re also overwhelmingly young (79% are under the age of 50).
The latter of which is consistent with something I noticed earlier this cycle. Biden’s favorable rating among those under 50 is shockingly low (32%) given that younger voters are usually part of the Democratic base.
Yet, these same voters are going 48% to 39% for Democrats on the generic ballot.
The bottom line is Republicans may not be able to count on voters defaulting to them. Put another way, Democrats may not be able to win this upcoming midterm. Republicans, though, could definitely lose it.

January 6 hearings may have hurt Trump

Another related reason Republicans may be hurting in the polls has to do with what has been in the news. Mainly, the former President has been in the news a lot lately. Republicans have generally been better off without him in the news, and the same is true for Trump himself.
It turns out that he’s been getting more unpopular of late.
His net favorability rating stands south of -15 points in an average of recent polls. That’s the worst it’s been in over a year. Trump’s net favorability rating has shrunk every month since March. That drop has been most dramatic this past month, when he was most in the news.
Trump’s net favorability is now lower than his average net approval rating during his time in office.
Something clearly has changed, and one obvious culprit is the House select committee investigating the January 6, 2021, attack on the US Capitol. The lead-up to and the public airing of the panel’s hearings track closely with Trump’s favorability decline.
Likewise, we’ve seen the US Supreme Court overturn Roe v. Wade with the help of justices nominated by Trump. This has proved to be an unpopular decision and has been in the news a lot.
But it isn’t only with the general electorate that Trump may be having some weakness. He’s not doing nearly as well with Republicans either. 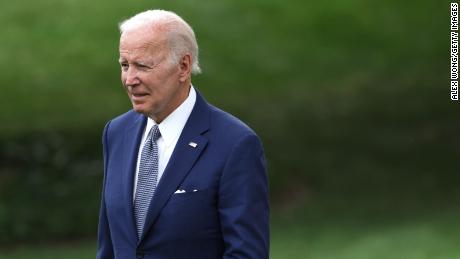 Our CNN/SSRS poll out last week showed that 55% of Republicans now prefer a candidate other than Trump to be their 2024 nominee. It was 49% at the beginning of the year.
We’ve seen a number of state polls come out in which Florida GOP Gov. Ron DeSantis is coming on strong. He was basically even with Trump in a University of New Hampshire poll of Granite State Republican primary voters earlier this summer.
Nationally, Trump’s numbers in the horserace polling against named candidates in a potential 2024 Republican primary has stayed fairly steady at around 50%. DeSantis, though, has doubled his support from last year and has been in the mid-20s in July polling.
Many Republican presidential primaries, unlike Democratic ones, are not decided proportionally — i.e, a GOP winner could need only a plurality of the vote to win almost all, if not all, the state delegates. Trump would prefer to face a divided field like he did in 2016.
It may not happen. Republican voters may be seeing Trump attract all this negative attention and wonder whether it is worth hitching a ride again to his electoral wagon.

For your brief encounters: School is beginning again

Readers in my neck of the woods (the New York City metropolitan area) don’t have to worry about children going back to school yet.
Some students, though, are already heading back. A family member, for example, lives down in Huntsville, Alabama, where public schools reopen this week.
Indeed, according to a 2019 Pew Research Center study, most schools in Alabama and the states surrounding it should be back in session within the next few weeks. Quite the contrast with New York and its neighboring states, where school won’t begin for most students until after Labor Day.

Age matters for environmental concerns: A new Gallup study shows that Republicans (32%) and independents (60%) under the age of 35 are about 20 points more likely to worry a great deal about the quality of the environment than members of those same groups who were 55 or older (14% and 40% respectively). Democrats’ worry about the environment was consistent among all age groups at 64%.
Home births rose in 2020: This one may not be too surprising. The number of babies born at home climbed to 46,000 in 2020 thanks to the Covid-19 pandemic. A Pew Research Center study of data from the National Center for Health Statistics showed that in the five years prior the number of home births was consistently at just below 39,000 in a given year.
Multigenerational homes become more common: Today, 18% of Americans live in a household comprising two or more generations of adults. This is up from 7% 50 years ago, according to a Pew analysis of Current Population Survey data. Americans aged 25-34 were most likely adults to live in multigenerational homes (25%), especially those with less than a college education (31%).
Facebook
Twitter
Pinterest
LinkedIn
Email
Tags: Polling