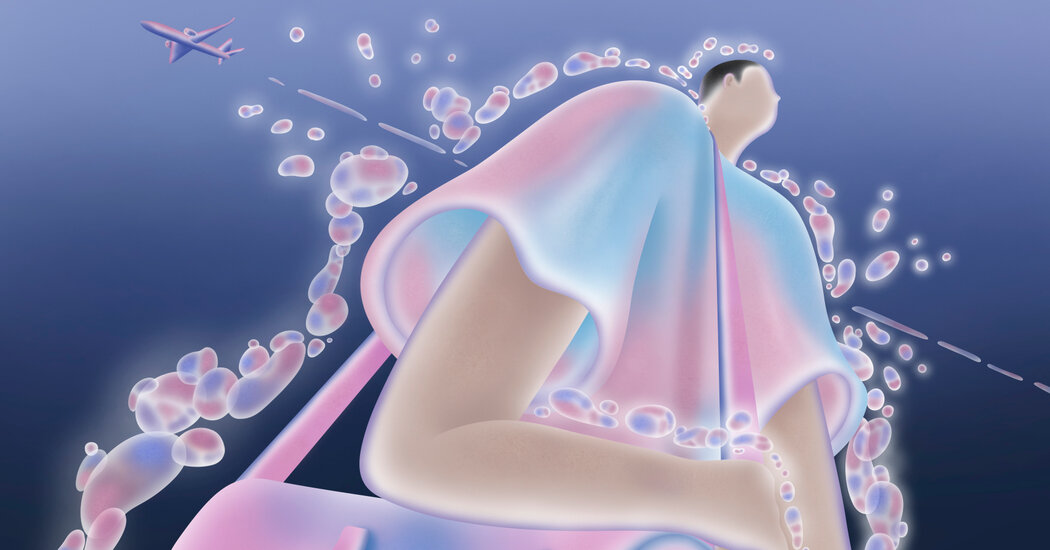 Covid precautions have fallen by the wayside for many. But for the most vulnerable, risks are still front and center.

At the beginning of the coronavirus pandemic, Dr. Linda Yancey set a strict rule for her family: No relatives were allowed to go over to Grandma’s house until they could do so without risking her life. As an infectious-disease specialist at Memorial Hermann Health System in Houston, Dr. Yancey was keenly aware that her mother-in-law’s emphysema put her at high risk of hospitalization or even death if she got Covid.

By 2021, Dr. Yancey’s mother-in-law was able to be fully vaccinated. Later in the year, Dr. Yancey and her husband got their shots, as did their children. But while most Americans now consider precautions like social distancing, wearing masks and quarantining after a Covid exposure optional, Dr. Yancey’s family still does all of them to keep her mother-in-law safe.

Last year, Dr. Yancey and her family held a small Christmas dinner in the garage, leaving the door open so the circulation of outdoor air could reduce the risk of transmission. “We have pictures of everybody with the fine china and nice clothing and the rakes behind them,” she laughed.

As another pandemic holiday season approaches, Dr. Yancey is considering hosting a garage dinner again. Other doctors and public health experts who are caring for immunocompromised family members or who are more vulnerable to Covid themselves are weighing the risks and rewards of crowded trains and planes, indoor dinners and big get-togethers for the third year in a row. As experts, they know firsthand the nuances and the risks of being immunocompromised. “Right now is not the time to let our guard down,” Dr. Yancey said.

Research shows that those who are immunocompromised do not produce a strong response to vaccines. “For someone who is immunocompromised, it doesn’t take a very bad case of Covid to kill them,” Dr. Yancey said. “They just don’t have the same amount of reserve in their immune system to fight it off.”

More than seven million people in the United States, or 3 percent of adults, are immunocompromised, according to some experts. That number includes those who are taking immunosuppressive medicines to treat cancer or autoimmune disorders or to prevent the rejection of organ or stem-cell transplants. And that estimate does not include the millions more with other diseases that decrease immunity — diseases like AIDS; chronic kidney, liver or lung disease including asthma and emphysema; diabetes; and several hundred genetic diseases.

Making matters worse, several new coronavirus variants have emerged, and the vaccines may be less effective against them. While antiviral pills like Paxlovid decrease the risk of hospitalization and death, many experts are concerned that the variants circulating this winter may make valuable antibody therapies like Evusheld obsolete, so immunocompromised people may no longer be able to rely on them to fill in gaps in their protection.

All of this means that the immunocompromised and their families must continue to make tough decisions. Here’s how five experts are planning to spend their holidays.

Marney White, a professor of public health at Yale who has an autoimmune condition that requires chemotherapy, has not been on a bus, a train or a plane since the beginning of the pandemic. “I have only traveled by car and it took quite some time to do that,” she said. “I waited until my physician said it was OK to go out of our bubble, to go see my mother before she passed away.”

Many experts said they were not comfortable traveling unless they could drive their own cars. But those who had braved crowds in airports, for instance, said that they tried to minimize the risks with things they can control, like when and where they unmask.

“I try to avoid eating in the airport, and when I’m on the plane I usually bring my own food and eat quickly,” said Dr. Steven Pergam, an infectious-disease physician-scientist at Fred Hutchinson Cancer Research Center in Seattle who takes care of cancer patients and is on immunosuppressive drugs himself as a result of a kidney transplant in 2003.

Once he’s at his destination, Dr. Pergam heads quickly to his hotel room rather than mingling in the hotel bar or lobby. Others said that they picked outdoor activities at their destinations, or minimized the number of people they met with.

Along with the risks and benefits of various activities, people who are immunocompromised often have to consider how many holidays they have left to celebrate, said Dr. Kari Kenzer, a pediatrician at Children’s Hospital in Omaha who has been flying to visit her husband while he gets treatment for leukemia at M.D. Anderson Cancer Center in Houston. He has also flown a handful of times to be with family, and the couple will make a trip to New York to see their youngest daughter perform in the Macy’s Thanksgiving Day Parade.

“We’ve kind of had to strike a balance between safety and making memories,” she said.

When Dr. White considers taking part in social gatherings, especially indoor ones, a factor that tips the balance in favor of attending is the vaccination status of everyone else in the room. She recently attended a bat mitzvah because the hosts had requested that everyone be vaccinated and boosted and take a rapid test the day of the event. “But there are other upcoming events that I will be declining because similar precautions are not in place,” Dr. White said. She and her family have decided to keep Thanksgiving small and close to home this year, yet again.

This will be the first Thanksgiving that Kelly Hills, a biological risk expert and a founder of the consulting firm Rogue Bioethics, plans to travel since the start of the pandemic. Dr. Hills has an autoimmune condition, and though she is getting on an airplane she, too, will limit time spent indoors with larger groups. Many experts interviewed for this article said they would not eat indoors at restaurants even if they were away from home, because people in public settings might not be vaccinated. Nearly all of them said they had not been to a movie theater, seen live music or participated in other favorite indoor activities since the pandemic began.

“All of these choices on how to protect yourself against society, they all cost money, and they all take time and effort,” Dr. Hills said. “And those are the three things that you tend to have the least amount of when you are at the poorest levels of society, as many disabled and immunocompromised people are,” she said, adding that she considered herself privileged to be able to decide whether to travel and how.

Planning can be a little easier if you have a close friend or family member push for Covid precautions so you don’t always have to, Dr. Hills said. For a recent birthday party, one of her friends helped ensure everyone was vaccinated and had access to rapid tests before or at the event. He also called the event space ahead of time to ask questions about the ventilation system, like when it was last updated and whether the business used a high-efficiency particulate air (HEPA) filter, which is effective at reducing virus transmission.

Some experts said businesses and institutions had been fairly accommodating. “Our church made the balcony seating mask-only,” Dr. White said. “And it’s always quite populated.”

Still, many said they were frustrated that they were not better protected by government mandates. “Attitudes only started changing when public health messaging started changing,” Dr. Hill said. “And the messaging has made it really, really difficult to be immunocompromised.”

“We all want to get back to normal,” Dr. White said, adding that small steps go a long way toward allowing immunocompromised people to equally participate in social events and festivities. “Whenever I throw a dinner party, I ask people if anyone has food allergies or aversions,” she said. “It’s not that different if you want immunocompromised guests to be comfortable and to enjoy themselves.”